Almost 18 months in the making, A Year In The Life – A Fly Fishing Journey showcases 5 of the most amazing fly fishing locations around the world in both fresh and saltwater.

Follow some of best anglers in the world including Charles Jardine and Paul Procter as they fish in some of the most stunning and remote locations on earth. Filmed over a 12 month period in New Zealand, Christmas Island, Iceland, Mexico and England, A Year In The Life lets you see what amazing people, places and fishing can be had, something that we must protect for future generations to enjoy as well.

I am late to the party with this review as this film was released originally at the end of 2017 by Jonathan Tomlinson’s Smokin Drag Productions (who you may remember released Uncharted Waters in 2016). A shiny new fibre-optic broadband connection at home brought me out of the dark ages recently and so I took the chance and caught up with this hour long slice of fly fishing goodness streamed online via vimeo.com. (Once you have paid for the film, it remains yours to view forever via your Vimeo account.)

Firstly it was nice to see some familiar UK faces on screen in terms of Paul Procter and Charles Jardine presenting their segments in their own inimitable ways. As you would expect, some amazing fish and fishing locations are shared with a nice mix of action and reflective segments. Both freshwater and saltwater fans are catered for with the featured locations which are Iceland, New Zealand, England, Mexico and Christmas Island.

Some truly epic brown trout are the stars in Iceland and New Zealand, with a big grayling playing a starring role in the English chalk stream sequence which gets Mr Jardine all giddy.   Flats fishing is the name of the game in the tropics and if you’ve not tried it yet this will give you a great insight in to what you can reasonably expect from any trip to these types of saltwater fly fishing destinations – fast, exciting fish that pull hard, lots of warm sunshine   and a new set of skills to learn and work on.

This is a really solid and enjoyable well-put-together film that I can heartily recommend and look forward to seeing more from this UK-based film making company. 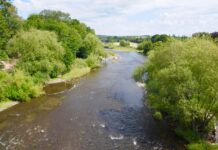 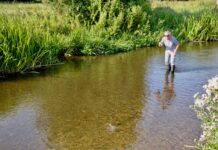 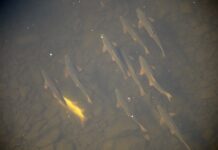