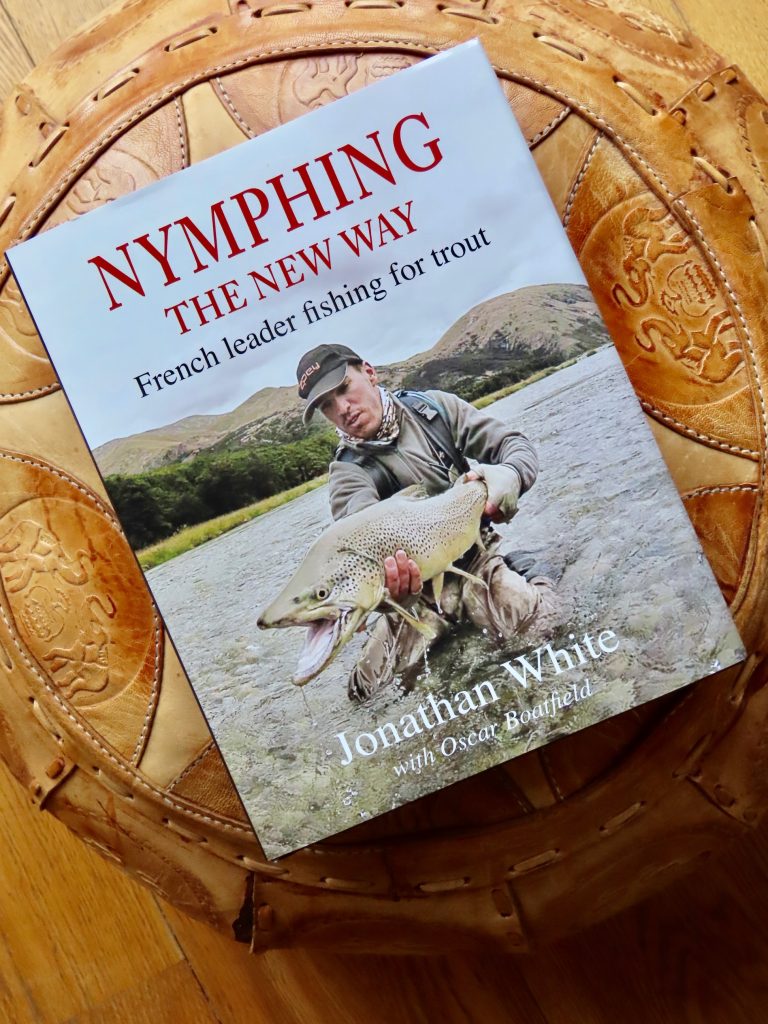 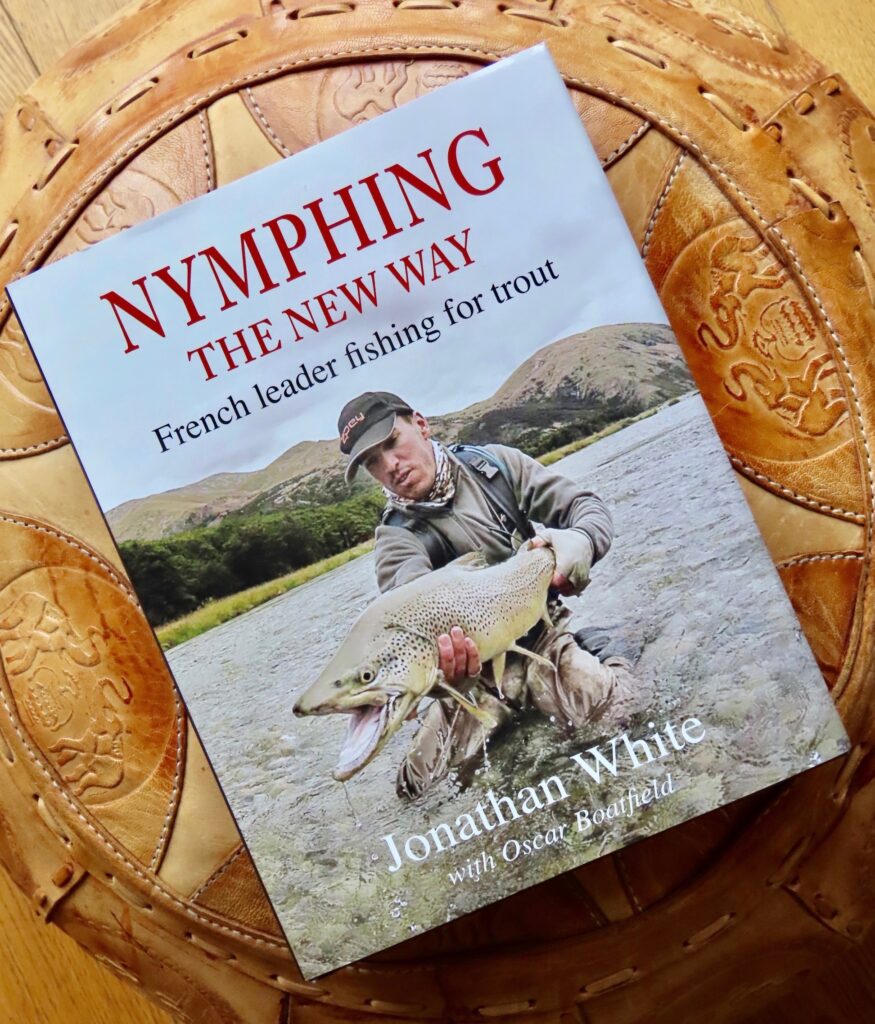 Here at Thomas Turner we are looking forward to a meeting with Jonathan White in a few days. He is, of course, chair of the Rivers Trust, but also a highly respected angler and author of the excellent book on nymphing, especially the French leader way. I felt that part of my preparation for our time together should involve going back to his book… and reminding myself just how excellent it is, and thoroughly up-to-date it remains. I have personally hung around the margins of the Czech and French ways of fishing nymphs for twenty five years, but this book helped me make sense of it all when I bought it a few years back.

In the mid-1990s I led a group of UK barbel anglers to the Czech Republic, and there was guided by the excellent Franta, who went on to be integrally involved with the Hanak tackle company, which Jonathan actually commends in the book. It was Franta, member of the national competition set-up, who taught me how devastating Czech nymphing could be for trout, grayling and even coarse fish, especially barbel. I brought Franta’s wisdom home with me, and fishing the nymph with an indicator became one of my go-to methods everywhere. Then, about 15 years ago, I accompanied the English fly fishing team to a competition in Slovenia. The team was sponsored by Hardy, and I was there in my role as creative team member to take photographs.

This trip was pivotal because the use of out-and-out strike indicators was banned, and all the team members were playing around with alternative tight line methods and the beginnings of coloured leaders. The team included anglers of the calibre of Howard Croston, Jeremy Lucas, Stuart Crofts, and later, Paul Procter, so you can imagine what an eye-opener the week was for me. My trouble was that, even so, I have always tended to stick with my earlier sight bob approach and never really moved onto “French” pastures new. The last couple of years, thanks to Jonathan’s book, I have become more adventurous, and little by little becoming more adept. The diagrams, the images and the text all combine to make this core reading if you want to understand this exhilarating technique. 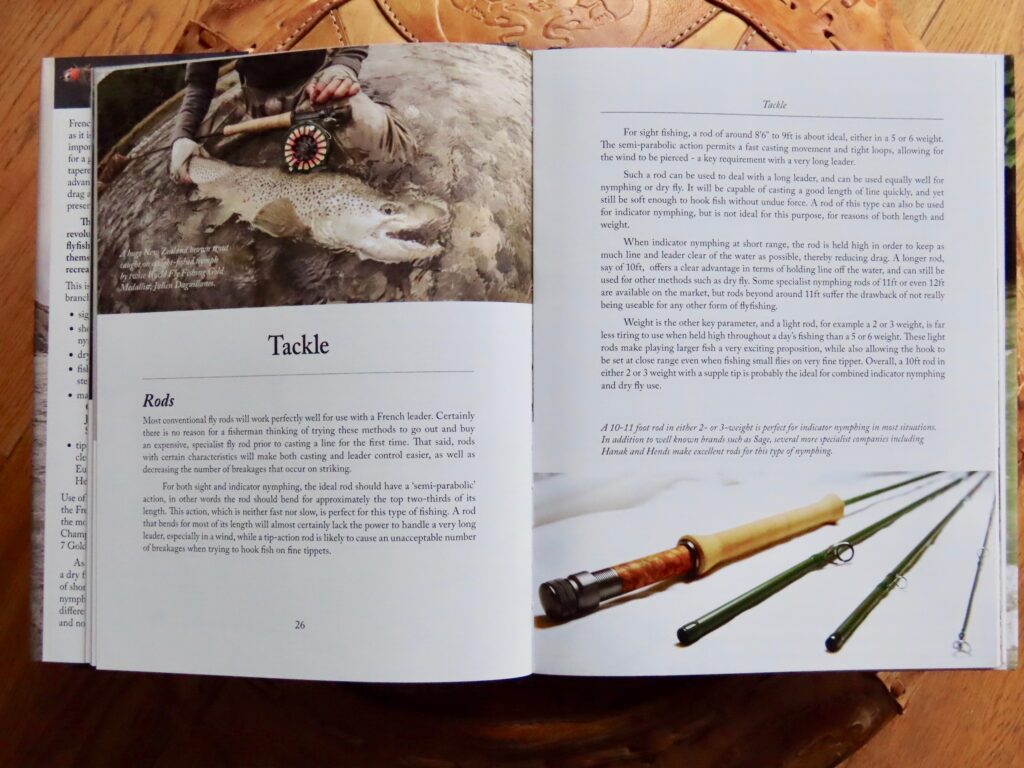 But there’s more to the book, content that encourage me to think I’ll like Mr White hugely when we meet. I like his sense of history and his skill in placing modern techniques in context. Above all, I sense he is not a chalk stream snob. The book extols French leader work, but he explains strike indicator approaches very well indeed and suggests they have a valid place in the greater scheme of things. (When I wrote about and demonstrated Czech nymphing late in the Nineties I was routinely denigrated a float-chucker, so I appreciate Jonathan’s stance particularly.) I also pick up on the hints that he is a grayling man as well, music to my ears at least. And, blimey, he even mentions barbel as an interesting nymph target, so, in my book, his book is spot-on there too.

There is much more to be said about this cracker of a study, but what it also did for me was to bring back my love for brown trout. Over many years I’d perhaps had a surplus of them, but Jonathan’s talk of nymphing for all but impossible monsters stirred me to the quick. And the photographs alone are worth twenty quid in terms of inspiration and aspiration… perspiration too when I think of the effort I have put in to catch a wild brown of anything like similar proportions.

So, roll on our meeting! And, of course, I’ll report back as ever. 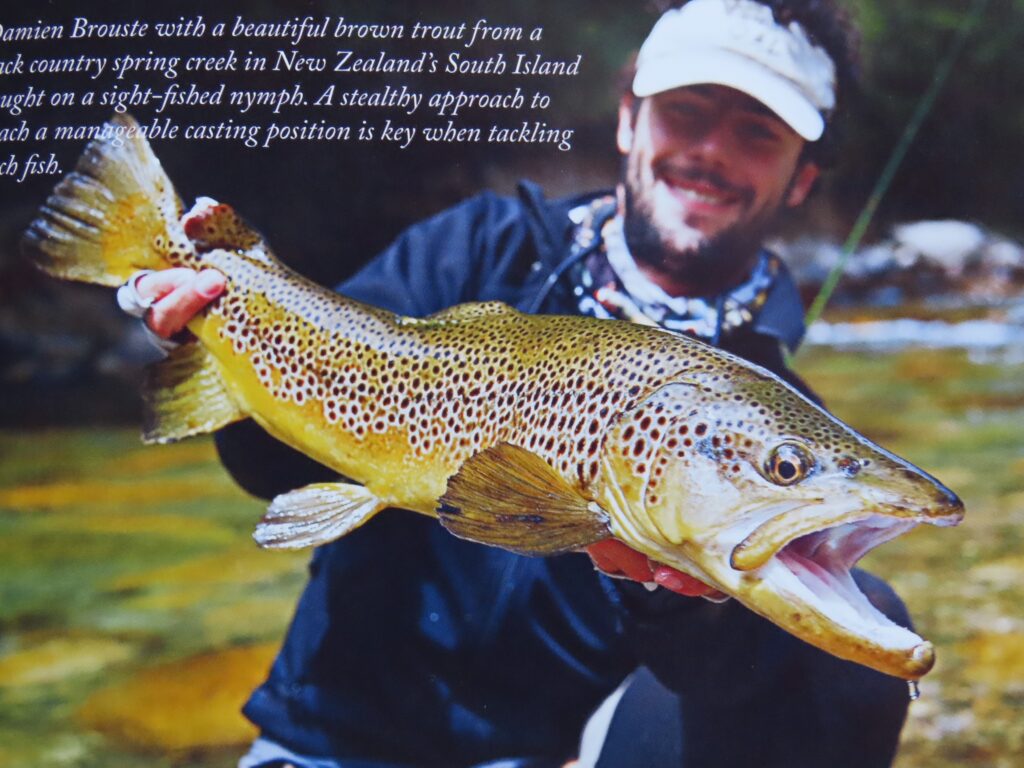 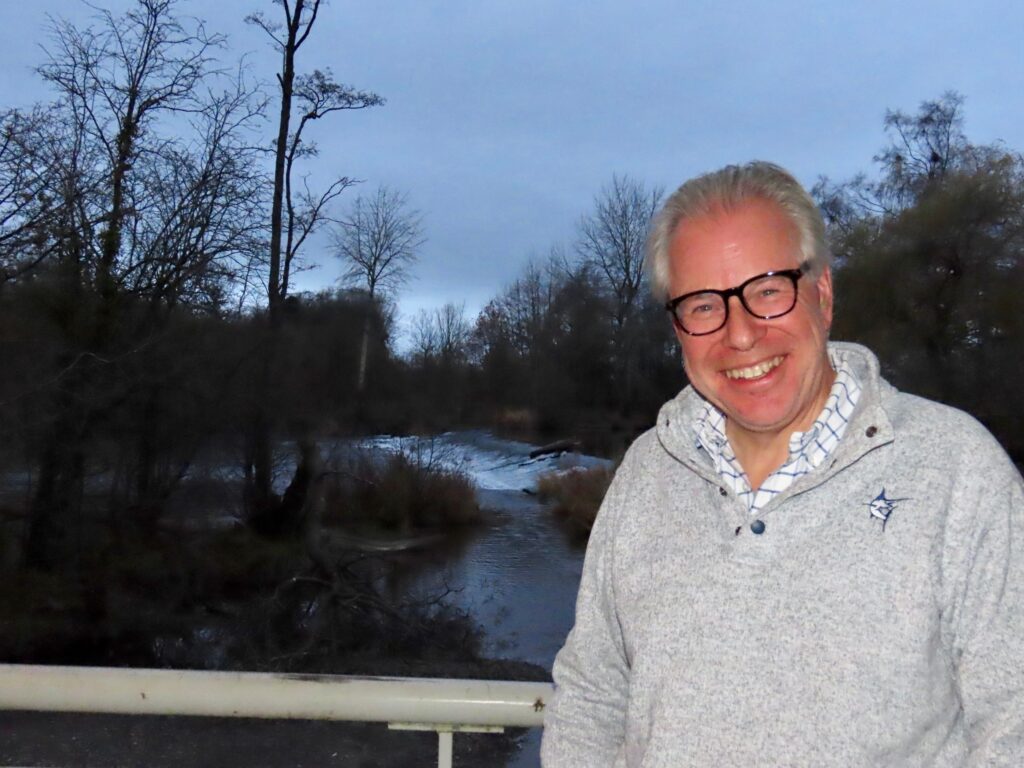 Following on from our book review of Nymphing, I thought it would not be a bad idea to have a coffee with the author, and see that I have got my thoughts right. Graciously, Jonathan thought that wouldn’t be a bad idea either, and we met in a café on the banks of the Teme, his boyhood river. Jonathan is, of course, Chair of The Rivers Trust, but the talk this time round was all on nymphing…

Jonathan agreed that the move away from the strike indicator towards the French leader style was initially in large part driven by the international match scene… and probably perfected by it too. He also pointed out that for twenty years from the mid-Nineties both Czech nymphing and French leader fishing were greeted with a certain sniffiness by the high fly establishment, and that it is only in recent years that modern nymph techniques have become “respectable”. His book might have something to do with that.

We obviously discussed whether the book is still up to date, and my view is that it is. I would agree that in the last five years, nymphing has been adopted by the ‘Young Turk Grayling Brigade’ and some of the under-thirties are now extremely good and innovative, and well worth learning from. However, advances since Jonathan wrote the book are largely tweaks rather than anything fundamental… though I’ll accept that I might be wrong.

What I did not emphasise enough, and what I had not really taken on board was this. The French leader (call it what you will) is a better big fish approach than the standard Czech nymphing one. The strike indicator can be a killer in crystal water especially. It can be seen. It goes in with a splash. It offers resistance to a taking fish. It fishes the nymph, or nymphs, at a predetermined depth, rather than letting them creep along the bed, hugging the contours and searching out all the nooks and crannies.

The French leader, however, is a less intrusive approach by far. It gets the nymph moving more truly down the current, and the angler is very much more in contact with it. The French leader fisher is also, of course, watching the fish being targeted very much more than the nymph itself, which will probably be invisible anyway. A trout, grayling (or barbel) moving across the current will be noticed, and possibly lifted into. The sight of a fish simply tilting can be enough to hook a fish, never mind the slash of a white mouth opening.

But, as I said originally, my guess that Jonathan is a really open, free-thinking guy proved to be true. The man is free of those frequent chalk stream prejudices, and is happy to agree the strike indicator has its place in many situations where the French leader is not effective. He EVEN agreed that my idea of using a fourteen foot trotting rod and centrepin reel could have merit. But I guess he is kind enough not to pop an old man’s fantasies.

Whatever. A great book. A great approach. A great man to share a coffee with on a winter’s day. 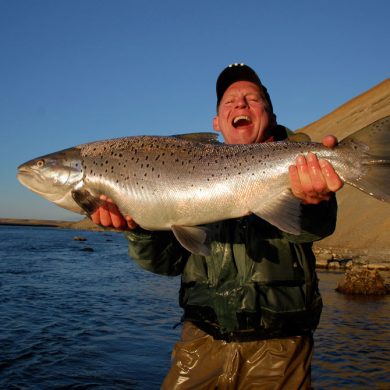