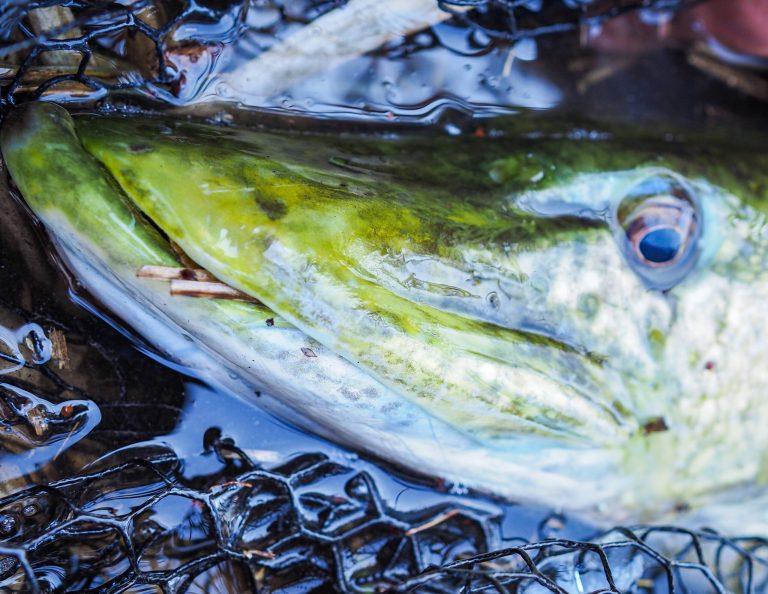 I ended the final few days of the coarse fishing season in pursuit of perch and pike. It was an interesting end, the perch playing hard to get. The pike fishing, however, was insane with most days on the bank or boat producing an average of 20 fish. Despite the non-stop action from smaller fish and a few big followers, the average size was quite small, with most sessions producing just one or two low doubles. There was however one special day, which produced a very special fish. Not just a great size but totally unique.

Now I’ve caught some strange looking pike, dark pike in clear lakes, pike with fiery fins, and pug noses, but this one was a first… It was blue, green, perhaps more of a turquoise colour. It’s a pretty rare phenomenon with a few pike across the globe presenting blue mouths or neon lips, but this one had the full hue across its body. The only other similar looking fish I’ve seen were caught in Canada.

WHY WOULD A PIKE BE BLUE?

After my unusual pike encounter, I took to the Internet in search of any information I could dig up on neon/turquoise pike (that’s what they most often seem to be called). The most logical explanation I could find is environmental adaptation, using the fish’s chromatophores. Chromatophores are colour-changing cells, they give masters of deception and camouflage, such as the octopus and chameleon, their colour-changing ability.

These cells are also present in fish. I’m sure many of us have noticed the variation in colour between fish in different water qualities. This variation also extends to their preferred hunting environment, and can be changed as they transition between environments. In murky water I’ve often caught perch with no stripes that seem to gain them once at the surface. The same goes for fish that start vibrant and change to a darker tone once captured.

We often see strong colour change in both carp and trout as the seasons change. Chromatophores explain the ability. Why would a fish choose blue? Could it be a genetic defect in the cells’ pigment range? Or do all pike have this ability? Why don’t we see more of them? Some say it’s a pelagic hunting adaptation in algae-filled waters, and others believe it could be down to the weed they ambush in. Without an in-depth study and so few examples out there, I guess the mystery will remain unsolved. One thing is very certain, it’s a spectacular fish, and here’s how I caught it.

I arrived at the venue in the morning with pike on my mind. It was blowing a mild Easterly, the sun already bright, not my preference in pike conditions but a lovely day to be fishing. I rigged up a jerkbait rod, with a new 14.5cms Gravity Twitch, and a medium shad rod, then began my search. Roving from swim to swim I started with the jerkbait, before running an 11cms shad through with more finesse. The jerkbait quickly put a small fish on the bank, a lazy take, so I decided to focus on the shad rod, picking out a motor oil perch shad in 11cms. A great translucent green pattern that stands out and absorbs light in bright conditions.

Confident fish were in the area, I spent a few minutes toying with different retrieve styles, eventually settling on a slow steady wind in mid-water. The technique proved perfect and it wasn’t long until a few more jacks had been landed. I passed the rod over to a friend new to lure fishing to see if he could catch his first pike. After a few more jacks we moved into deeper water and it wasn’t long until he connected to something special. A powerful fish, taking line from a fairly tight spool. A double? No, this was much bigger. I watched in awe at the sight of his first lure-caught 20, in his first few hours of pike fishing, a feat that had taken me many years to accomplish.

After the bites dried up we stopped for lunch where I had a think about what technique to fish, knowing I’d never get my shad rod back. Being the brightest part of the day I decided to scale down, picking out a nano jig to fish on light wire with my perch combo. I’d be certain to pick up a few fish using this technique. I picked a swim with deep water and made a cast. I let the lure sink to the bottom, then retrieved it for a few feet before letting it drop again.

Bang! I felt a solid tap and set the hook hard, instantly regretting choosing such a light setup. The rod doubled over and I released some pressure on the drag. This fish was big, possibly the biggest I’ve hooked on a rod so light. I hung on as the fish tore off, taking advantage of each brief opportunity to recover line. After a few minutes I’d coaxed the fish almost to netting range. Naturally, as soon as I unfolded the net it decided to go, ripping line from the reel at quite a pace.

On a well balanced combo I quickly regained the upper hand, and with net at the ready landed my prize. The scales bounced past 25lbs but the weight seemed irrelevant. Instead, I was captivated by the insane colouration, and watched in awe as vibrant green blue fins disappeared back into the depths. 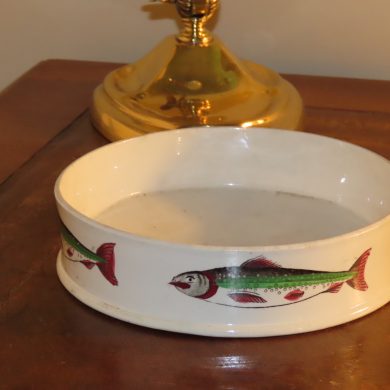