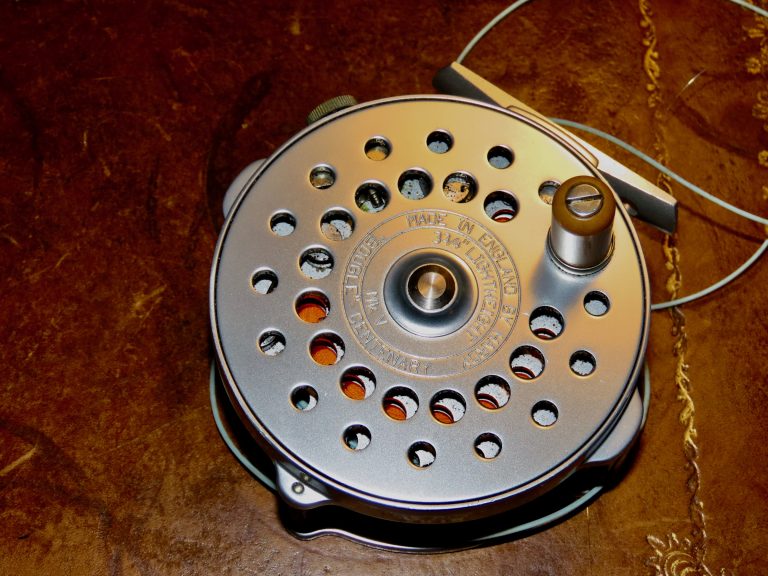 As I’m a part of the Thomas Turner group, I wonder if I can prevail on my great pal John Stephenson to fill me in on the reel pictured? It would be of interest to me, and hopefully others.

A friend in Spain who I have not seen for well over a decade recently sent me a parcel from that country that I have only just got round to opening. In it, at first glance, there were a few reels, flies and various bits and bobs, all dating many years ago to when my fishing in Spain was a major part of my life. He and I bought various items of fishing kit, which it seems he has no use for now, and hopes I might use more profitably. 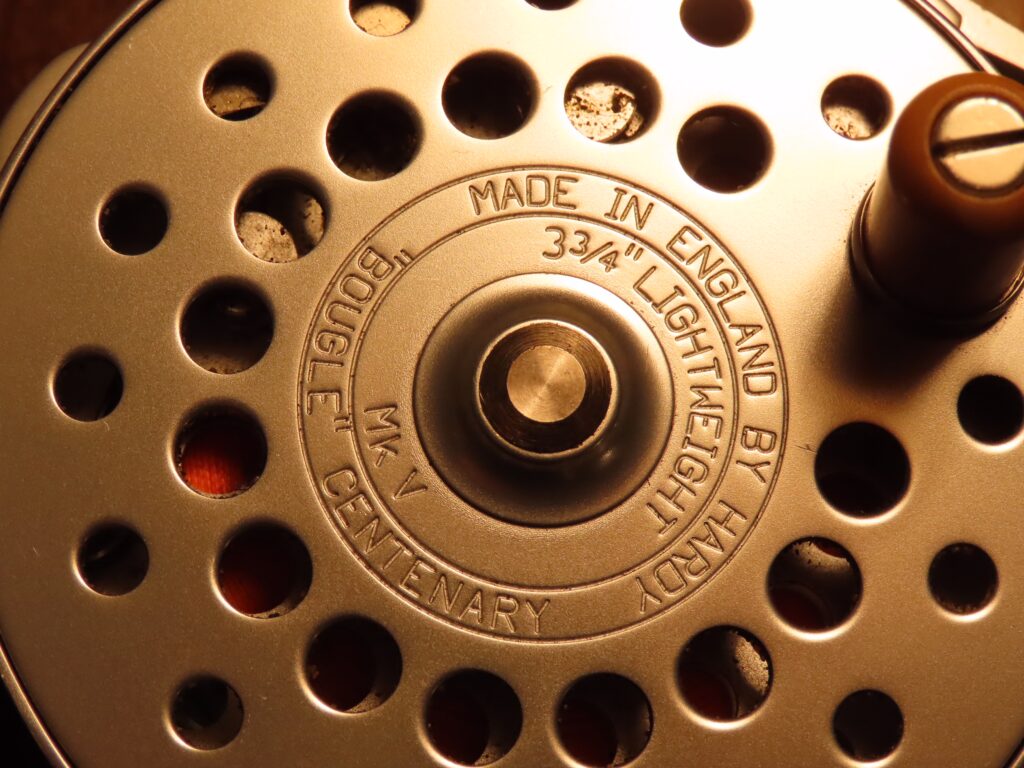 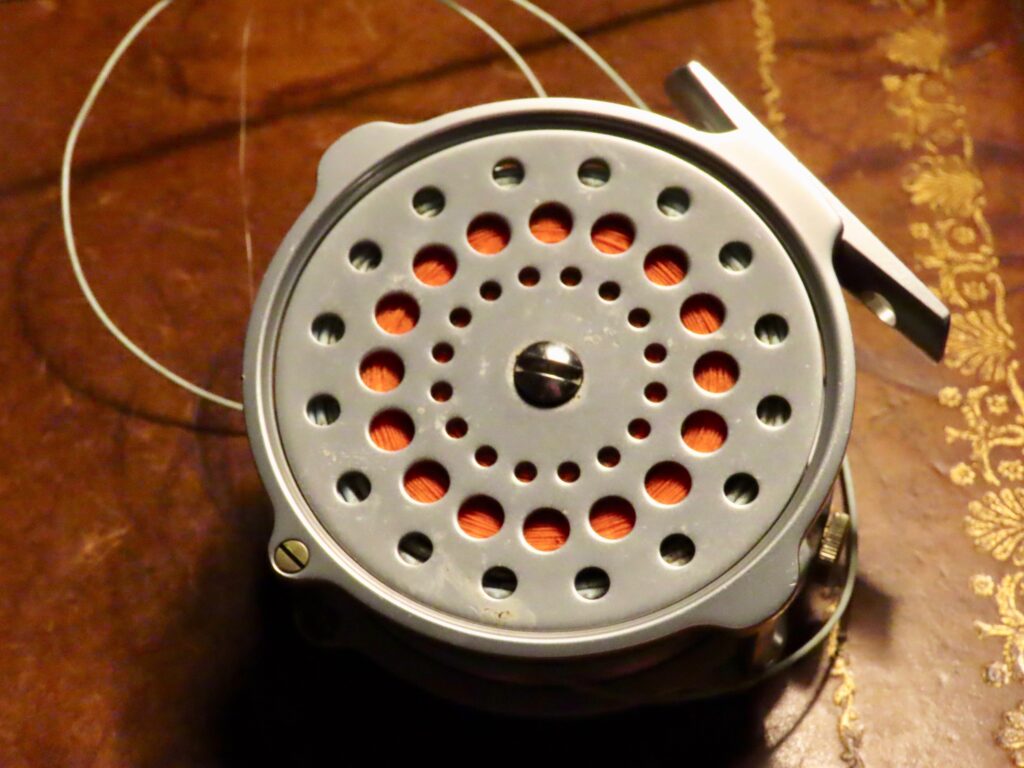 At that time I became fascinated in the culture of Spain, as well as its wildlife and surprisingly spectacular fishing. Between 2000 and 2012, I spent weeks of the year there, especially in Andalusia, where I hunted native barbel and especially black bass. What fish they were! All top water aggression, hammering into poppers with a ferocity that amazed us, that threw cascades of water into that clear blue Spanish sky. My word, Hardy gear was tested to its limits, and what a privilege to be there to record it all!

I was part of a team of bass aficionados, one of which numbered TT supremo, Richard Hewitt himself. The story is a long and twisting one, probably not mine to tell, but we had great times in the sun, in glorious countryside, fishing for gloriously volatile fish. I look back on those days with near disbelief… did those times really happen, or have they grown in my imagination over the years gone by? 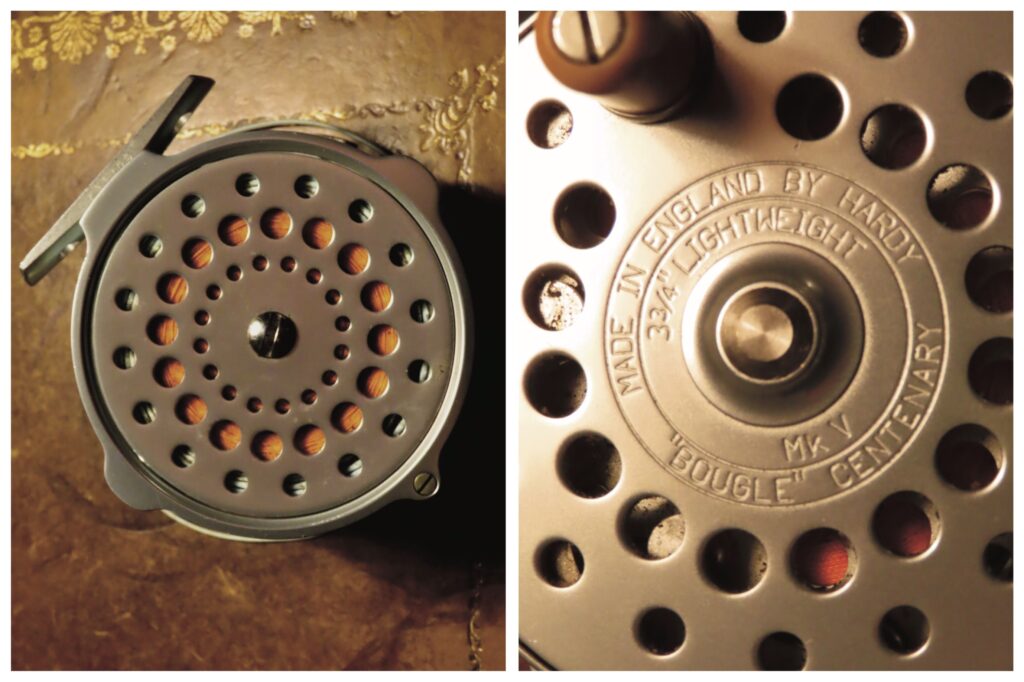 What is for sure is that I was working for Hardy at the time, involved in their “Creative Team” of three. Part of our remit was to photograph and write the annual brochure, which we tried to make ever more spectacular. For a few years, southern Spain featured strongly in our travels, and our work and the brochures reflected this in the early part of the century. They were outstanding times, and I like to think we produced some strong work. My parcel-sending friend became involved to a degree, and he often snapped up gear used at preferential rates. Hence my bag of goodies.

So, Mr Stephenson, in the true spirit of Antiques Roadshow, what can you tell me about my prize, please?

John Stephenson replies: ‘Morning Guvnor. Centenary Bouglé, 100 years after the original in 1903, so we have to assume it’s 2003 production. Value, purely condition-based, if it has papers and original box, £400? Without, slightly less. Unlike the Antiques Roadshow, valuation fee in a plain brown bag, please, and I’m not talking bananas’

Start typing to see results or hit ESC to close
salmon fly fishing River Wye conservation grayling
See all results
More Stories
Norwegian Salmon Need Help Getting Up the Stairs
This website uses cookies to improve your experience. We'll assume you're ok with this, but you can opt-out if you wish.Accept Reject Read More
Cookies Policy