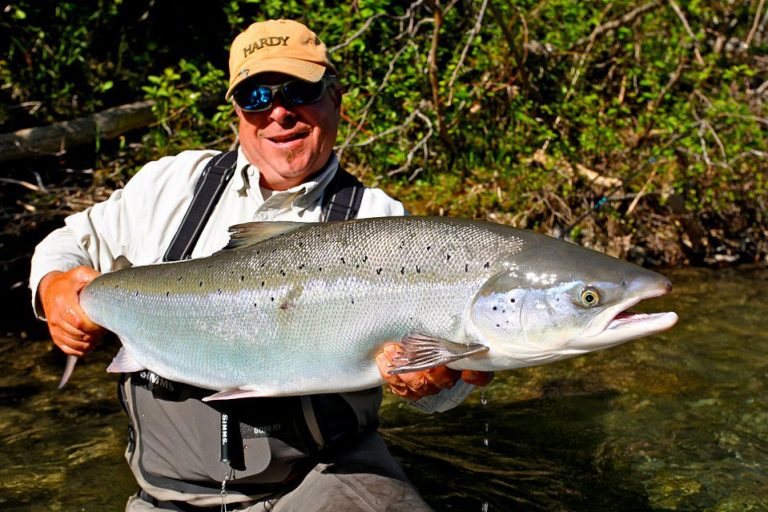 Every now and then the Hampshire Avon can spoil its anglers with a once in a lifetime moment and March 26th was Peter Fine’s day as the angler, who started fishing on the Royalty in 1971, caught the largest Salmon that the Royalty Fishery has enjoyed in 45 years.

Hooked in Edwards Pool, and landed by the Pipes, approximately 350 metres downstream, the stunning cock fish measured 48 inches in length. Whilst the Sturdy Scale suggests that a salmon of this length would be equivalent to 47lb 8oz the fishery believe that to be a little optimistic, and were happy to suggest that the fish was a 40lb plus specimen.

Following the capture, fishery officials returned to the Rod Rood Museum and compared the fish against the Gran Howard captures of the 1950’s. The fish is greater in length that the two 41.75 lb fish he caught in 1951, and 2.5 inches shorter that the Hampshire Avon Record of 49lb 8oz, which measured 50.5 inches.

The successful fly was the Park Shrimp and, having caught his breath, Peter returned to the weir to complete his morning’s fishing on Beat 1 and followed this amazing catch with another bar of silver – a 20lb fish from Hayter’s Pool on the same pattern. 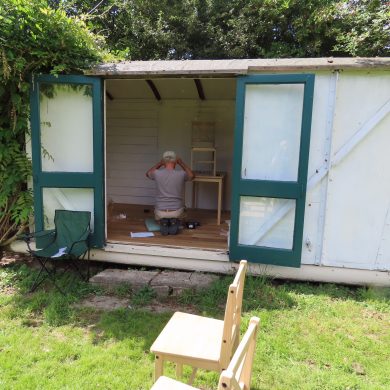