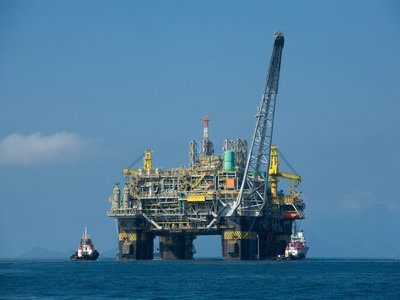 ‘Of Sharks and Little Fish’

See foot of this article for details of the Cadno Silk Lines Usk Valley operation.

A good part of my mostly miss-spent youth was occupied by my wanderings around the globe as a geologist working for various oil exploration companies. This often involved long spells in climates better suited to lying on beaches than to working, but in the desperate search for someone to pay for my wanderings, work unfortunately imposed on my leisure time. At the time this episode unfolded I was attached to a drilling rig in the Atlantic just off the coast of sunny Angola (note…not a nice place for a holiday).  This was a time when the civil war was still ongoing, and it was quite common for us to find our airport blown up by rebel forces between the times we flew in and out. It was, to say the least, an interesting situation. The Angolan government relied on the oil revenues to service the economy (90% of their money came from oil)…most of which they used to pay for the Cuban troop presence. This money, of course, came from American oil companies. So, the US were paying the Angolans who paid the Cubans who fought the rebels, who themselves were funded by the US…(allegedly).

This little circle came to an absurd head one day when our rig was drilling some two or three kilometers offshore from a remote bit of coast, and a local rebel group couldn’t resist having a pop at us with a tiny artillery piece. We could see them through binoculars on a cliff-top in heavy scrub, and when they had the gun sorted out they let off a few rounds in our direction (to much cheering and jeering from us), all of which fell short. The gun was then rapidly packed up and disappeared back off into the bush before the local security forces could arrive. Follow this – we, on an US rig, with a predominantly US crew, were being shelled with rounds paid for by the US, and relying on Cuban troops paid for (ultimately) by US oil dollars to protect us. Isn’t geopolitics fun!

Anyway, I digress. Life on oil rigs is mostly work, eat, sleep, eat, work, sleep, and so on ad infinitum.  Leisure time consisted of trying to decide which grainy video to watch (Rambo 3 or Seventies porn, hard choice!) before going to bed. During the summer months (which appear to last from January to December on the equator, with short, very, very wet rainy bits here and there) it was too hot to sleep properly, and so some diversionary strategies were devised to keep us out of mischief – poker schools (too poor), pumping iron (too strenuous), watching videos (palms hairy enough already) and others. However, the three main protagonists – me (a Welsh dry-fly trout fanatic), Mick (a Jock salmon man) and Kiwi (a Kiwi (?) trout man) decided that fishing off the rig offered endless possibilities, if only we had some tackle……

This is where lateral thinking and ingenuity kicked in….start with the target species. Sharks. Great big ugly ones, up to and exceeding 12’ long….which appeared under the rig whenever the cook threw the ‘gash’ overboard, rather like trout in a stewpond. The swim….we were on the deck of a rig, some 100’ above the sea. Bait…a quick search of the cook’s freezers revealed a load of trussed chickens which, not being beef, the Americans (mostly Texans) refused to eat. End tackle…the rig’s welder soon made us a wickedly sharp size 40/0 hook and leader from ½” rebar and a spare length of hoisting chain. We were, however, rather stuck as to rods and reels. That is, until Mick came up with a ‘cunning plan’. Having seen salmon men and their tackle in action, I can understand his viewpoint, but sporting – well, read on!

Let me give you a quick resume of the geography of the rig. In plan, an equilateral triangle (like a chunk of Toblerone on its side), about 200’ long. On each of the three corners, a leg some 300’ long which we jacked up and down to stand on the sea floor wherever we were drilling. Across one point of the triangle, a three-story block that housed the accommodation, cook, engines etc., on the roof of which was the helideck and a portacabin, bristling with aerials, which housed the radio operator and his equipment. In the corner opposite the accommodation block was the drilling mast and ‘workings’ of the rig. On each side of the rig, between the mast and the accommodation, was a boom crane used to lift equipment on and off the rig. It was the latter item that Mick fixed on as the answer to our prayers…the cranes. Having seen the size of the sharks he argued that we would never get them in by hand or on any rod we could cobble together, but with a 20 tonne crane…… Reluctantly, the Kiwi and I went along with his plan.

Our chance came when we had to shut down drilling operations to make essential repairs to the rig. We alerted the crew and the cook, who all assembled on the helideck to watch the action. About the only person not there was the radio operator, who had to stay in his cabin to monitor the airwaves. We attached the hook and chain to the portside crane cable (with a 5-gallon plastic container as a float), baited the hook with a whole chicken, and signalled the cook to throw over the groundbait. Then, all three of us crowded into the cabin of the crane (in a space meant for one) and cast out. As the slick from the cook’s gash trailed off down-tide, the sharks put in a rapid appearance and we were ready for the first bite.

From our perch above the waves we could see our float bobbing away below, and a little judicious ‘mending’ of the line (by traversing the boom of the crane) enabled us to position our bait in the middle of the frenzy of feeding sharks. With little or no hesitation the float dipped under and a haul back on the retrieve lever set the hook…..

Playing 1000lbs of angry shark on a 20 tonne crane isn’t quite fair – to the shark that is! As we had forgotten to put a barb on the hook we didn’t give him any slack, but unceremoniously hauled him out of the water and up onto the helideck , where a crowd of Angolan riggers swarmed all over the poor beast with knives and large blunt instruments, reducing him to steaks in a flash. You can’t really describe a pickaxe handle as a ‘priest’, it’s more like an Archbishop!

We dined well that night, on fresh shark with garlic butter, green beans and pommes frites. After a month of frozen food, it was a banquet. We quickly decided that the morrow would see us go a-fishing again (and promised the rig boss that yes, we would hose the blood and guts off the helideck first).

The next day dawned hot (again), and soon we were in our swim. Or rather, since the tide was setting in the opposite direction to the day before, we were all set up on the starboard crane. On went the chicken, over went the groundbait, and down to the sea went our tackle. It trotted off quite nicely in the tide pull, with only occasional corrections to the winch spool ‘drag’ lever to slow it up. Soon, again, we had a bite and hauled back on the retrieve. This was a real beauty….14’ of mad hammerhead. The spectators were cheering, even the radio operator was looking out of his window (his cabin was on the starboard side) and we winched the beast, kicking and struggling, out of the water and up over the rails towards the helideck. This, unfortunately, is where things started to go pear-shaped. To clear the radio cabin, we had to pull the crane boom back towards the vertical to gain a bit of height. It would appear that sharks suffer from vertigo, and the one we had attached took exception to being 170’ above his natural habitat and struggled even harder. Remember our hook….the barbless one? With one bound, he was free……I’ll swear our shark did a one-and-a-half pike on the way down. The re-entry wasn’t perfect, though; being marred somewhat by the encounter with the roof of the radio cabin, which proved no obstacle. Straight through, no problem.  Barely a second later a screaming radio operator exited stage right, leaving behind a cabin full of angry shark, thrashing madly to the tune of smashing equipment.

Have you heard of the acting term ‘corpsing’? I believe it describes those times when you are laughing so hard that you are incapable of doing anything. There were three of us, crowded into the tiny crane cabin, corpsing for all we were worth, while pandemonium reigned on the helideck. Two riggers were restraining the radio op. who wanted to kill us, while the rest (or at least those who weren’t helpless with laughter) were debating as to who should go into the cabin and dispatch the shark, who was still having a ball with the electronics. A two-pronged flanking movement through the (now missing) windows, with a diversionary feint through the door, proved successful and the poor creature was finally subdued and dispatched. Us poor fishermen were finally coaxed out of our swim by the rig boss threatening to feed us to the sharks if we didn’t come down and face the music.

Fishing was banned from the rig after that. We decided to hide the true facts of the radio-room massacre by staging an accident with a load of drilling pipes, dropping them onto the remains of the cabin and blaming a frayed loading sling. After all, as we pointed out, the rig boss had given us permission to fish and his *** was in the sling too, as the idiom goes….

Cadno is the only maker of 100% silk fly-fishing lines in the UK. Based in the Usk Valley, South Wales, Stuart manufactures premium grade lines for discerning anglers worldwide. He welcomes trade enquiries as much as he delights in serving individuals with an eye for something special. 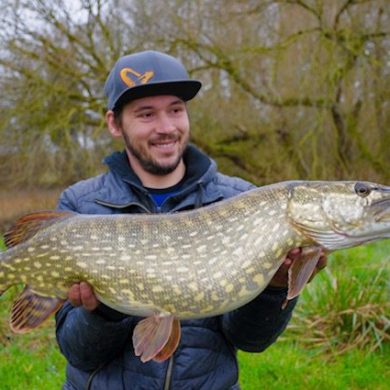