The Duke of Edinburgh, Hover Stools and the New Face of the 1st Class Stamp

Hello everybody and Happy New Year.

Oh, we did that already apparently, no matter we shall press on regardless with this latest tranche of guff and a brief resume of movements among the sunlit uplands of the Dever Valley.

Ok, it may not be brief, but on we go all the same.

Willows continue to be attended to along with a few clumps of hazel. It’s a fire a day at the moment, which won’t please the clean air lobby, but then fire has been around for a very long time and some native Americans managed to live to a great age in a smoked filled wigwam, and at this point it may be apposite to come out and say yes, I am a serial burner of wood.

The mother of all wood burners has heated our home for the past twenty seven years, for fifteen of which it powered all the radiators, so it was nicely alight for many months of the year. It instils an appreciation of a decent bit of wood, and the logs we currently burn have been down and seasoned for three years or more. It’s a clean burn with the moisture content of some of the logs introduced coming in around fifteen percent (my cutting edge moisture meter records our kitchen chairs as eighteen percent, although I may have spilt something)

Damp wood is the dirty burn in a domestic wood burner.

Anyway, clearance work in the wood has resulted in increased traffic speed on the main track. The Duke of Edinburgh interrupted his passage along the Highway to the Sun a few days ago to drop in to talk ermine and pearls with Lord Ludg.

He asked for a go on the tractor and this happened.

Phil was ok, although he was very quick to invoke the security risk card and hightailed it in his protection officer’s car, leaving Lord Lug and myself to pull the thing out, but hey, that’s the Windsors for you.

On me everyone (sotto voce,)

There are now Arctic Char in the River Test.

You heard it her first so adjust your fly boxes accordingly.

An ancient dweller of lake and loch and particularly fond of an alpine environment, a load rocked up on the middle river recently. OK it’s a salmonid, and yes it’s a species native to the UK, but not native to a southern chalkstream. Don’t get me wrong, I’m all for promoting biodiversity and at this great age, nothing excites me more than a new fish to seek out. But command centre central tell us off for this kind of thing. Only this time it all seems to have been hushed up. There are only a few places they can have originated from, and they didn’t catch the bus from Windermere, but Arctic Char in the Test, who’d a thought. Takes me back to the post teenage mutant ninja turtles age, when several mature angry terrapins stalked the margins.

Out and about in the wood this little critter is currently thriving on the stumps of Christmas trees that have fallen over or been felled in the past few years.

Turkey Tail fungus, or Coriolus Versicolor for those with a Latin bent, it is a panacea for most, if not all ills, and with medical shortages forecast for the spring our window sills are currently covered in the things drying out in the winter sun.

Trials to ascertain effective dosage begin next week, possibly on the cat as she currently has a runny nose.

While we’re on animals. and revolutionary ones at that, Otis and Moss currently vie for the job of “next face of the 1st class stamp”

The lines are open , vote now to win a unique book of first class stamps.

Late last year I put in a freedom of information request to the weasels at the local water company for historical date regarding groundwater levels at their pumping station in the village. I have made several such request to various parties in recent years and UK law requires that the information requested is produced in two weeks. The EA respond well as do our local council, our local water company however….

Three requests and a couple of months later a do not reply email arrives with an excel spreadsheet displaying a list of numbers. No key, no title or possible means of ascertaining what the numbers presented represent.

Another request has gone in, but private water companies are a law unto themselves so it may be a word document with random letters that arrives in a few months time.

In entertainment news, Alan’s back!

Steve Coogan has been doing the rounds talking about his film piece centred around Laurel and Hardy’s tour of the UK, and confirmed that Alan will be hosting a “One show” style programme, which is welcome news and a reason to look up and not down in these depressing times. I’m of a similar vintage to Coogan and grew up in the same corner of the country. Paul and Pauline Calf are several of my best mates and Saxondale once fixed our boiler when he should have been seeking out rats. Alan has been an ever present in my life since The Day Today, and whither Sue Townsend, as I’m sure Adrian Mole would have developed in a similarly rich vein.

Yes, Alan’s back and that’s a good thing for everyone,

North Norfolk Digital, thanks for sharing.

I may have dreamt this next bit but apparently Child B, sorry our son William, has just turned twenty four years old.

Which seems crackers as I’m sure I was throwing balls at his fourteen year old head in the Longparish nets a few weeks ago.

Here’s a futuristic picture from the future of us all on our hover stools (first featured in the Bleep and Booster section of the 1974 Blue Peter annual) taking in St Pauls and Londinium.

Questions I’ve asked myself each day this week: 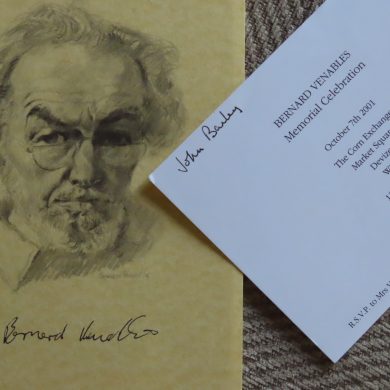