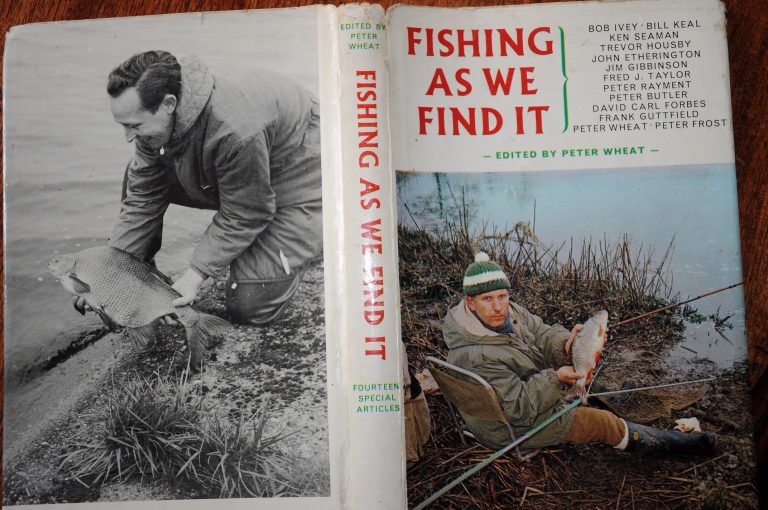 TT Book Club: Fishing As We Find It

There are many copies of this seminal book on eBay, from £3 to £50-plus, and I’d advise the investment. As the photograph of the cover shows, Peter Wheat assembled an all-star cast of contributors for this volume, including Jim Gibbinson, Trevor Housby, Fred J. Taylor, David Carl Forbes, Peter Frost, Peter Butler and Frank Guttfield. The majority of these names belonged to the Young Guns of specialist angling at the end of the Sixties, when specimen hunting as we know it had just started to take off in earnest. This type of pioneering, innovative angler just did not really exist pre-war, and it was largely down to the influence of Richard Walker that Peter Wheat found the writers that he did. It is hard to believe now that a book like this could be so intoxicating then. I, along with all my mates, was totally captivated. This was in many ways the book we had been waiting for. Walker’s works were good but this was better because it showed that catching big fish was not in the gift of one man, but something we could all do if we tried. In fact I tried so hard I all but screwed up my O Levels, and made my parents regret their choice of Christmas present!

Whilst this book, for me, helped usher in the modern age of specialist angling, it was still surprisingly naive. In true Mr Crabtree spirit, the thrust of most of the essays was all about watercraft and fish lore. Whilst mention was made of modified rigs and a few off-the-wall baits, the message remained pure Bernard Venables: know your water and quarry, and catch your fish. As this priceless book shows, the best angling brains had no idea of bolt/hair rigs, boilies, pellets or even particle baits. Freelining and bread flake were still the go-to methods and baits of the day.

How soon things were to change in the area of fish conservation as well. There is a photo of well-known angler Geoffrey Bucknall unhooking a pike that will make you squirm, and not many of us would pose with two twenty pound mirrors on rock-hard summer grass the Bill Keal way. Peter Frost and Frank Guttfield both showed their catches on well-wetted tarpaulins, and that set the tone for us teenagers until the mid-Seventies at least.

Superficially, there is a post-war naivety about the photos, and much of the wording, that is comforting but somewhat misleading. Yes, you still wore wellies in winter with trendy, white, fisherman’s woollen socks neatly folded over the top. True, many anglers still cycled to their waters or caught the bus, but this assembly of guys would have done well in the modern world of social media, make no mistake. Six years on, and David Carl Forbes was making my first steps into angling journalism a misery by labelling my roach as hybrids – though as John Wilson told me, the only thing worse than being talked about is not being talked about. As I entered my twenties, I met a good few of the contributors and I found they were not quite the heroes I had expected, and often quite the reverse. Peter Frost, though, was nothing but generosity when I met him at Tring, and so too was Jim Gibbinson when we tench fished in Suffolk.

But, of course, special mention must be made of the late Frank Guttfield who became a true mentor to the anglers of the generation beneath him. It was Frank who did a Peter Wheat, and edited the Fishing As We Find It of the seventies. The Big Fish Scene was published almost exactly a decade later and, like Peter, Frank pulled in the new names of the period. Notable “stars” were Kevin Clifford, John Sidley, Martin Gay, and two young Norfolk roughnecks, Johns Wilson and Bailey. Of course, specialist angling would have developed without help, but Fishing As We Find It, Peter Wheat and Frank Guttfield, certainly pushed it on its way. 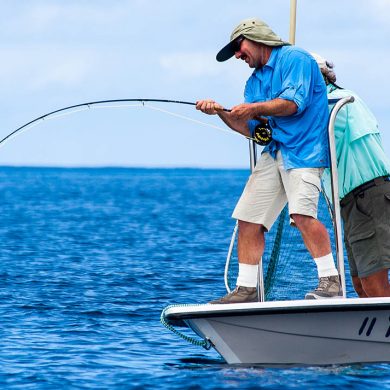