A Milestone Breakthrough in Salmon Farming?

The test system, the first NASF is aware of in the country, is a 40m diameter enclosed system containing 22,000m3 of water and holding 200,000 fish.

Originally Marine Harvest had planned to use the system to raise smolt to the 70-40g size before putting them out into open water pens, but the results were so encouraging that they decided to keep the fish until 600-800g. However, when the young fish had reached that size the results were still so good that they decided to keep the fish for the complete cycle until slaughtering, which will take place next year.

The fish at the time of NASFG’s visit weighed about 1kg, looked very healthy with no, or very little, sign of wear on their fins and no wounds or scars. Indeed it was noted by the visitors that the fish looked very similar to wild salmon.

The results so far have been very good, exceeding all of Marine Harvest’s expectations, and NASF were pleased to note that everyone involved in the operation and monitoring of the test station was very enthusiastic. In terms of commercial viability it appears as if, to date, Marine Harvest can report less mortality than with comparable fish in open pens and could expect a better price in the market as the fish are ‘greener’  – having spent their entire lifetime in a closed system.

This type of system may set the standard for the future of salmon farming and, if replicated, could mean the beginning of the end of the lice problems seen today. It is still early days but hopefully it could be a very important milestone towards a major breakthrough for salmon farming. 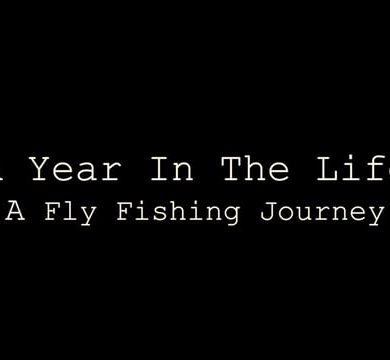 A Year in the Life – A Fly Fishing Journey
This website uses cookies to improve your experience. We'll assume you're ok with this, but you can opt-out if you wish.Accept Reject Read More
Cookies Policy