A Record Year in Sight for Iceland

Orri Vigfússon reports that many rivers have already surpassed their average catches and, provided the weather stays favourable, this year is set to become one of the top four seasons ever recorded in Iceland.

The star-performing naturally-stocked river is the Miðfjarðará which has recorded 5.485 salmon, setting an all-time Icelandic record. By comparison its average catch during the period from 1974 to 2013 was 1,488. Notable improvements have assisted salmon migration including a fish ladder, built in the 1990s, which opened up new stretches of gravel for spawning.

Close behind it is the Blanda which has also had a record season with 4.665 fish landed. Its average catch from 1974 to 2013 stands at 1,160. Effective management and the installation of a small dam in the headwaters which significantly improved the clarity of the glacial water, have contributed to this phenomenal increase in numbers.

Top of the catches table is the West Ranga, south of Reyjavík, which does not rely on indigenous stocks and operates a very successful smolt-release programme.

It is very encouraging to note that most of the major Icelandic rivers are showing an increase of over 30% against their ten year average, with marked improvements for the Svalbarðsá, Hrutafjarðará, Ormarsá, Sandá and Jökla.

Fishing in the likes of Laxá í Aðaldal (‘Big Laxa’) has seen a more modest upturn in catches but with a higher proportion of big salmon. It is heartening to note that nearly all these trophy fish – weighing in the region of 20 pounds – were returned.

Because so many Icelandic rivers have implemented catch-and-release policies for all or part of their season during the past two decades attention should be drawn to the figure for 1978. At that time most fish landed were killed, so when comparing 1978’s figure to the recent totals we should take into account they include a recapture rate of around 25%. It should be noted that 2014 was one of the poorest of all time, and 2012 was also a very lean year.

Over the last few decades the North Atlantic’s salmon stocks have been in steady decline, especially in Scotland, Norway and Canada. Norway has closed 110 rivers where the natural stocks have crashed below safe biological levels, mainly because of the negative impacts of coastal fish farms (sea lice, escapees, disease, etc.). These effects have been assessed by The National Science Council of Norway.

The continued improvement of Iceland’s salmon catches (with the exception of last year’s global collapse) shows that NASF’s philosophy on salmon management works, and works well. The nation has enjoyed record seasons since 2005 which just demonstrates what can happen when there has been no netting of salmon for 20 years, catch-and-release is widespread and there is very little aquaculture.

As a result Iceland remains one of the world’s premier game fishing destinations offering some of the most reliable and productive salmon angling.

The North Atlantic Salmon Fund, NASF, is an international coalition of voluntary private sector conservation groups who have come together to restore stocks of wild Atlantic salmon to their historic abundance 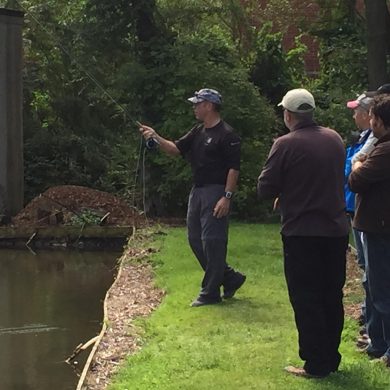