“We are delighted to announce that from the 1st of July Alex Jardine and Steffan Jones will be joining Aardvark McLeod. We are looking forward to incorporating their expertise into our small team and know they will both bring a whole new dynamic to what we can offer our clients.

Alex was raised on a diet of fly fishing and I am pretty sure that Charles Jardine only gave him fly reels to play with instead of toys! Alex has fished for the England Youth Team, has travelled extensively looking after groups of people and guiding them as well as giving numerous casting demonstrations alongside his father. Alex ties flies for the Partridge pro team, is a qualified casting instructor and writes the “Chalkstream Diaries” (for our own FlyFishing.co.uk website – Ed). He has extensive knowledge of fishing in the American West, East Coast USA, Canada, Portugal, the Czech Republic and New Zealand.

Steffan joins us after four years at Frontiers International. His main passion remains his much beloved sea-trout on his home waters in west Wales on which he has guided since he was 15 years old. However, since this time he has added an enviable roster of destinations to his experience and knowledge both in the freshwater and saltwater arenas. Steffan specialises in South America, but also has great knowledge of Iceland, Russia, New Zealand, Slovenia, Bosnia, Seychelles, Cuba and Mexico. In addition his written and photographic work can often be found gracing the pages of British and European magazines.

With the addition of these two team members we will be expanding our portfolio of operations to reflect their expertise. If you would like to speak to either Alex or Steffan then please call the office on +44(0)1980 847 389.” 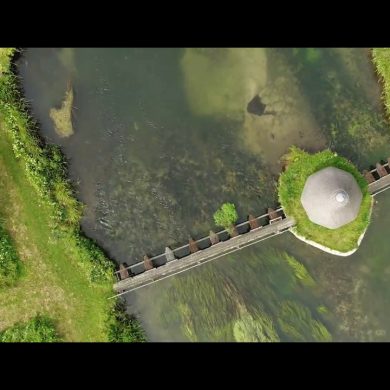