The award has been presented annually since 1975 in memory of T.B. ‘Happy’ Fraser to an individual who has made outstanding, long-term contributions to wild Atlantic salmon conservation.

Meighen first joined ASF in 1993 as a Director, and has served as Chairman of ASF (Canada) since 2004.   He helped to form the Meighen-Molson Professorship in Atlantic Salmon Research which led to the establishment of the highly regarded Canadian Rivers Institute at the University of New Brunswick, dedicated to aquatic science.

“Michael is a passionate salmon angler, conservationist and philanthropist who has worked tirelessly on behalf of wild Atlantic salmon,” said ASF President Bill Taylor when presenting the award to Meighen.   “Tonight, we honour him for his great contribution to conserving, restoring and protecting this iconic species.”

In January, 2014, McGill University appointed Meighen as its 19th Chancellor, for a three-year term.  Then on December 26, 2014, Governor General David Johnston named Meighen to the Order of Canada.  He was named a Member of the Order, for his contributions to public life as a lawyer, politician (he served in the Senate from 1990 to 2012) and philanthropist.

Michael Meighen is the 40th recipient of the Happy Fraser Award.  T.B. Fraser was a former President of the Atlantic Salmon Association in Montreal, who made significant contributions to Atlantic salmon conservation, both nationally and internationally. 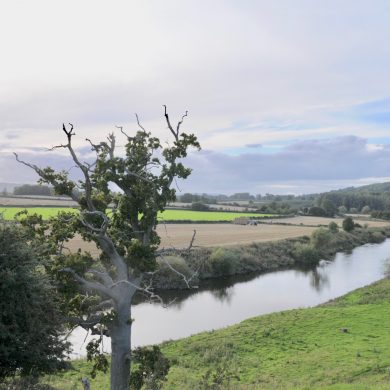