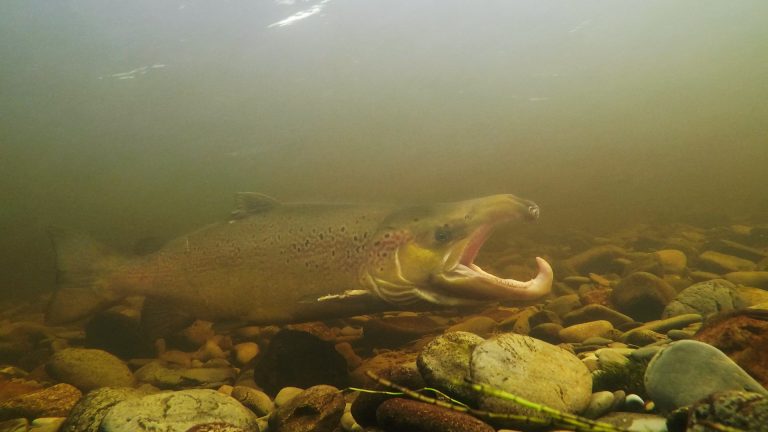 Britain’s fish are often overlooked and under-appreciated, and I think it is about time we put them in the spotlight! My name is Jack Perks and I’m a professional wildlife cameraman and photographer. Over the course of my career I’ve filmed every freshwater fish in the UK, and many of the marine species, giving me a unique understanding and appreciation for our fishy denizens.

We have many amazing wildlife spectacles on our doorstep, all unfolding beneath the waterline, and this film aims to showcase hidden, untold stories about British fish. It would be in the format of a one-hour film with narration. We have an extraordinarily talented crew of editors, composers, consultants and camera operators.

This is a once-in-a-lifetime opportunity to create a cinematic-looking film about some of the most incredible creatures we have in the British Isles, everything from tiny sticklebacks to behemoth basking sharks. We launched the project in February, and aim to start filming as soon as we can. Depending how filming goes, this may extend into the year after, so the film won’t be finished until at least 2022.

Based in Nottingham, I spent seven years traveling across Britain to film every species of freshwater fish, and have developed and refined techniques for filming them, including scuba, snorkelling, camera traps and pole cams. I successfully crowd-funded two films, one on fish called “Beneath the Waterline”, which looked at the people working with fish, and “Wildlife Exposed: Shetland Diaries”.

I orchestrated the UK National Fish Vote, in which the Brown Trout won, have written two books on fish and contributed to many more. I have also written columns for Angler’s Mail & Fallon’s Angler. I also routinely film for television on many BBC nature documentaries and angling programmes.

WHY FUND THIS PROJECT?

This campaign is the only option to create a short film about fish, as most see them as brown, slimy, boring things. However, they are so much more than that, with the ruby reds and kingfisher blues on a grayling’s dorsal fin, or the deadly patience of pike waiting for an unsuspecting shoal of rudd to pass by.

This is a chance to put modern filming techniques into practice. We’ll be using high-definition underwater cameras, drones for a birds-eye view and beautiful, scenic cinematography. It’s an all-or-nothing project, as I want to make it right so if we don’t hit the target, it simply won’t happen. If we do reach and exceed the target it will open more doors, such as extra-time filming, more equipment and other narratives we can follow.

This isn’t a solo project and I have a team behind me helping the production, from composers making original music (www.tomwanless.com) to editors, camera operators, consultants and, of course, Jeremy Wade (River Monsters) who has agreed to narrate the film.

It will also involve many members of the public and people working with fish, as we are on the hunt for different stories and ideas. We are hoping to film and document things rarely seen by the great British public, to interest them in something they didn’t realise was on their very doorstep, perhaps in the local canal or village pond.

WHAT CAN YOU DO TO HELP?

First of all, any funds are greatly appreciated, but I understand that not everyone will have the funds to help financially. You can also share the project around for nothing, which would be fantastic, particularly to your memberships, readers, and on to your own social media. Please share the crowd-funding link to any newsletters, social media etc, enabling you to get it into any printed media for your members.

Indiegogo has share tools at the top of the page, and we also have our Twitter and Facebook pages. You contribute to the project via Indiegogo, which transfers funds via PayPal only if the project is successful. For every contributor there are ‘perks’, depending on your level of contribution, from discounts, fishy prints and photo days, to books, gear, tackle, and exclusive fishing trips.

If your organisation is interested in helping, we can share a link to your group on our own social media and list you on the campaign as one of our “Supporters”, which should get wide coverage and media attention once it’s live and online.

It’s a non-profit film and the idea is to showcase fish in a film everyone can see, so it will be made available online. I’d like to have a premiere but given the current climate we’ll see how that goes! It’s all or nothing, so if we don’t reach the £30,000.00 target the film won’t get made. It sounds like a lot of money, but it’s a tiny budget for a wildlife documentary.

NB: Please note supporters do not necessarily financially back the project but also help with advice, research and planning. 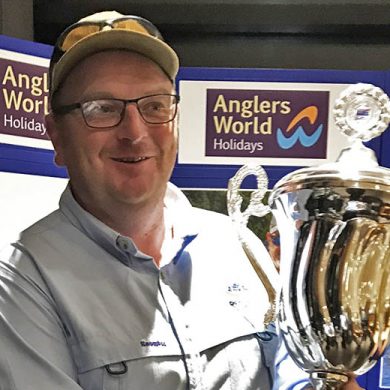 Gareth Evans is the 2017 Anglers World Fly Fishing Champion
This website uses cookies to improve your experience. We'll assume you're ok with this, but you can opt-out if you wish.Accept Reject Read More
Cookies Policy