Those provisions of a new rule adopted by fishery managers from Washington and Oregon are designed to minimize impacts on wild stocks, while allowing the popular fishing season to continue as previously planned. Fishery managers from both states have scheduled another meeting Aug. 27 to review the catch and consider any necessary changes to the fishery.

Catch rates for chinook salmon have soared since the fishery opened on 01 August prompting fishery managers to consider an early closure; in the past week, anglers fishing the Buoy 10 area in the lower 16 miles of the Columbia River have been catching up to 1,600 chinook per day.

“Our primary concern is wild chinook bound for tributaries of the lower Columbia River to spawn,” he said. “But fishery managers from both states agreed we could provide adequate protection for those fish without closing the chinook fishery ahead of schedule.”

Under the rule anglers may retain only those chinook salmon marked as hatchery fish with a clipped adipose fin or a missing left ventral fin. Barbless hooks are currently required to fish for salmon on the Columbia River, making it easier for anglers to release wild fish unharmed.

An estimated 678,000 fall chinook salmon are predicted to enter the Columbia River, well above the 10-year average. Fishing for hatchery and wild chinook is currently open from the mouth of the river upstream to Priest Rapids Dam in central Washington. 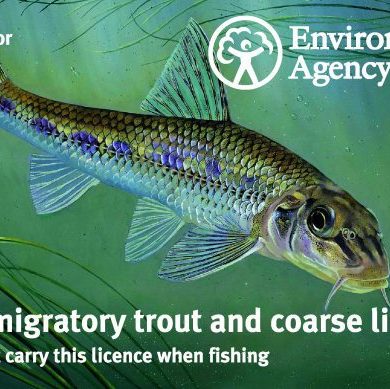