Fishing on the Frontier – Part 2

The second part of Jeremy’s first article in his new series for Fish & Fly called ‘Fishing on the Frontier’ about the discoveries at the forefront of trout and grayling fishing.

Two flies are the maximum by national rule in Poland, so our approach is limited by this. Hardly limiting, actually, because by choice at least half the fishing, even in winter, is with single dry fly, and there is a lot you can do with double nymph and spider rigs. I have never found the occasion when I have wished for a three fly or classical ‘Czech nymph’ rig. Oddly, since spending so much time on San, I rarely use more than two flies in other countries now. Perhaps the main exception is with ‘loch-style’ drift fishing when we are more comfortable with multiple fly casts for a number of (mostly) technical reasons. Presentation of nymphs is not only adequate with double-nymph or duo rigs, but it is usually more versatile and more controlled, than the now dominant three fly set-up in Britain. And, of course, the single dry fly, fished up or down stream as explained later, provides probably the most consistently effective river searching presentation possible. While many rivers in Britain and elsewhere have indicated these ideas, San River has consolidated them.

One thing I should make clear: while the San offers grayling and trout fishing that is unparalleled, it is not necessarily easy. As almost anywhere it can be easy, but it can also be extremely challenging. While I have walked away from this river with catches of more than a hundred fish in half a day, I have also been happy to leave having caught two or three in exacting conditions or periods. The beautiful, clean simplicity of dry fly, or neat nymph/spider combinations has often saved the day, and without doubt, combined with the reward of spectacular San fish, improved my presentation elsewhere.

Now, there is an awful lot in this, and I can fill a book about it, so in this piece I will concentrate on single dry fly (yes, double dry fly is a viable and useful option) and leave other methods to later articles. In Europe they don’t have hang-ups about dry fly as most do in Britain and America. Whereas the average British angler thinks in a very linear way, about an upstream, dead-drift presentation with a dry fly, to a continental fly fisher, dry fly is simply a way of presentation which includes up, down or across stream; dead-drift, waked, skated, and every possible nuance which can induce takes in both trout and grayling. In short, and hugely over-simplified, it is whatever is necessary and appropriate with a dry fly to get the best out of a particular bit of water.

You can think of it as a spectrum of presentation, defined largely by the type of leader construction employed. At, or close to, one limit of the spectrum is the ultra-short tippet, perhaps on the butt of a furled leader for gentle delivery (as beautifully described and demonstrated by my England team-mate Stuart Crofts), while at the other is the very long leader, consisting of a three metre taper and four metres of level copolymer. The range of presentations within the spectrum of such rigs gives complete optimisation for any particular situation and conditions on the river. Just picture the following situation, which is very common on the San, and just about every river I fish (with the changes in scale).

You wade out on hard table rock or gravel. Upstream is the tail of a large pool, constricted once, twice, maybe three times on a river the size of the San, where the waters gush over sills into the head of the pool or glide below. Enormously varied water lies up, across and down stream of where you are wading. Moving a few steps out into the river brings ever-changing variety of water. At most times of year other than the hardest, coldest weather, the fish are looking up and will come to an appropriately presented dry. The trout will be lying in different water to the grayling, and they will react differently. To achieve the best out of all that water, you have to adapt your presentation accordingly. When we think too much within our box, within the realms of convention or previous experience, we become limited. In England, I think, we have been trapped by this for many years. I know that on many of the waters I fished in my youth I was bound by convention to be fishing imitatively and upstream. Good stuff, a great school, but limiting, and it took me a long time, and a great variety of rivers, to find liberation. San River, way more than anywhere else, has allowed this to simply astonishing levels of possibilities in presentation. I remember, for example, the very situation above, watching double World Champion Pascal Cognard, of France. Pascal was fishing this water in what struck me as a rather radical way. He ignored the pool tail upstream. He was facing more or less 45 degrees to the flow, downstream. I watched him cast and noticed perhaps only five metres of line extending from the rod tip, and a very long leader, with a single, ‘micro-dot’ CDC dry. Conditions were harsh, with a bright sun (which helped me to see and analyse his rig), and a gusty, across-stream wind, from behind. He ‘stunned’ the cast with what we refer to as a ‘parachute’ or ‘bounce-back’ forward cast, keeping the rod tip very high, actually with a vertical rod. The fly touched the surface, with a great snake of leader, and just a few metres of fly line, the rest held off the water. He then slowly dropped the rod tip as the fly fell away downstream.

So, with a long snake of line and leader on the surface, starting perhaps just a few metres across and downstream of the angler, the fly begins to fall down the stream. Think about this; what does the fish see first? Always the fly, seldom very much leader, and absolutely no fly line. If a fish takes, you lift, or sometimes ‘roll cast’ to set the hook. Watching Pascal, I saw him catch 30 grayling in an hour, from really rather challenging water, missing very few, all with barely moving his feet. I think he moved no more than ten metres downstream in this time. It was a revelation to me, actually, on several levels.

If you are interested in fly-fishing expeditions to the San River, please visit Jeremy’s website at Pioneer Flyfishing and don’t forget to mention you saw this on Fish & Fly! 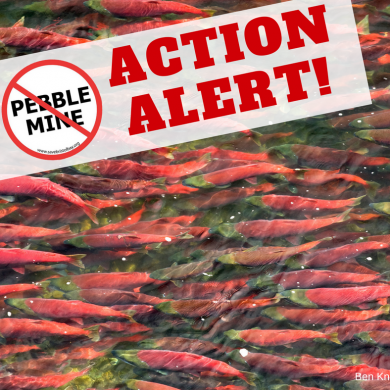