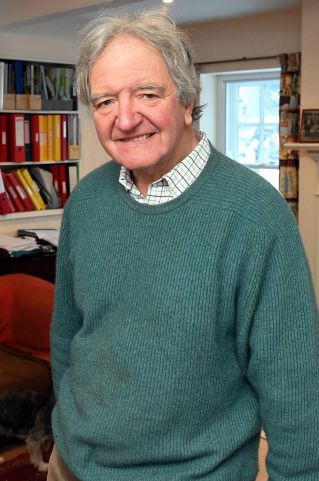 From Salmon and Trout Conservation UK…

It is with great sadness that we have to report that James Carr, former Chairman of S&TA, passed away earlier this month after a long, sustained struggle against an aggressive illness.  Over the past two years, James astounded us all with the amazingly positive attitude with which he faced the ‘challenge’, as he put it to us recently, and it is very cruel that he finally had to succumb to it.  Our thoughts are with his wife, Jocelyn, and daughters Octavia and Leonora.

James was awarded an OBE in the New Year’s Honours List for services to conservation, education and the community, and he was presented with the award in March by S&TC’s Patron, The Prince of Wales.  Below is our tribute to James when his OBE was announced.

“James, who was Chairman between 2006 and 2012, oversaw S&TA’s move to charitable status in 2008.  He became one of the first Trustees, taking the position of Chairman of the Trustees until his retirement from that position in 2012.  He continued as a Trustee on the Board until 2015.

With James’s Chairmanship coinciding with our formative years as a charity, his contribution was particularly important during this time. He combined a businessman and accountant’s financial knowledge and experience with an unusually wide-ranging appreciation of the major fisheries issues that we addressed at the time.  This came not only from his work with S&TA over many years on Council, Executive and issue committees, but also from his time spent as Chairman of the Environment Agency’s North West Regional Fisheries, Ecology and Recreation Advisory Committee, which allowed him a deep insight into the freshwater fisheries world.

James Carr’s financial acumen and fisheries knowledge have been invaluable to us over many years, and all of his work for us has, of course, been on a purely voluntary basis. We cannot think of a better way to mark his contribution than for him to receive a national Honour.”

James was a great country sportsman and loved his salmon fishing.  His final day’s fishing was at the end of last season on the Tweed where, on his very last cast, he hooked and landed an estimated 26lbs hen fish, which he duly returned unharmed to the river so that she could help spawn the next generation.  It was his fervent hope that the UK’s salmon population would one day thrive again as it had done when he was younger – a cause about which he was passionate and spent so much of his time trying to achieve.

A Service of Thanksgiving to celebrate his life will be held in June, at which S&TC will be represented.  James will be very sorely missed by all of us who had the pleasure of working with him over many years. 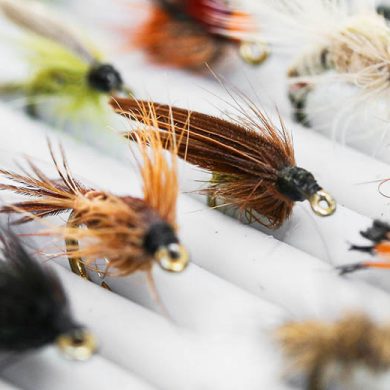 ripplebox | A brand new species of fly fishing box
This website uses cookies to improve your experience. We'll assume you're ok with this, but you can opt-out if you wish.Accept Reject Read More
Cookies Policy