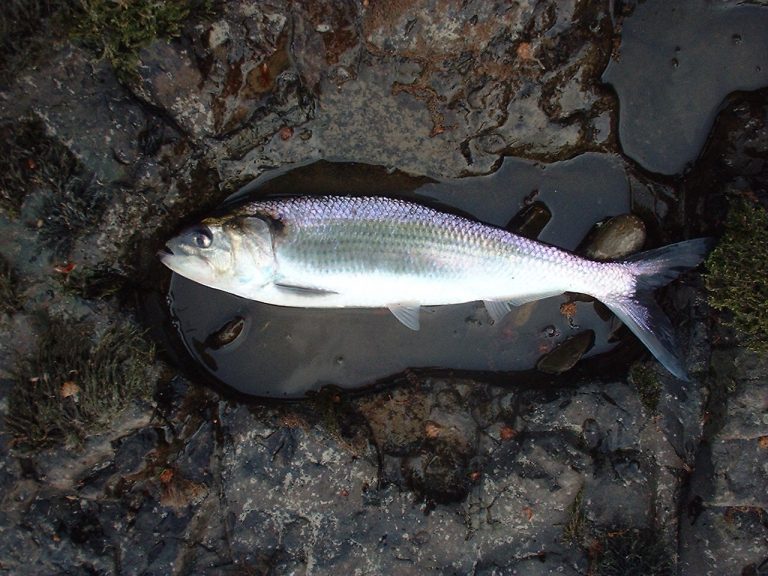 Have you seen a Shad?

This month, Natural Resources Wales (NRW) is asking people for their help to record sightings of a rare fish found in Welsh rivers.

In June, thousands of Shad spawn in three rivers in South Wales, the Wye, Usk and Tywi. But NRW is interested in possible sightings elsewhere too, especially in North Wales.

There are two species, the allis shad (Alosa alosa) and twaite shad (Alosa fallax) which spend most of their lives at sea however, at this time of year, they move to rivers to spawn. After spawning many of them die, but each female produces thousands of eggs to start the next generation. Shad populations – which are threatened in the UK and Europe –  seem to be doing well in Wales.

“Like the swallow, shads are a sign of summer on the rivers and we are interested in shad records from anywhere in Wales but particularly from rivers in North Wales where we think there may be small populations.

“Look out for them at dusk in the middle to lower reaches of rivers, where you can see them circling one another.

“Later in the night, they spawn with a lot of noisy splashing as the males chase the females.”

“River or sea anglers sometimes catch them by accident, and you may also come across carcasses of fish that have either died naturally or been caught by otters.

“If you do catch a shad, please take a photograph and carefully return it to the river, minimizing handling as they are more delicate than many other fish.”

If you see a shad or any other interesting wildlife, please send the record to one of the Local Records Centres across Wales.

There are four centres covering different parts of the country (see www.lercwales.org.uk) who store the information.

Photographs of shad can be sent to Tristan.hatton-ellis@naturalresourceswales.gov.uk for identification.