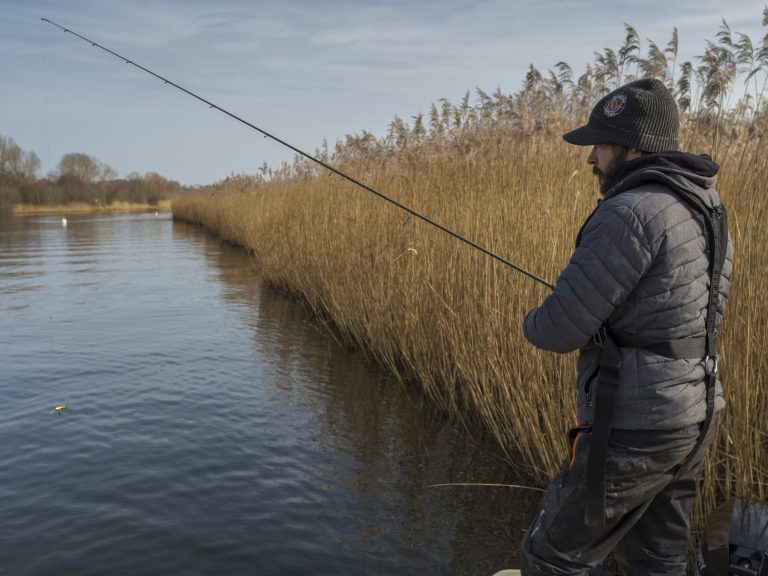 A simple session, catching up with friends on the bank. It’s something easily taken for granted. Looking back, it’s been over a year since I’ve caught up with quite a few of my fishing comrades, scattered around the country. The great thing about fishing companions, besides the good company, is the thought process. Beginner or expert, we all think differently, bouncing ideas of one another. This often leads to more fish on the bank.

A SESSION WITH BEN SMITH

I became friends with Ben soon after he appeared on our local waters targeting perch. Coming from a match angling background, Ben’s all about figuring the fish out. The thought process certainly pays off with an impressive list of captures. It wasn’t long before Ben found a sponsorship deal with SPRO, later signing with Fox Rage as a consultant. Armed with different mindsets and lures, we bounce ideas off each other, often leading to an awesome day’s fishing. One of our favorite methods is to fish total opposites, making sure we don’t use the same tactic until we start putting fish on the bank. Once we find the tactic of the day, we move to similar techniques, with at least one of us trying to improve on it.

Ben and I had arranged to meet at dawn, knowing our most likely chance of a bite would be in low light. He had arrived a few minutes before me and was having his first cast as I pulled up. Before I had left the car, Ben was in, the tip thumping with the tell-tale sign of a quality perch. A great start to the morning, a plump fish in the low 2s. A small Salmo Butcher crankbait, banking the first fish of the day. Excitement filled us as we set off in search of more striped predators. We arrived in the first planned swim of the day, aiming to cover a range of tactics, and trigger a pressured fish to bite. Ben started on a ned rig,  while I worked a small jerkbait around. 20 minutes or so passed without a bite, when suddenly I felt a knock and set the hook. The fish kicked for a moment before dropping off, leaving me with a sinking feeling, while the sun grew more intense. Time was running out. Ben switched over to his successful crankbait while I continued with the jerkbait. Suddenly I hear “I’m in, it feels decent”. I looked over to see Ben into a another quality perch. The tip thumped as the fish pulled small bursts of braid from the reel. Ben quickly netted his prize, another great fish in the mid 2s. Now the sun had fully risen and the bites had dried up. We set off exploring, seeking out any predator willing to feed.

The day proved as tough as we had expected, both of us casting relentlessly for hours. I managed three small pike while working through my lures and a number of small perch. Ben struggled equally. We had expected this, and used the conditions to learn. Switching and changing tactics and lures throughout the day. As evening grew closer we had found a few hot spots, enjoying the attention of small pike and perch. With an hour until dusk it was time to get back on the hunt.

Having seen the sinking crankbaits produce two quality fish in the morning, I knew I would have to adapt. I had a small problem to overcome. My box was full of sinking twitchbaits, jerkbaits and vibes, but nothing matching the size and profile that was producing on the day. Time to pull an old trick out of the bag. The Goby Crank. A small floating crankbait that’s tempted many chub for me since its release. Perfect for perch, but lacking the diving depth for the venue. The solution is quite simple. I keep a tub of tungsten putty in my bag for rig balancing. I moulded a small piece on to the shank of the Goby Crank’s front hook. Changing it from a floating lure to a super-slow sinking lure. I was able to cast the lure out and allow it to sink for 30 seconds or so, retrieving it really slowly along the bottom.

30 minutes had passed in the final swim. The light had almost faded away and neither of us had had a bite. The river was beginning to show signs of life, small roach breaking the surface in the setting sun. I persevered with my modified crankbait, counting the lure down and beginning another retrieve. Tap tap! Suddenly the rod tip lunged round and I hooked up with a decent perch. This one didn’t run, instead it stayed deep, plodding away under the rod tip before showing a flash of deep grey flank. A few moments later she was in the net. An incredible looking fish with huge shoulders. I quickly weighed her at 2lb 12oz, an amazing fish to end the session on. The sun now totally set at the end of a challenging but very rewarding day. I left the bank armed with a new trick to try on those tough days.

MY TOP 3 CRANKBAITS TO TRY

#1 Salmo Butcher 5cm A top producer this session, tempting a couple of belting perch. Slow sinking and erratic in action. It’s deadly for all predators.

#2 Savage Gear Goby Crank 4cm With a small tweak it tempted the fish of the day. Fairly deep running, it suits many venues without changes. It’s also a winner for chub year-round.

#3 SPRO Ikiru Joint Crank 3.5cm A jointed crankbait with a super-erratic action. It’s a slow floater and perfect for a range of predators. 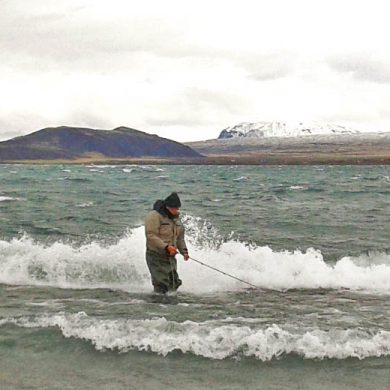