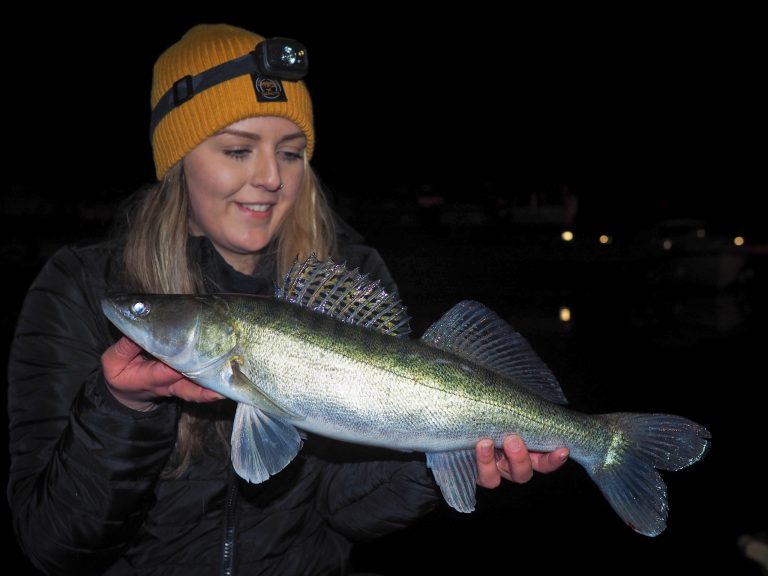 The Girls Get It Done

Having a free day, I decided to give some friends a call. I’ve been quite busy recently and struggled to find free time. Unfortunately, that meant I’d neglected a few good friends. It was time to make up for my absence. After a catch up with my fenland pals Adele and Adele (Del) we decided to get together and try to tick off a target fish… The magical 2lb perch.

With an absent Del, Adele and I decided to tackle some local waters. We were hopeful, putting our heads together, that we could find quality perch fishing on her doorstep. In the past I’ve tried, and while breaking through to the bigger fish proved difficult, I managed perch to 2lb 8oz. That alone filled us with confidence to head out and give it a go.

We started mid-morning on a small canal-like drain. I rigged up with a simple ned rig while Adele fished a finesse dropshot set-up. Slow delicate presentations would be necessary here, in clear water and bright sunshine. We set off walking the embankment, stopping to fish any feature we could find. Barge moorings, reed banks, bushes and trees. We tackled the lot without so much as a nibble.

We stopped beside a tree with a few dimpling baitfish, hopeful of a fish or two there. Other than a few tiny perch following the lure, that too proved uneventful. Perhaps, in the conditions, we needed to find some real shade, so we walked on towards a bridge, often a reliable perch area. I decided to give Adele one of the Goby Tubes to try on a very light ned head, then we moved into position.

It didn’t take long before Adele got a take, hooking up to angry perch which fought aggressively right to the net, leading us to think it was twice the size. Alas, not our target two pounder, but a great fish all the same. The rest of the day proved slow, with a few small perch and pike. It was time to turn our attention to zander.

A short drive later we rigged up in darkness, both picking finesse dropshot rigs. Fishing proved slow, with the following hour producing little action. Right before we decided to call it a night, Adele’s rod slammed over, she was in! This time a quality zander, fighting hard on the 1-7g rod. We netted the fish, which made her session, and made a plan for day two of the perch hunt.

Day two arrived, and Del finally joined us, a change in conditions inspired a change in venue. Low air pressure, windy, and bitterly cold, I fancied our chances of locating a big fish or two. We started off fishing fast, covering ground, trying to entice a quick reactive bite. It soon became clear that the fish were in a much lazier mood.

Adele persevered with a slow dropshot technique, while Del and I ground creature baits slowly along the bottom. The slow dragging technique soon paid off. While crawling the lure over a snag I felt a faint tap, hooking up with a good fish. Landing one, I quickly cast to the feature again, instructing Del to do the same.

Bang! I hooked up to another heavy fish, deep lunges and headshakes, the tell-tale sign of a perch. I backed the drag off, giving in to the powerful lunges of the perch, moments later a three was in the net. While unhooking mine, Del hooked up, rod bent double into another powerful fish. Convinced it was a giant, I readied the net, eagerly waiting as the fish stayed deep, diving for cover.

I was fooled. Del’s light set-up had me convinced a giant was on the line, I was surprised when a fighting fit perch just under the 2lb mark emerged. A little short of our target, but a cracking fish all the same, she was thrilled. We cast again, eager for more action, and within seconds another faint tap led to a rod-bending, drag-clicking, bout of adrenaline.

Another quality fish! As the perch dived down, seeking cover, I made a careless mistake, losing focus for a second, the fish changed angle, relieving just enough pressure to slip the hook. And just like that the shoal had spooked. Our ten minutes of non-stop action had passed. It was time to move on, seeking out fresh targets in the remaining daylight. 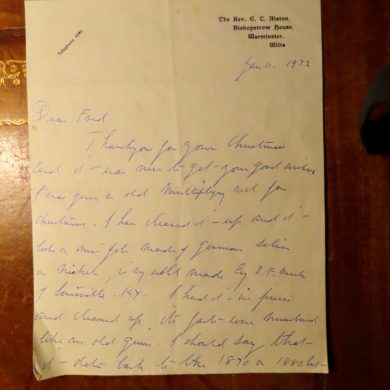