Thirty years ago, a remarkable agreement was reached between the fishing nations of the far north in order to save the Atlantic salmon from virtual extinction. Salmon, migrating from the rivers where they had hatched and grown, were congregating in northern feeding grounds, far outside the authority of the EU and highly vulnerable to overfishing.

Faced with a choice between exploiting a lucrative salmon harvest and taking steps to preserve the “king of fish”, the non-EU nations (Iceland, Greenland and the Faroes) pulled back and imposed a moratorium on fishing. That decision is estimated to have saved millions of salmon for anglers, fishermen — and housewives — in the UK and elsewhere.

Today the same solution could be adopted to save the humble mackerel. Instead of the so-called “mackerel wars” that now threaten relations between Iceland and the UK, and have led to a call for sanctions against Icelandic trawlermen, a new deal could be reached, similar to the salmon agreement but this time involving the Scottish and Norwegian fishing industries as well.

The salmon deal, which began with a private sector initiative, encouraged by my organisation, the North Atlantic Salmon Fund, and our international conservation partners, showed that commercial conservation agreements that compensate fishermen for giving up their right to catch migratory fish can work splendidly. Having once faced the threat of extinction wild Atlantic salmon have now enjoyed protection for more than two decades.

The mackerel could be preserved in much the same way, but only if we understand the migratory habits of the fish, rather than imposing the theoretical management methods employed by the EU.

In essence what I am suggesting is that the Icelanders could buy the rights to catch a sustainable portion of the mackerel shoals from the EU and that Norway could also negotiate to buy similar rights from the Faroese.

There is of course an intractable problem in fixing fair national quotas for fish that swim through the waters of several nations. Ascertaining how much of the growth of the individual fish takes places in any given stretch of sea depends on the time the fish spend in any particular area and that can vary from year to year. It now seems as if mackerel are copying the behaviour of the salmon, deciding that the waters within the 200-mile fishery limits of Iceland are particularly enticing.

Blame global warming of Arctic seas if you wish, but that won’t help the nations that fish for mackerel to agree on how big a tonnage each of The mackerel fishing industry could die if nations just set their own limits them should take. It just makes the division of spoils hugely more complicated. At the moment each nation fixes its own limit — and that, in quite a short time, could spell the death knell of the mackerel fishing industry, just as the herring fishing was all but wrecked in the 19th and 20th centuries.

The absence of any international agreement on sustainable quotas is imperilling the mackerel and encouraging ever more powerful purse-seining vessels that catch ever more obscenely big hauls. Some people even fear that we could see a new version of that unpleasant and dangerous cod war of the 1960s between Britain and Iceland.

So what should Greenland, Iceland and the Faroes do about it? I think the aristocratic salmon could come to the aid of the mackerel — and even achieve international harmony. Scotland, Ireland and the EU have no jurisdiction in Iceland and virtually all European salmon also feed in the northern regions where the EU has no say. More than one million tonnes of mackerel biomass is now created in Icelandic waters and these new visitors are consuming around two million tonnes of biomass that was helping to feed Iceland’s more valuable sea fish such as cod and haddock. The big question in the mackerel dispute now is whether the extent of the feeding grounds that sustain the mackerel should be a significant factor in fixing fair and sustainable national mackerel quotas.

I believe that, as in the case of the salmon, there can be no international formulas or agreements on how to divide migratory fish stocks. Endless amounts of biological data have not helped and political efforts often seem to confuse and drive the parties further apart. Every nation believes science is on their side and interprets the data in a different way.

What is missing from the mackerel debate is a sensible way forward, one that consults those who know about the fish rather than those who merely compile statistics.

Politicians have wholly failed to find acceptable quotas — so it is now high time that the “salmon solution” was heard through the international corridors of power.

Orri Vigfússon is an Icelandic entrepreneur, environmentalist and Chairman of the North Atlantic Salmon Fund. 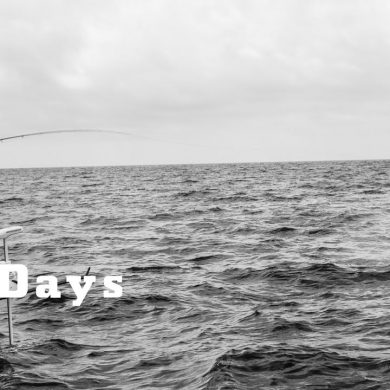