In a letter to Theresa May this month, Orri Vigfusson, the tireless campaigner for wild Atlantic salmon in his role as chairman of the North Atlantic Salmon Fund (NASF), urged the British Prime Minister to invoke article 66 of the United Nations Convention on the Law of the Sea (UNCLOS) which places the emphasis for safeguarding anadromous stocks on the state that houses the rivers of their origin.

The move is intended to help protect endangered Scottish Atlantic salmon stocks that face a “substantial commercial fishery that operates in the coastal waters of North East England” and “flies in the face of the warnings of international scientists against operations that target mixed stocks of salmon” on their journey from the sea back to their spawning grounds in Scottish rivers.

Vigfusson suggests invoking an immediate suspension on operating licences for the English coastal nets as an obvious first step as part of a number of actions that England can undertake to “put things right.”

In a separate letter sent at the same time to First Minister for Scotland, Nicola Sturgeon, and informing her of his letter to the Prime Minister, Vigfusson points out that over the last 50 years, the International Council for the Exploration of the Sea (ICES), has registered a 96% drop in reported wild salmon catches in Scotland and that “Scottish fishery science and management methods have not been successful in preserving and rebuilding your salmon numbers.” He ends with an offer to meet at any time of their choosing to deliver the full details of the proposals that NASF experts have drafted for an effective strategy for salmon and Scotland. We can only hope they are willing to listen for the sake of the wild Atlantic salmon and their survival in this part of the world.

NASF NUMBER ONE PRIORITY IS TO END ALL INTERCEPTORY MIXED STOCK FISHERIES:-

NASF works with netsmen to make the North Atlantic environment a showcase example of bio-diversity and sustainable development. 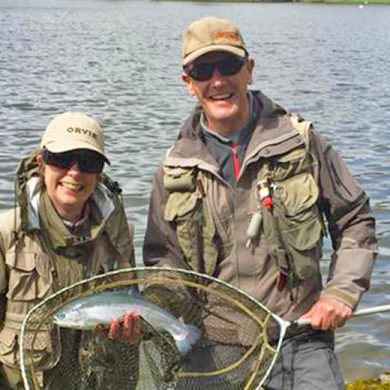 Yorkshire hosts Casting for Recovery’s first retreat of 2018
This website uses cookies to improve your experience. We'll assume you're ok with this, but you can opt-out if you wish.Accept Reject Read More
Cookies Policy