The petition follows S&TCS’s recent publication of a detailed report into the control of sea lice on fish farms in Scotland over the last two years. This highlights the gravity of the problem with sea lice and the need for urgent action from the Scottish Government to protect wild salmon and sea trout populations in the west Highlands and Islands that are already in trouble.

“Scottish Government’s lack of regulation has clearly been a major contributory factor in the industry’s failure to keep sea lice numbers below acceptable levels.

Our analysis shows that, between 2013 and 2015, the number of fish-farming regions failing to keep adult female sea lice numbers below the industry’s voluntary Code of Good Practice threshold has been on an upward trend. Indeed the industry-wide problem with sea lice appears to be increasing and is certainly not under control.”

Paul Knight, CEO of S&TC UK and Co-Chair of the NGOs at the North Atlantic Salmon Conservation Organisation (NASCO), said:

“The current regulatory regime for fish farms in Scotland gives very little protection to wild salmon and sea trout and is untenable. If Scottish Government is to live up to its international obligations to protect wild fish, it must now bolster the regulatory control of salmon farming to limit any potential damage. Measures must include provision for proper sanctions against farms that transgress – including early culling or harvest. It is inexcusable that Scotland lags so far behind Norway in this respect.”

Fisheries scientists are increasingly firm in their conclusions that sea lice produced on fish-farms harm wild salmonids, both at an individual and at a population level.

Official wild salmon catch statistics, the most commonly used measure of abundance, show that for the main aquaculture zone – the west Highlands (from Cape Wrath down to the Mull of Kintyre) and the Hebrides – the average annual salmon rod catch in the last ten years is 22% lower than that of the 1960s (commercial marine salmon farming began in 1970). In some smaller west coast rivers (such as the River Strontian) wild salmon are close to extinction.

In contrast for east and north coast rivers between the Tweed and Cape Wrath (an area that is virtually free of direct salmon farm influence) the average annual salmon rod catch in the last ten years is actually 29% higher than that of the 1960s. Furthermore all of the great west coast sea trout loch fisheries have collapsed.

S&TCS is adamant that Scottish Government now needs to adopt a range of measures, including:

•    requiring the immediate publication of farm-specific sea-lice data;
•    tougher regulation and inspection of fish farms;
•    a Government-led review of the current voluntary code of practice, replacing it with a statutory code, as provided for in the Aquaculture Act 2007;
•    introducing an ‘upper-tier’ sea lice threshold above which an immediate cull or harvest of farmed fish is required by law;
•    amending Scottish legislation to protect wild fish from potential damage caused by fish-farms, with inspectors given a legal duty to control sea lice on fish-farms in order to protect wild fish populations;
•    ordering the closure and / or relocation or persistently poorly-performing fish farms; and
•    signalling that the fish farming industry will be required eventually to move to full closed containment, to ensure a complete ‘biological separation’ of wild and farmed fish.

“We urge all those wishing to see a recovery in depleted wild salmon and sea trout populations in the west Highlands and Islands to sign our petition. We are not advocating draconian measures such as the closing down of all salmon farms. All we are asking for is proper regulatory control when sea lice parasites multiply significantly to the detriment of wild fish.” 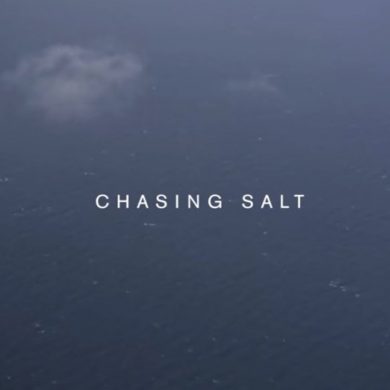