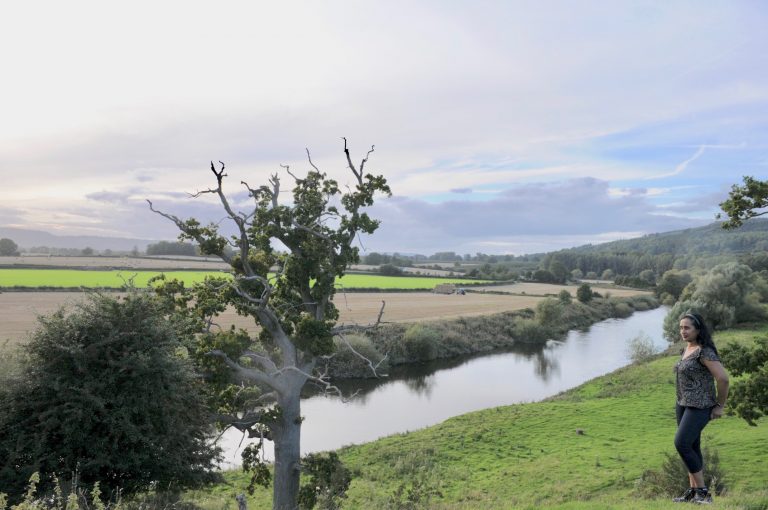 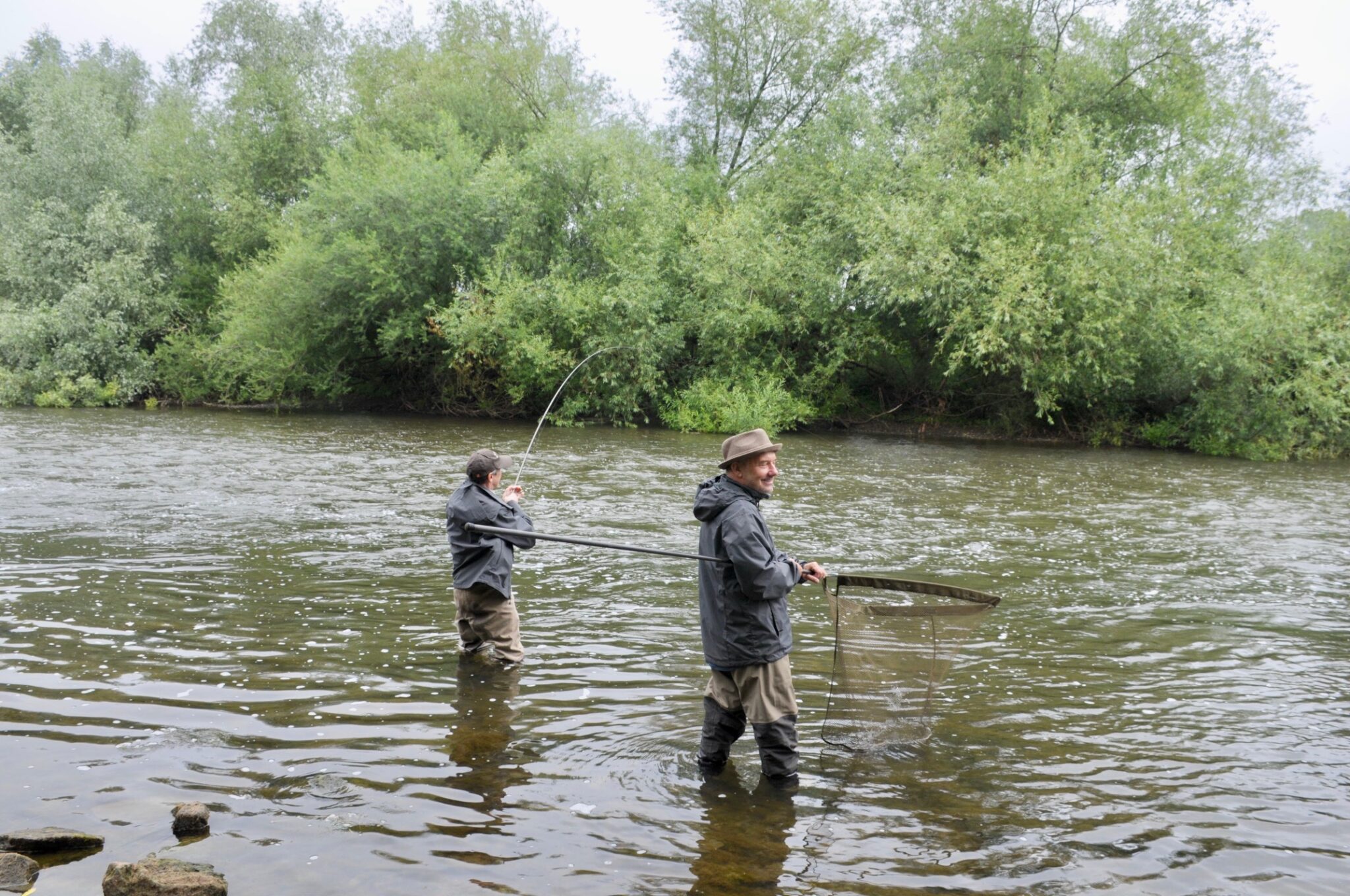 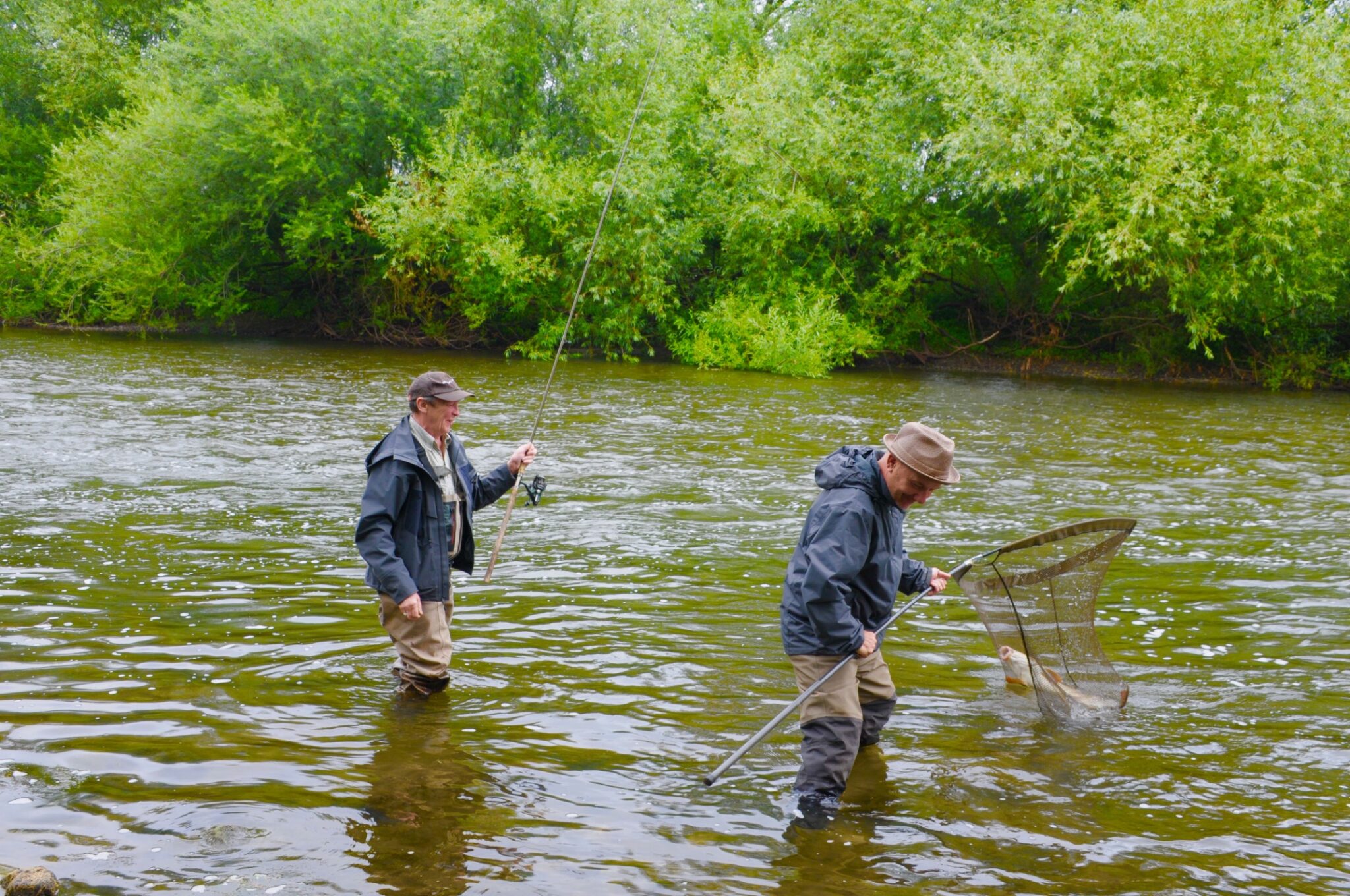 In the few days since TT first talked about the Passion For Clean Rivers, things have moved on, especially down on the Wye. The weekend just gone (24/25th July) saw large numbers of salmon dying in the middle reaches of this river, and barbel dead in the upper river above Hay and into Wales.

We are not saying here that the Wye is more important than any other river, but the fact is that it is iconic, beloved by all who appreciate the countryside (not just anglers), is an essential part of the home tourist industry, and is of course an SAC and SSSI. Steve Hunt at Sportfish said that “the Wye is on its arse” and he is right. He went on to say that in his opinion it might be too late to save it, and that is a dreadful indictment of the way we have allowed all our rivers to be treated this century.

In many ways, the Wye crystallises all that is wrong with UK river management. There is a battle emerging for the Wye that could be our Waterloo, our huge and perhaps last chance to save our rivers this century. If we lose a river as totemic as the Wye, then is there a river in the land that can be remotely regarded as safe?

At TT, we would like to thank the scores of River Wye experts who have talked to us these last three days, and of course George Monbiot, who kicked the hornets’ nest big time. If you haven’t seen his film Rivercide on YouTube, you simply MUST!

THE PROBLEMS AS TT SEES THEM

Like many rivers, the Wye has probably been in some decline for twenty years or more. The growth in potato farming has long been seen as an issue, along with worries over the increase in sheep numbers.

For this period, and probably for much longer, the Wye has depended on flushes of clean water coming down from the Welsh uplands to clean it out, in summer especially. There has always been a certain amount of algae growth in the river in the hotter months, but this has not reached crisis proportions because of these regular pushes of cleansing water from Wales.

As Rivercide made clear, the water coming down the Wye has now itself been degraded by the number of chicken units now operating, in Powys especially. Chicken excreta is highly loaded with phosphates, and this is now finding its way into the river and frequently creating an algal soup. Oxygen levels plummet, especially in hot weather, and fish die. Weed vanishes. Insect life collapses, along with the bird life that depends on it. The river becomes little more than a stinking ditch, incapable of sustaining anything like vibrant life.

Natural Resources Wales, the Environment Agency, and Natural England should all be aware and on top of this situation, but they are not and have not been. Monbiot’s film proved that the first two agencies had little idea how many poultry units they had licensed, how many birds were being raised, or how these units were being run. It would seem that the chicken business has run riot in the Wye catchment, and that the statutory authorities have lost control of the whole Wild West situation. As both NRW and the EA plead, their budgets have been cut, but the fact remains that money in both camps is very evidently frequently wasted, and the licensing and policing of poultry units should have been top of their respective agendas.

There are several contributing factors. The number of canoes has far outstripped the river’s capacity to cope with them, especially as the canoe industry has been largely unregulated and novice canoeists have no idea of the damage they are doing to spawning redds. Cormorants numbers have grown to plague proportions. The fact that the Wye is part-English, part-Welsh has not encouraged joined-up thinking. The many groups have that have arisen to save the Wye often act individually, and there has certainly been no common voice.

The fact is that despite the damage these factors have contributed to, at the moment, what is killing the Wye, and we use the word carefully, is the appalling decline in water quality. Until this is addressed, every other issue fades into relative insignificance.

We stress these are not our brainwaves, but those of the experts we have talked to. What is obvious is that action is required, and required now. Too often in river management, too many groups simply become talking shops, jealous of their position – or their funding. We also suggest that whether you fish the Wye or not, you should help, or at least take an interest. The horrors down here on the Wye prove none of us are safe.

Perhaps the number one objective is to force NRW and the EA to face facts, to accept that mistakes have been made, and to start putting the evident wrongs right. At present both authorities are stonewalling, and in the EA’s case at least, denying there is a serious problem. Getting organisations like the EA to budge is historically difficult, but this has become an essentiality in this case. What can any of us do?

TT believes we should support those great organisations that are at least trying. The Wye Salmon Association is a fine example of a voluntary group passionate about change. WSA has recruited over forty volunteers to check phosphate levels along the Wye, and now has a huge amount of information over a whole range of data. These are the facts with which NRW and the EA can be confronted. The Angling Trust has forced the EA to employ fifty more farm inspectors. Great. Let’s make sure they are employed now, and they have a map of the Welsh borders!

Many people have told us angling has to unite for once in the face of this catastrophe… for that is what we are looking at. The Wye Salmon Association and the Wye & Usk Foundation should be working together. Let’s draw in the Angling Trust, the River Wye Gillies Association, and let’s see game and coarse anglers talk to one another for once. There’s good sense talked in Woody’s Angling Centre, just as there is at Sportfish and Orvis.

Let’s all of us march to the same tune, no matter what our differences in the past. Anglers should be talking with the Wye Phosphate Working Group, the Friends Of the Upper Wye, and the Campaign For The Protection Of Rural Wales.

So great is the danger that, yes, we should be talking to the canoeists and the wild swimmers, because the river belongs to all of us. Even the RSPB should be in on this one. Are they aware that the Wye swan population is teetering? The almost complete decline in ranunculus beds as a result of sky high phosphate levels led to the deaths of most cygnets on the river in 2020. In 2021, very few adults have even made nests or laid eggs at all. Numerous riverside householders are reporting swans eating their lawns for the first time ever. The RSPB should be all over this one, surely?

We are told we live in a democracy, so we should be driving our elected members over this one. TT have been impressed by the efforts of Jesse Norman, MP for Hereford. On 30th June this year, Norman called out NRW, the EA and Natural England for not tackling phosphate pollution. The pressure on all our MPs is something we can all help stoke and maintain.

The media have to pick up on this situation if we are to get the message across, educate the wider public, and get them on our side. How? Ideas please! Can angling celebs (horrible word) play a useful and sustained part? Certainly Feargal Sharkey has raised the temperature over the chalk streams. There is no better, more genuine angler than Paul Whitehouse, who is also a member of the Wye Salmon Association. Perhaps these anglers can open a door that the sport as a whole can troop through?

It has also been suggested that the Wye needs to be run in the way the River Tweed Commission runs that great river. One body with serious powers dedicated to the well-being of the catchment under their control. What do Scottish salmon anglers think of that one?

It’s good to end this on a question, because here at Thomas Turner we are throwing this open to you. Yes, we are a company dealing in veteran and retro tackle, but at heart we are anglers, passionate about fishing, especially wild fishing in rivers. This is who we are, and this is what we are pledged to do. Please, let’s all get on top of this together, because if we lose the Wye, we are close to losing the lot!