Plastic Fish May Help to Save Salmon

Hydroelectric energy sources might be friendlier to the environment at large than coal or gas fired plants can be, but the huge dams needed for the generation of electricity from water sources can cause problems for fish forced to swim through their turbines.

In a bid to find out the kind of struggles fish that live near hydroelectric power plants face, scientists have designed ‘sensor fish’ — plastic tubes filled with technology that can measure the stresses and strains put on salmon swimming through dam machinery.

The new sensor fish, built by the Pacific Northwest National Laboratory (PNNL), have already been field-tested in the USA and are housed in a clear plastic tube and can cope with up to 600 times the force of gravity. Such a tolerance is necessary to judge the experience of fish sucked through dam machinery, who face a change in pressure that the device’s creators say is “akin to travelling from sea level to the top of Mount Everest in blink of an eye.”

The first sensor fish were created by PNNL in the late 1990s and used two AA batteries to power basic circuitry inside a clear rubber sheath. They looked like fish, but their sensors were too basic to fully capture the experience of juvenile salmon swimming through dams.

The newest model is an improvement, like its predecessor it comes in a clear tube, but it can now measure twice as much pressure and acceleration than before; it’s also much cheaper to make, costing $1,200 per device, compared to the 2004 edition’s $5,000 pricetag.

The new fake fish may be able to influence the future of the United States’ hydroelectric power plants. Many dams in the country were built in the 1970s and will soon be re-licensed, during which the structure’s environmental impact will be considered. If their turbines are found to scramble the brains of young fish trying to make their way home, then they could be replaced with new designs. 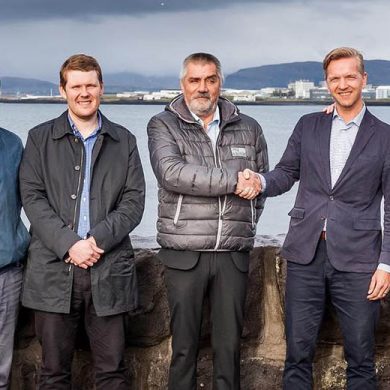