Salmon Fishing by the Light of the Midnight Sun

Santa is a fisherman! Why wouldn’t he be – surrounded as he is by acres and acres of fish-filled lakes and rivers up in the very north of Finnish Lapland around the Christmas capital of the Inari-Saariselkä region. What else would he be doing all summer long!?

I was out for a few days fly fishing early in July, fishing with guide Ville Kaipennen of Lapland Safaris’ Saariselkä office. We were hoping to target the salmon that should be making their way up the local Finnish and Norwegian rivers of the area, but with the snowmelt running about a month late we weren’t sure what we would find. Those lakes I mentioned above though are stuffed full of trout, grayling, whitefish, char, perch and pike apparently, so there are also plenty of other reasons for anglers of all interests (fly and lure) to visit as you are bound to find something you like, not to mention the pure clean air, outdoor lifestyle, empty roads and just peace and quiet. Heaven!

The flight from Heathrow to the small local airport at Ivalo, via Helsinki, had been straightforward and so after a quick orientation drive around with Ville the first evening, to sample the strange phenomenon of the midnight sun (it stayed like a bright twilight all through the night) and seeing a full on rainbow at 11.30pm, I had an overnight stay in Saariselkä, checking in at one of the large hotels in this otherwise small and quiet village at this time of the summer. The Lapland Hotel Riekonlinna caters, along with several others in the village, mainly to the hordes of thousands of Christmas tourists that flock north to visit Santa and his elves each winter, but survives on a leaner diet of coach tours carrying Finnish senior citizens it seems during the summer months. It is worth noting here that I had one of the best pieces of fish I can ever remember for dinner – fresh local Arctic char. Can’t remember if I had ever had it before but I will be having it again that’s for sure – superb!

Off to Norway and the Neiden.

The next morning we were up and away with the thoughts of salmon running through our minds and heading to the River Neiden just over the border in the region of Norway known as Finnmark, the largest, most northerly and least populated of all the Norwegian counties.

Border crossing up here is largely a formality really with a traffic light system used that seems to largely sit on green meaning you can proceed. If the border guards want you to stop they will show the red light so you know you have to pull over and wait. ‘Simples!‘ as that Russian meerkat might say, another country visible to the east in places.

The fishing, boat hire and accommodation here was run out of Neiden Fjellstue, a friendly local camping centre with a nice restaurant, small cabins right by the river and a selection of other individual characterful houses scattered around the area, including ours which was in its own grounds on the river but fiercely guarded by the local mosquito population when we were there so beware and take your favourite repellant and/or midge net with you.

One of the main local pools on the Neiden is the Bridge pool just downstream of where we were staying, below a set of large falls/rapids and very popular with the locals and visitors alike. So much so that they have their own little hut for the anglers to chat and rig up while they await their turn down the river on the busier periods. A large back-eddy below the rapids is the obvious starting place with fish showing regularly, which then leads off into a series of pockets below in between the boulders and white water that lead gradually down to the calmer water beyond.

We had a couple of missed chances on our turns down the beat, one on each side of the river, and only heard of 1 fish being landed and a couple lost while we were there despite the fish obviously in the river. So we decided to switch locations downstream for our next session and fish from the opposite bank in another favoured location below the maelstrom of white water, where fish lay up before continuing on into the rapids ahead.

This was a much more typical salmon pool of smooth glides and again fish were showing well. One of the peculiarities of local fishing is that most fishing permits start late in the evening so our plans mostly started around the 10pm mark and involved fishing through into the small hours of the morning. It plays with your body clock to start with, but the 24 hour daylight helps and you catch up on sleep during the day so I got used to it. (It did take a couple of days to switch back to normal routine when returning home though.)

Here the anglers were having more success it seemed, particularly with smaller flies. We paid close attention to how the locals fished it and then on my turns down the beat I was lucky enough to get a couple of small fish to play ball as the night wore on.

Back to Finland and Utsjoki.

After a fun couple of nights, including one out in a boat on this beat, we moved locations back to the Finnish side of the border near to the small border crossing town of Utsjoki to fish one of the smaller tributaries of the mighty Tana river (also known as the Teno depending if you are on the Norwegian or Finnish sides of the river). This river it is said has one of the largest Atlantic salmon runs in Europe and it is a very wide river with back-trolling from the local style of narrow wooden fishing boat very popular it seemed.

The tributary we were fishing involved a hike upstream of a kilometre or two, made a little harder by all the rain turning the paths into streams but the scenery was very beautiful, all birch trees, rocks, tundra and hills. The high water levels again did not help us in our search for fish as I know Ville was hoping to be able to fish with dry flies for the salmon in the pockets between the rapids which he told me can be very successful and exciting in the right conditions. These were not it though but we persevered and soon Ville had the pleasure of proving salmon were in residence.

Working our way back downstream over the course of the night/morning we found more regular rapids than where we had started and started to look for salmon in the potholes – more like trout fishing really with my single-hander and just as exciting. It did not take too long for us both to start to get some takes and I managed to winkle out a couple of fish over the course of our own migration downstream by swimming flies through any likely looking holes. Fighting the fish was more interesting as you really had to hold on to them to stop them dropping down the rapids meaning we would have to chase after them over the rocks but that was all part of the challenge, and the fun. The main headline photo also gives another view of this small river.

After a days rest back at our very comfortable riverside cabin at the friendly Holiday Village Valle in Utsjoki and some much-needed sustenance in their restaurant, our final fishing plan was to have a go at the mighty Tana river itself on our final night. This river plays host to some huge Atlantic Salmon and one of Ville’s fishing buddies phoned to say he had landed a giant fish on the beat we were to fish which always whets the appetite but it was not to be. There was a queue of anglers waiting to fish the beat down and we took our turn twice but with no-one getting any signs of any fish sadly. Still the camaraderie was great with the usual fishing talk ensuing and the night soon passed and it was time to head back, pack up and be on our way to get me back to the airport for my flight home.

Overall the salmon fishing had been tricky thanks to the high water conditions yet we still saw plenty of fish and managed to catch a few between us – a solid result in many other places of course but Ville was disappointed I had not seen the best of what the region offers. I could only wonder therefore at how good the salmon fishing could be here under ‘normal’ conditions for this time of year!

…or so I thought, as a week after I left of course conditions sorted themselves out and the photos of fish started to roll in from Ville. Here’s the more normal stamp of fish you can expect in the area apparently – Thanks Ville!

On our way back to the airport at Ivalo we passed many more of the great looking lakes I had seen on our trip out, with Ville assuring me again that most were full of fish, a great reason to head back sometime in the future for more fly fishing adventures in Finland.

For those of you kind enough to read through to the end – here is a selection of other photographs from the trip I hope you will enjoy. Please click on the first image to open the full size photographs in the gallery. 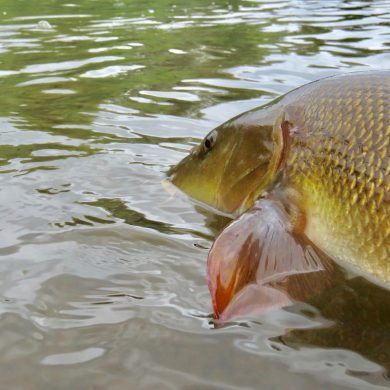