Last August furious salmon fishing interest on the River Esk in Angus accused the Government of “reckless irresponsibility” in its approach to salmon conservation following its unprecedented decision to grant Angus-based Usan Salmon Fisheries the right to extend the season at its netting station near the mouth of the River Esk into September.

Local anglers, who operate a catch and release policy to conserve stocks of wild Atlantic salmon, claimed the two-week extension to the coastal netting operation would lead to an additional 1,000 salmon being killed every year.

And a judicial review, being sought by the Esk District Salmon Fisheries Board (EDSFB), was due to be heard in the Court of Session in Edinburgh later this month to challenge the decision.

But today the court action was shelved following the announcement that the Scottish Government has reversed its decision to extend the coastal salmon netting season and revoked the three year extension licence granted to Usan.

Hugh Campbell Adamson,who was chairman of the EDSFB last summer, welcomed the Government u-turn. He said: “We are delighted that the Government has revoked the licence after one year only. We always felt that the decision was flawed on both conservation and on legal grounds, and therefore warmly welcome this decision. I would especially like to thank the Salmon and Trout Association (Scotland) and the Dee District Salmon Fishery Board for their invaluable support.”

Mr Campbell Adamson added: “The Scottish Government’s capitulation, together with its undertaking to pay the board’s costs, vindicates entirely the EDSFB’s decision to go for judicial review. I hope that we can all now move on and never again allow politics and prejudice to jeopardize wild salmon conservation. The latter must take priority – whether it is in the context of salmon netting on the east coast or the unsustainable increase in salmon farming on the west coast.”

Tom Sampson, chairman of the Esk Rivers and Fisheries Trust, said: The Government’s reversal of its decision is indeed welcome. No increased exploitation of salmon, in the context of today’s limited marine survival levels, can be justified.”

A spokesman for the fisheries board explained: “The Scottish Government announced last year that it was granting a licence to Usan Salmon Fisheries permitting it to net and kill salmon between 1 September and 14 September – after the end of the statutory netting season on 31 August – for three years from 2012. Ostensibly this was ‘to compensate the fishery for disruption’ caused by Marine Scotland Science having access to fish and genetic samples during the commercial fishery season for tagging research purposes.

“The River South Esk is a Special Area of Conservation (SAC) for Atlantic salmon. The Esk District coastal nets are a mixed stock fishery, exploiting fish destined for a variety of rivers – notably the South Esk and North Esk, but also rivers further afield including the Dee, Don and Tay.” 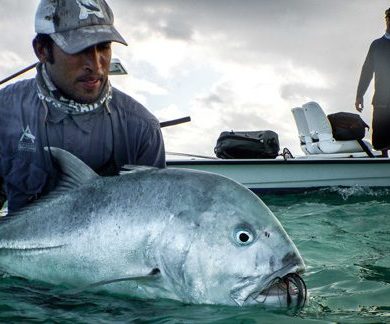