The Be Sharps and The Binkiest Nabob

On me everyone as there is much to discuss.

But first a word from our sponsor…

The Husqvarna 365 is a semi professional saw with a 70cc engine and 28 inch bar that will deal with the toughest timber situations. Styled in seville orange with noir detailing it is sure to cause envy in any arborist in the immediate vicinity. 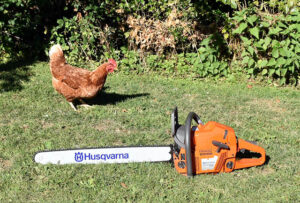 It’s a big saw built to cut up big trees. The engine is bigger than my first motorbike, it weighs many newtons and is a welcome addition to the woodland fleet. It’s also a useful tool for keeping our chooks in check.

That’s the Husqvarna 365 everybody, coming to a tree trunk near you. 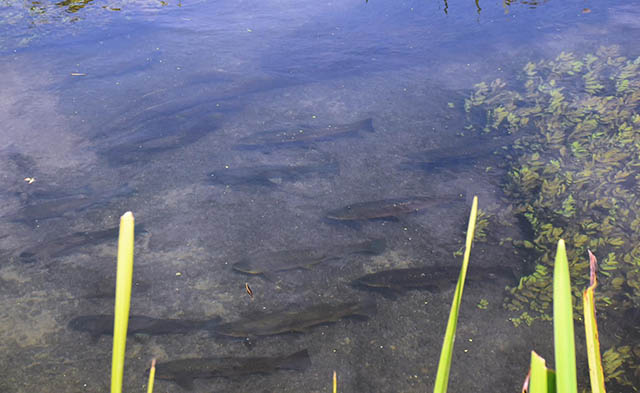 Back on the beat there isn’t a lot of water in the Dever. Fish are feeding in spells and spend most of the day bunched up on the bottom. I was very kindly invited to fish the Anton for the second week in succession and it was the same story over there, with one deep hole playing host to twenty or more substantial soporific trout and grayling. Inevitably I spooked one setting off a series of bow waves as fish charged around the much diminished river.

I popped up to read the gauge at Weston Colley a few miles upstream of this stretch of the Dever. 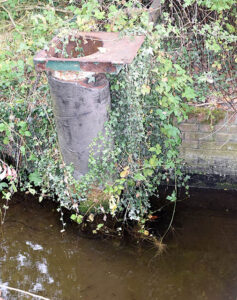 The gauge has gone.

Seems that Command Centre Central have now given up on the first few miles of the Dever.

Thirty years ago I used to help stock the Upper Dever for a local fishing club. They had a significant membership that merited a headquarters in the village from which the club took their name. We would take a hundred or so two pound trout three or four times throughout the summer. 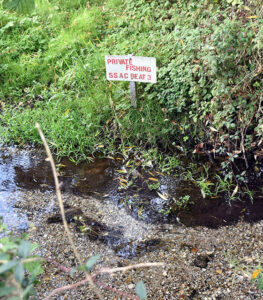 The club no longer exists and the stretch of river they fished has also almost disappeared, it certainly couldn’t support a two pound trout. 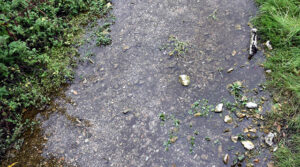 The spring hole that Lord Ludg, The English and myself attended to last winter has all but dried up. Half a dozen springs feed into the hole, only two currently remain, each on the cusp of ceasing supply. I have not seen this spring hole run dry in the twenty seven seasons that I have been falling in and out of this river. 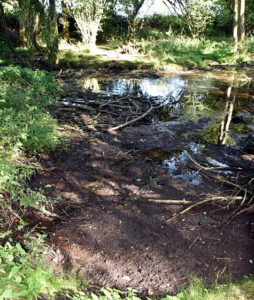 Let me put that another way.

I do know how we ended up where we are regarding the Dever.

It was one of the principle reasons for me to start chucking up guff regarding the river all those years ago, because this river and many more besides were being let down by those charged with affording them protection from big bad business practice and the bottom line. There are several trusts and organisations who navel gazed their way through the last decade regarding over abstraction and the unsustainable use of groundwater supply preferring to focus on other issues that though requiring attention are of little import if the river drys up.

Aquifers in chalk valleys are being over exploited due in part to the unsustainable way in which we source water in the region and dispose of treated waste water. Drawing the stuff out of the ground and then sending it away to sea hoping that Madam water cycle will reciprocate with rain no longer works. More waste water post treatment must be soaked away into the ground or returned directly to the aquifers if these precious rivers are not to be further impacted upon.

Anyway, I seem to have gone early with the offload, so to lift the mood a little..

We whizzed up to the flat hills of Moley’s homeland this weekend for an aged aunt’s ninetieth birthday party.

We took the dogs as it was a long way away and anyway, they’re doggy people.

By way of precaution we paused a few miles from our destination, possibly at Mangold Parva, to walk the dogs/break Moss’s spirit.

Moss has the manner of a dog that, given the opportunity, will party hard. 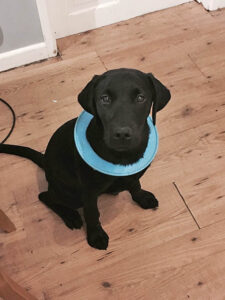 No problem with Otis, he could take peggs on the smartest veranda with the binkiest nabob without real incident.

We walked around the local reservoir, which was half full (AAAAAARRRGGGG!) and free from local news reporters as unfortunately the depleted reservoir had no interesting abandoned buildings poking out of what water remained, before climbing a hill to a monastery where bells rang and Cistercian monk’s chanted. It was quite unexpected and merited mention in the magnificent Mole books. 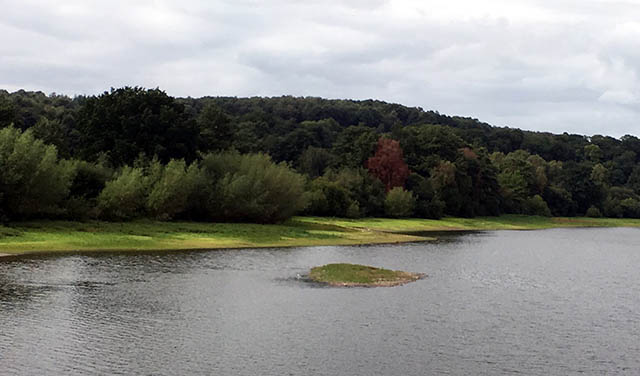 Sue Townsend, such a loss.

Currently we play host to a quartet of Little Egret who fish together, fly together and roost in trees together.

The excellent Stihl HLA 85 has been employed in the fight with Phragmites on the Flight pond. Two days of tackling norfolk reed from the bank before taking to the water for a third day to cut back this most ambitious marginal plant that has designs on taking over the whole pond. While out on the water it soon became apparent that the silver fish have spawned successfully this year with masses of juvenile rudd and roach. The swan mussels also seem to be having a good time in a shallow pond that in the high heat of august attained a temperature more suited to African cichlids. 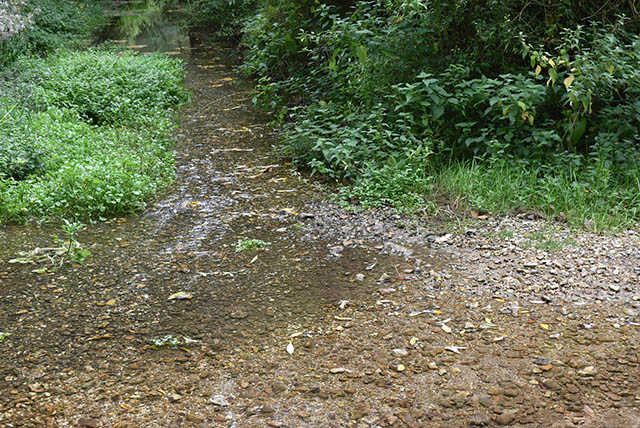 Only a few weeks of fishing for trout remain. The grayling are in fine condition but the trout will soon have a final feed of the summer before turning their minds to spawning. Big fish are always caught in the final few weeks of the season and currently we play host to quite a few substantial specimens. Unfortunately the spawning gravels that they would normally gravitate towards in the coming months are currently covered by only a couple of inches of water, a level that will be further reduced when the watercress and weed dies off at the first sign of frost.

Cue perennial request for a very wet winter in these parts!

Fishing on the Frontier – Part 48: Euro-Style; A New Boundary State
This website uses cookies to improve your experience. We'll assume you're ok with this, but you can opt-out if you wish.Accept Reject Read More
Cookies Policy