The Messiah, Proud Mary and Moses

Well that’s it, trout fishing for 2017 done, and as ever bewilderment over the speeding up of time as wasn’t the Mayfly only a few weeks ago?

A good number of trout were caught, many returned and many sent to the smoker. Perch, Pike and Roach have also featured although all to nymphs in the latter half of the season. 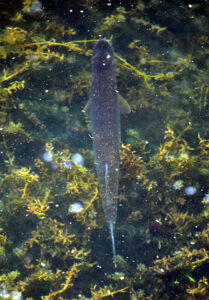 So on to the grayling who are in top trim. The river currently remains gin clear and sight fishing for fish to two pounds will draw a handful of grayling enthusiasts (who curse when bothered by trout) in the coming months.

Today I walked up the river and disturbed four kingfishers, apologies, that sounds a tad messianic,

Today I walked up the riverbank and disturbed four kingfishers. 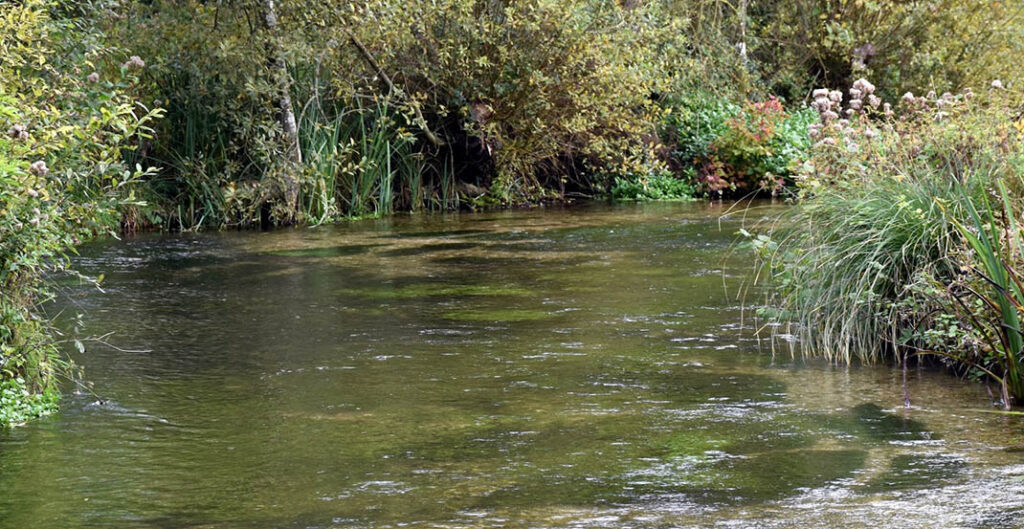 I don’t think we have had as many of the things about the place in the twenty five years that I have been falling in and out of this stretch of river. Trotters for roach with bread flake will confirm that this reach of the Dever is infested with minnows and it is to this harvest that the eye of the “Blue Flash” is drawn.

Over on the Itchen we’ve received word of mink in the area which is a bit of a worry, as bar the thing that popped out of somebody’s tummy in the film Alien there isn’t a more nefarious creature on a river bank (Alien was set by the river, right? or have I remembered that wrong).
Traps are set and phasers are set not to stun but to destroy.

Oh yes, here’s one of the dog. 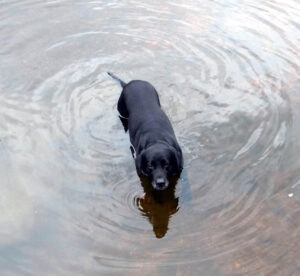 Bred for field sports remember (but no mink hound unfortunately) and not a modelling career, although somebody needs to tell him.

It will come as no surprise that the river is very low.

It should be low at this time of the year and we cross our fingers for rain in the coming months. 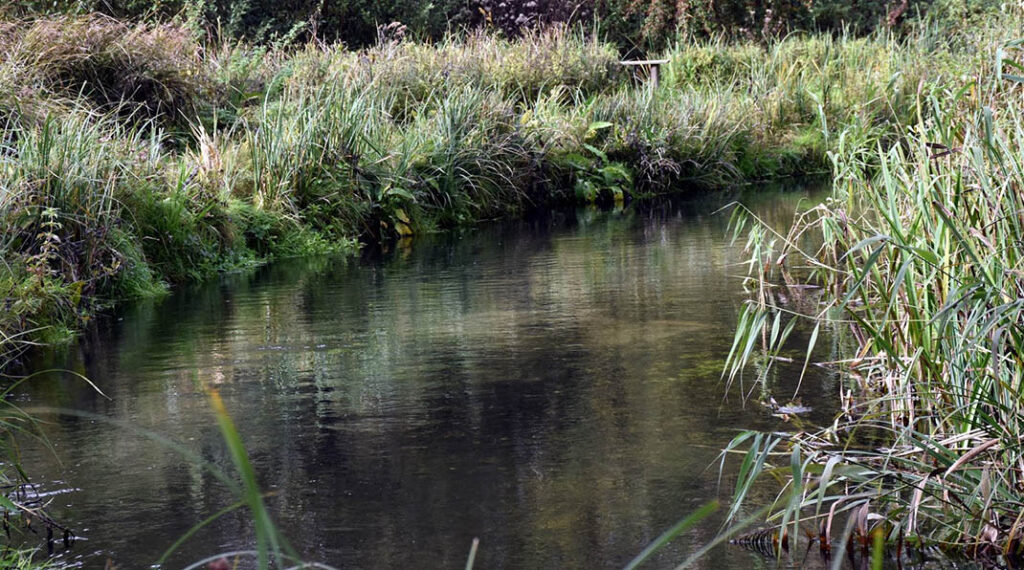 Cress has been left in situ helping to pinch the flow and keep gravel clean for spawning. All bank side vegetation remains and will not be attended to until spawning is done and the river is on the rise.

In recent months I have had cause to accompany Madam to various urban sites of less than ten years in age to collect eBay purchases for some such scheme that is currently upon her. The ratio of hard standing to soft earth on each of these new developments was quite depressing, and when will the penny drop with planners, developers and the general public that we have to soak more waste water back into the ground in this corner of Old Albion if we are to continue to use our groundwater supply in a sustainable manner.

It’s been a while since I got cross about this matter, but it really is a no brainer, and to quell my ire I shall now attend to televisual matters as somebody has been on regarding the lack of TV critique in this guff in recent times so here goes.

Simon Blackwell’s series “Back” is a pip, as is W1A and well done C4 and the BBC for that.

The dancing is back on, all hail the Claude and at this point I’d like to wish Alexandra Burke and Dave Arch all the best in their efforts to honour the force of nature that was Tina Turner in the late sixties, early seventies.

We’ve a fair few fungi about, although the edible variety are a bit thin on the ground. Somebody seems to have found one of my more reliable haunts and the paddock from which at this time of year I would regularly pick a pound and half of field mushrooms each week has been cut to the length of a lawn and planted with grapes, lavender and a yurt.

Which is a shame. 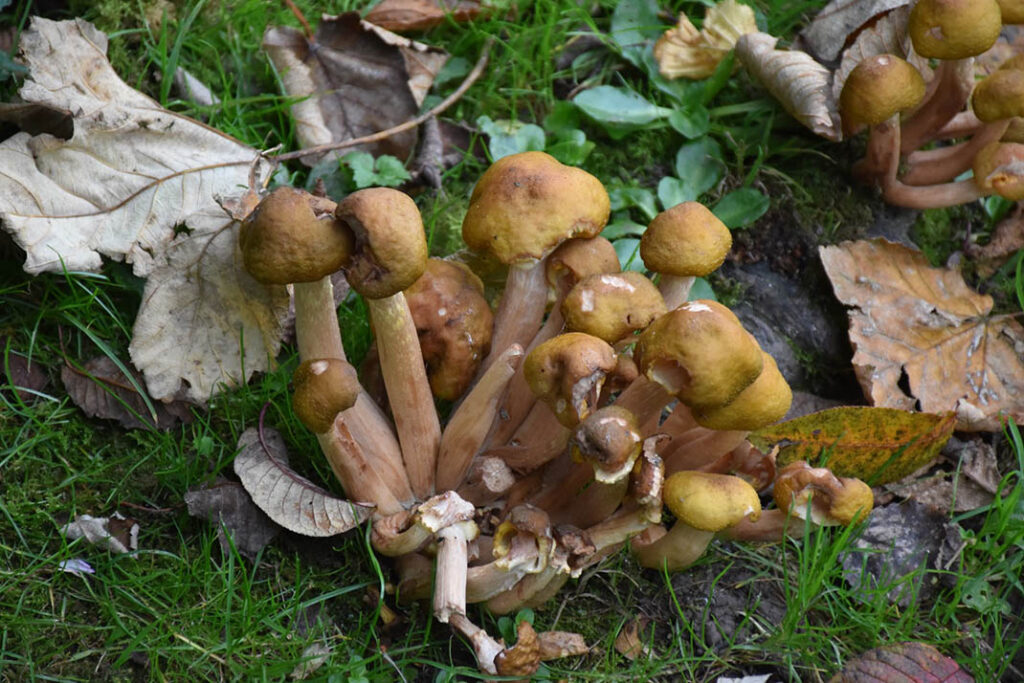 The new chickens have been introduced to the attack chickens and are currently undergoing radicalisation with regard to crows. They all seem to get on, with a pecking order established and the briefest of admonishments over peas presented. 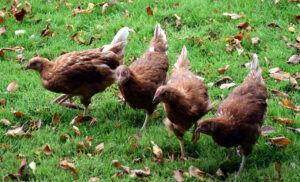 Left foot, right foot adventures this week found us circumnavigating the Standing Hatt inclosure on the outskirts of Brockenhurst. 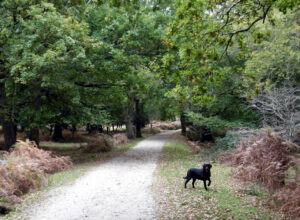 Two questions nagged as we donned our walking shoes.

1: Why do they have “inclosures” in the New Forest and not “enclosures”?

2: Would we bump into Steeleye Span who famously sang about walking around a hat and the merits of willow, and if so would it be ok to pick them up on the promotion of willow, as for the next three months I would be engaged in battle with the forces of Salix that ,if left unchallenged, could well take over planet earth?

Well we didn’t meet Steeleye Span, but not for the first time we were approached by people lost in the forest seeking an exit route. Previously we have given direction via our excellent map and guide book and left them to it, wondering on our departure if they ever made it out. 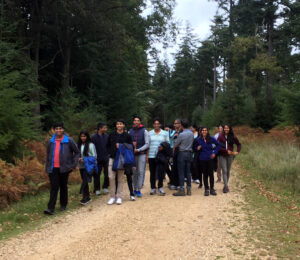 This time we came across a party of thirty or so lost souls seeking passage out of the forest to gain sustenance and succour (some of them looked really hungry) a brief consultation of the map confirmed that unless they were prepared to forage it would be four and a half miles before they came across food if they maintained their current course.

And so it begat, and I don’t mean to come over all messianic for a second time in this current chunk of guff, that, in the spirit of both Moses and Coach Trip I requisitioned the nearest umbrella, held it high and with an “On me everyone” led this lost fun bunch from the forest/desert/ round the sights of Bruges to food and safety.

There are a lot of criss-crossy paths in the New Forest, take a map next time!

Start typing to see results or hit ESC to close
salmon fly fishing chub roach pike
See all results
More Stories
Wrap up for Winter with Farlows- £10 OFF* Voucher
This website uses cookies to improve your experience. We'll assume you're ok with this, but you can opt-out if you wish.Accept Reject Read More
Cookies Policy