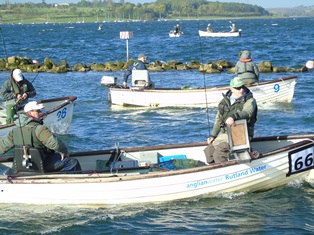 On of the biggest competitions on the trout fly fishing calendar, the Anglian Water Airflo International, took place on Tuesday 3rd and Wednesday 4th October. Rutland Water hosted a fantastic match with an impressive overall two day rod average of 4.4.

Day One saw Gateshead Flycasters in the lead with 44 fish for 88lb 4oz. This was the team’s first appearance at the International final, having qualified at the Scottish Day heat held at Menteith in June. Flyfishing Costa A lay in second place with 37 fish for 84lb 6¼oz and the 2016 champions Change Flyfishers AC weighed in 37 fish for 76lb 14¾oz for third place.

Day Two of this challenging match saw a change in fortune for some of the top contenders. The overnight leaders Gateshead Flycasters could only manage 13th place with Change AC going one better in 12th position. The results on Day Two were incredibly close at the top with Flyfishing Costa A (second overnight) leading with 32 fish for 62lb 10 3/8oz, just ahead of New Angling Patriots who took 30 fish for 62lb 8 5/8 and Team Airflo (fifth overnight), third with 32 fish for 62lb 5 1/8oz.

Announcing the final results in reverse order at the presentation dinner, competition organiser Jon Marshall kept the teams in suspense. Gateshead Flycasters took the bronze medals in third place overall, just behind Team Airflo who won silver and the team triumphing to take the gold medals was Flyfishing Costa A.

Back in early April Flyfishing Costa A were behind the pace and just managed to qualify at the North of England heat hosted at Rutland Water. They went on to win the North of England final in July and returned to Rutland to be crowned worthy champions at the International Final.

Team members Iain Barr, Graham Hayward, Ben Race, Rick Cooper, Paul Runec and John Buchanan, put in excellent, consistent performances against the 23 other top teams. At the awards dinner following the second day of competition the team was presented with gold medals, the coveted silver salver, £1500 cash and tackle prizes. Over the two days the team weighed in 69 fish for 147lb 5/8oz.

The prize for top overseas team went to Belgium and was won by Fly Fishing Forever who took ninth place overall.

The top individual rod was Scott Graham, fishing for Team Airflo. Scott recorded an impressive 37lb 4 5/8oz at the scales. Just behind, by the narrowest of margins, in second place was Sean McCaffery fishing for the Shetland Anglers Association who weighed in 16 fish for 37lb 4½oz. Paul Collict fishing for Welsh Hawks B weighed in 15 fish for 31lb 4¼oz to take third place individually.

The best fish caught during the International final weighed 6lb 1 1/8oz, this superb Brown fell to Nick Dunn fishing for Flash Attack Reservoir Dogs. Steve Peart of Ospreys was awarded the WaterAid trophy for the heaviest fish caught during the competition. Steve caught a 9lb 12oz specimen whilst fishing the Northern heat at Stocks Reservoir in June.

The Green Peters, who made the long journey to Rutland from as far afield as Galway, sportingly accepted the wooden spoon awarded for 24th place.

On Day One Rutland Water fished to a rod average of 4.97. Top rod was Ben Race of Flyfishing Costa A who weighed in at 12.30pm recording 20lb 2 ¾oz. Pablo Mullings of The Renegades took the best Brown, a lovely 4lb 41/8oz specimen. The best Rainbow weighed 4lb 5 7/8oz and was landed by Craig Barr fishing for Flash Attack Reservoir Dogs.

Day Two was a little more challenging with a persistent westerly wind and anglers achieved a rod average of 3.84. Top rod on Day Two was Sean McCaffery representing Shetland Anglers Association with a bag weight of 19lb 15oz. Nick Dunn of Flash Attack Reservoir Dogs weighed in the biggest fish a lovely Brown of 6lb 1oz. There were some stunning Browns brought to the scales throughout the match. The best Rainbow on Day Two weighed 3lb 9½oz and went to Willie Simpson of Menteith Ospreys

Competition organiser Jon Marshall said “Yet again we’ve seen some outstanding performances across the board. It’s always a delight to welcome teams from far and wide to fish in this match and we’re already taking entries for the 2018 competition”.

>>Full results are published on the Angling Water website here. 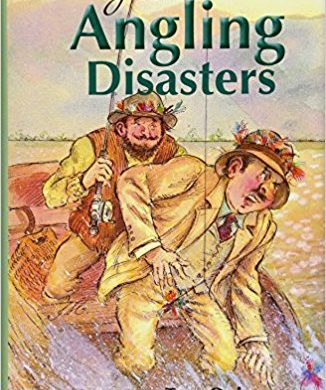