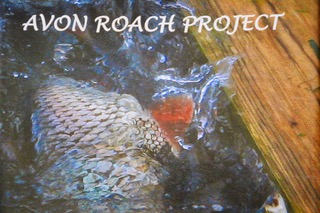 A book review should be objective and the reviewer should be as invisible as possible. However, in the case of this particular, fine work, the pronoun “I” will have to come into the equation, because Trevor Harrop, Budgie Price and I have weathered the same river roach heartbreaks, even though we live a couple of hundred miles apart. At some time in the 1980s or 90s, the three of us, along with many others, realised that the magnificent roach that had enchanted river anglers for centuries were in hideous decline. Norfolk rivers, the Wensum foremost, were roach disaster areas. Wessex rivers, the Avon especially, were in a disconcertingly similar downward spiral.

Indeed, even most anglers were indifferent and simply upped rod rests and moved off to the newly-formed commercials where two pound mirrors assumed the role of similarly-sized roach. But not Budgie and Trevor, who were not to be fobbed off by platitudes, and decided to actually get down and dirty, and actually do something. For this alone, they deserve every piscatorial medal going, and this book details every twist and turn in their mammoth struggle. Most readers will know the philosophy behind this action of theirs. Both believe completely in the importance of maintaining the genetic purity of river roach. This means that stocking with roach from outside any particular river is not an option, so any introduction must be made from using indigenous fish. Hence the creation of boards to attract spawning roach, the hatching out of the eggs obtained, and the rearing of fry and fingerlings up to the point of release back into the Avon. It’s a brilliant concept. It obeys every shibboleth of modern fishery science, and it appears that it might just have worked. With minimal funds and no scientific training, this indomitable pair turned a bathroom operation into a fully functioning fish farm, and the results have almost certainly kick-started an Avon roach revival.

What many readers will not previously have known is just how arduous the work was, and how many obstacles the pair faced along their journey. True they had help, but in essence the blood, sweat and tears shed were largely those of Budgie and Trevor alone, something even more incredible when you remember that the former is now confined to a wheelchair. The entire history of roach fishing has never recorded such determination, endurance and bravery. Some of us might think we are tough simply because we will sit fishing for roach in foul winter weather, but if we read this book, then we’ll realise just how lightweight we truly are.

In amongst the pages of struggle, there are some super-fascinating facts. Small roach will eat even smaller roach in their struggle to survive and grow on to the top of the pile. In even moderately favourable conditions, Avon roach will spawn year in, year out, on April 25th. How on earth do they know, all of them, to get sexy on that date alone? Bewildering, and this rather adds weight to the argument that river roach have their own genetic imprint that should not be tampered with. The whole book is a success story against all the odds, and it is no wonder that the ARP has attracted the support and the admiration of the great and the good of the river angling brotherhood.

Lest this all sounds like piscatorial hagiography, I have to mention the public debate Trevor and I were involved in during the last years of the Angler’s Mail. My great worry is this: not many anglers have the knowledge or the will to copy what Trevor and Budgie have done. In theory, this book should be an instructional manual for other roach enthusiasts to follow, but I doubt whether many will pick up the gauntlet. We are simply too faint-hearted. I also pointed out that in Norfolk through the 1960s, there were huge stockings of roach into the Wensum from other waters, and that they did very well. Fifty years ago, Bintree Mill was a hot spot for “twos” but many of those fish came by van from the river Glaven to the north, and even from Broadland. I also mentioned the fact that a decade ago, large roach were taken from the Norfolk Flyfishers’ Lake and put into the adjoining Wensum, running ten yards away. This was a massive success and no mistake. For years, big roach could be caught and they undoubtedly spawned successfully as vast numbers of smaller roach came through. I simply pointed out that this was an easy fix that transformed the river and would have continued to improve it, had not the Environment Agency inexplicably changed its policy and forbidden further introductions. I should also mention that since 1999, there have been eighteen occasions along the Wensum when a very discernible roach revival has taken place. Roach have begun to re-establish themselves along a particular stretch and then have been wiped out (again) by winter-long cormorant predation on a massive scale. This does show to me that river roach can revive by themselves if they are protected and therefore allowed to do so.

None of this takes anything away from my awe at what Budgie and Trevor have done, and this fine book comes at a vital moment in our angling history. It is an inescapable fact that whilst there are people looking to help trout and salmon along, the future of natural, wild coarse fish is in the balance. The money that coarse anglers pay to the Environment Agency by way of licence fees goes anywhere but into fishery improvement. Most coarse anglers I talk to view the EA and Natural England as a hindrance rather than a help – though good people work there and are probably frustrated by the rules they have to follow. But the fact remains that if we want our river roach back, we will have to act, and as anglers, do something for ourselves. In this gob-smacking book, Trevor and Budgie go a long way to showing how we should do that. 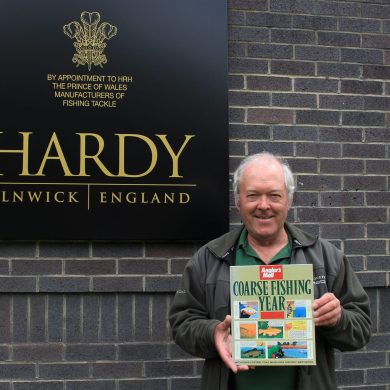