UDN is a naturally occurring dermatological disease that leaves salmon with lesions, which can become infected.

Anglers visiting the Spey have been urged to disinfect their equipment.

The Spey River Board said many anglers and ghillies had reported salmon entering the river this season with lesions and ulcers on their head.

Samples taken by inspectors from the Marine Laboratory in Aberdeen confirmed one of the fish was suffering from UDN.

The Association of Salmon Boards has alerted river authorities across Scotland.

In a letter to proprietors on the river, the Spey River Board said deaths from UDN tended to come as a result of the secondary fungal infection Saprolegnia.

The letter said: “The disease can affect sea trout and brown trout but juvenile fish do not appear susceptible.

“Previous outbreaks have died out naturally after a period of time. It is important to note that fish affected by UDN can and do survive to spawn normally.

“As an interim measure it is recommended that all fresh run fish exhibiting head lesions, but otherwise free of fungal infection should be returned in the hope that they will recover and spawn naturally.”

There have been two serious outbreaks of UDN in Scotland, one in the 1880s and another in the late 1960s and early 1970s.

Spey Salmon Head Lesions
Anglers and ghillies have noticed a higher than normal incidence of lesions and ulcers on the heads of some salmon entering the river during the 2012 season, typically on the nose and above the gill covers. More recently there have been some instances of fish being observed with fungus and there has been some fish mortality.

Spey Fishery Board (SFB) Response
The SFB took a responsible and proactive stance from the outset and made arrangements for two fish exhibiting head lesions to be sampled on the river bank by fish health inspectors from the Marine Scotland Science (MSS) Marine Laboratory in Aberdeen.

The Board has now received verbal confirmation from MSS that one of the two fish sampled was suffering from Ulcerative Dermal Necrosis (UDN). At the moment it appears that a limited number of fish may be affected by UDN, rather than there being an epidemic. Indeed, UDN is almost always present at low levels and the higher incidence this year may be due to the unusual weather conditions.

Nonetheless, the Board wrote to all of its proprietors to inform them of the issue and held a meeting with the Ghillies. Its Publicity Committee was convened and an extraordinary combined meeting of the Board and the Spey Foundation Committee has also taken place to confirm the Board’s strategy. The Board also reviewed its Conservation Policies and guidance on this is given on page 4 of this Briefing. It is anticipating further written guidance from MSS and this, too, will be published as it becomes available.

A system of monitoring has been established to identify the extent of the problem. To this end, ghillies are being asked to complete a reporting form each week which will indicate how many fish are affected. This will also allow the Board to establish whether or not the disease is escalating and to put in place remedial measures if appropriate. Until then, it is very much “business as usual”.

MSS have given the Board generic advice in common with a response to any fish disease (rather than specific to UDN), that biosecurity measures should be in place for anglers and ghillies who may be handling affected fish. The Board has accepted this advice and has subsequently distributed disinfectant, guidance and sprayers, if required, to all beats on the river.

Impact of UDN
Although there is often significant fish mortality as a result of fungal infections (Saprolegnia) which can take hold in fish with UDN, it should be noted that UDN itself is not a killer. UDN exposes ulcerous patches which, with no protective mucus, let in the fungus, which is omnipresent in all rivers.  Experience from previous bouts of UDN infection (most notably in the 1960s and 1880s) shows that although there was significant fish mortality it amounted to a maximum of about 10% of fish in the river, often after the fish had spawned.  UDN is not found in fry, parr or smolts, and it is important to note that fish affected by UDN can and do survive to spawn normally.

As an interim measure MSS has recommended that moribund fish should be removed from the river. However, it is important to note that all fresh run fish exhibiting head lesions, but otherwise free of fungal infection, should be returned to the river in the hope that they will recover and spawn naturally.

Furthermore, our records show that in the years immediately after the last major outbreak of UDN in the late 1960s, our fish catches were not adversely impacted and in fact record catches were achieved in the early- and mid-1970s.

A Spey Briefing focusing on this issue will be circulated shortly. 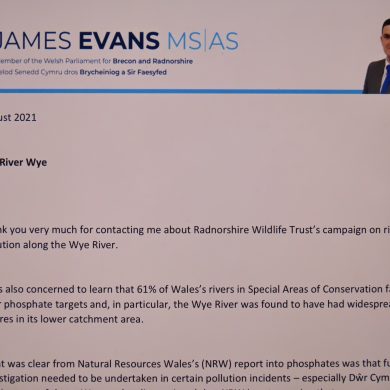