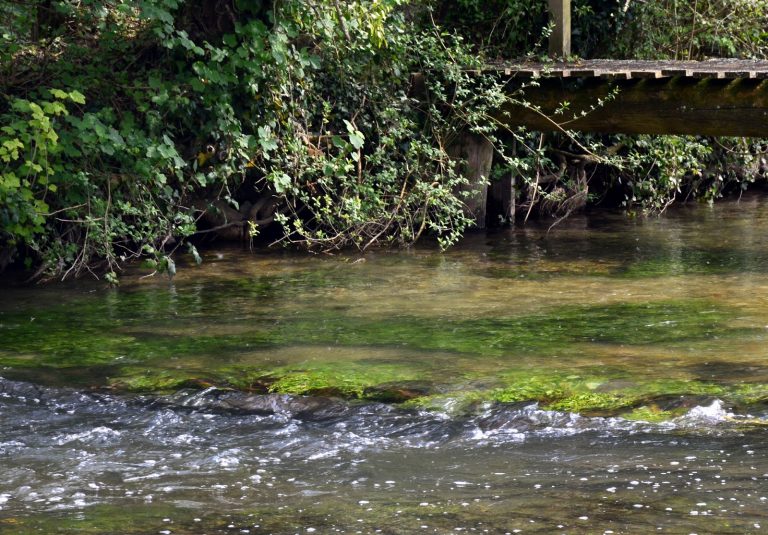 Weasels, Worms and their Impact on Groundwater Supply

Hawthorn was early, heavy but brief and as always has served as the flicking of a switch where our brown trout are concerned and many fish now lie up on the fin seeking further surface dainties. Fishing isn’t easy, stealth is required not to spook fish in low clearing water, but many fish were caught in the first week including two lumps of three pounds. All fish appear to have over wintered well. We now undertake a two week hiatus before the river erupts with mayfly. Weed remains slow to grow possibly due to a cold river, we’ve also had a bit of the ugly brown algae that is now a regular occurrence at this time of the year. Lifting from the bottom of the river on a sunny day it breaks up as it passes through broken water adding a murky tint to the river. It is always more prevalent after a dry winter, a wet winter (or what was once considered normal winter) acts as a Grandmother’s flannel to a mucky grandchild, providing a good scrub behind the ears and ridding the river of the insidious brown gunk. 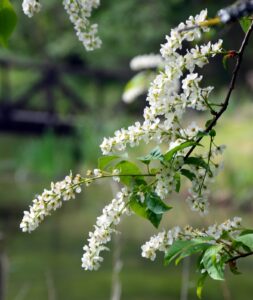 Some swallows have turned up, few in number they have yet to nest on the special platforms we erected under the eaves of the new workshop. Kingfishers are nesting a few yards beyond the ash tree on the opposite bank on the top shallows and the mill stream already plays host to millions of minnows over which this pair and the pair nesting near our bottom boundary, will undertake daily dog fights as they both lay claim to the minnows to feed their young.

Cuckoo flowers are out, but no sign yet of a cuckoo and marsh marigolds provide a gaudy backdrop to both the river bank and the meadows. Last week we had three frosts, the third a particularly hard one for the time of year that saw temperatures bottom out at minus four degrees half an hour before dawn.

My dahlias and potatoes have turned black and the spectacular wisteria that adorns the end of the Mill House has given up its flowers, we can only wait and see as to how the apples and pears will be this year. Reynard still stalks the parish and I am diligently shutting our remaining chooks up each evening who reciprocate with an egg each day.
Cricket has broken out and this past weekend saw two games where spin held sway, the ball raced to the outfield and runs were easy to come by. The pitch and outfield are redolent of late June or early July, and this at a ground on the banks of the main River Test where we normally struggle with puddles in the opening games and runs are hard to come by on a verdant track that is doing a bit. There is a small borehole that we use for watering the square. It is of simple design and it is possible to take the top off and make a visual assessment of the ground water level, which I am sure you will understand, I do quite a lot.

It is frighteningly low, the cricket ground could take two weeks of constant heavy rain and the puddle in front of the pavilion would fail to form. There are winterbournes and spring ditches across the region that are bone dry and will not now run this year. The signs were there at the turn of the year and I am told that at Command Centre Central there were meetings, but we are now in May and still no warnings about the almost inevitable water shortages this summer. The way we use our groundwater supply in the South East of England is no longer sustainable, pulling it out of the ground and sending it away to sea is a wager with Madam Water Cycle that we are currently losing heavily. More treated water must be returned to the aquifer as close to the point of abstraction as possible to push the odds a little more in the chalk stream’s favour.

Recent perambulations in the name of extending life saw us parking the car in Micheldever Wood. A stunning stand of predominantly beech, it is carpeted with billions of bluebells at this time of the year and draws quite a crowd.

The Upper Itchen has a slightly higher environmental classification than the Dever. Water is abstracted from the aquifer to maintain a minimum flow down the Candover stream to provide succour to the Upper Itchen in times of low flow. It’s an operation that has been undertaken for some years, but recently the Environment Agency has noticed that the Candover stream abstraction has been taking water from the other side of the hill that would otherwise have ended up in the Dever (Feel free to check back through this guff for the number of times that I have stated “this river seems to drop at an increasingly alarming rate during prolonged periods without rain)

The Environment Agency have quite rightly stated that this can’t continue as we are not yet at the stage where we have to choose which chalk streams we want to keep and which ones we must trash in the name of providing water for domestic supply, and have requested a significant reduction in the amount of water permitted to be abstracted and sent down the Candover stream during dry periods. Our local water company however has objected and state “if you don’t want the water on the original abstraction licence to maintain river flow, we will have it for domestic supply”.

The case is currently with the Minister of Environment ( I think, although it may require the Minister of Magic) and the Dever waits to see if it will get back a small proportion of its groundwater supply that for some number of summers has been sent down the Upper Itchen.

We headed over the hill and down into the Itchen valley, passing through parched fields and a piece of down land where Hambledon CC, who Longparish had played the previous day, played an England side in 1772.

We once again managed to turn a six miler into a nine miler as we got lost in Micheldever wood, as all bluebells and beech trees look the same following a good lunch with the map in the bag due to over confidence through wine. 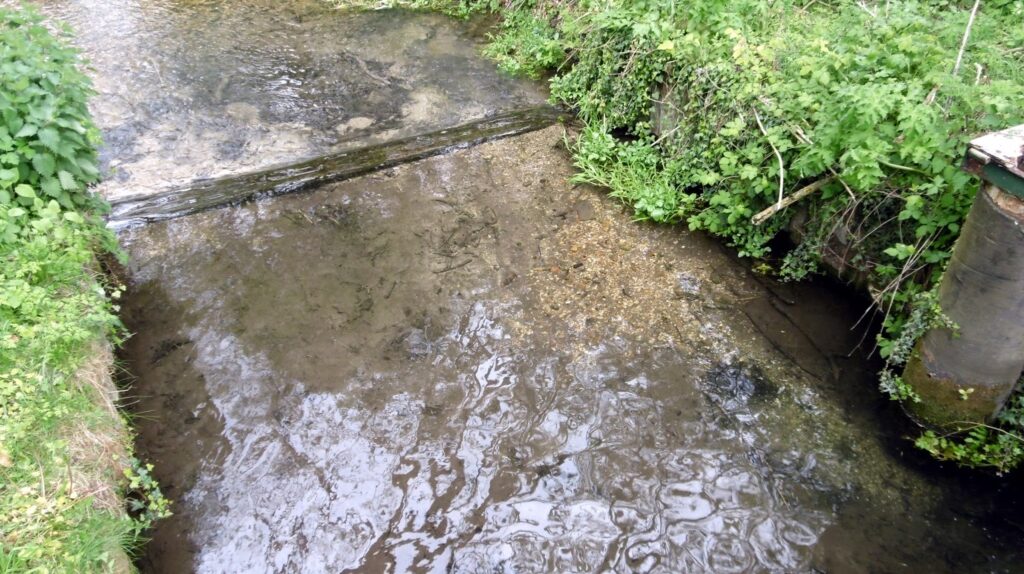 Returning down the Dever Valley we popped over to the bridge at Weston Colley to take a look at water levels and read the old water depth gauge in the upper reaches of the Dever.

I know my eyes are not what they used to be, but the gauge didn’t seem to be there,

which may be an indication as to the direction the Minister of Magic’s thumb will point regarding the return of some of the Dever’s groundwater.

Start typing to see results or hit ESC to close
salmon fly fishing chub roach pike
See all results
More Stories
Fishing on the Frontier – Part 9
This website uses cookies to improve your experience. We'll assume you're ok with this, but you can opt-out if you wish.Accept Reject Read More
Cookies Policy