With my left foot, Thierry Henry would be complete

And so to business.

Maisie popped in last week with the dimensions of the logs required for their new wood burner. It’s a little bit smaller than the iron horse that heats our house so some logs must now be trimmed a tad. While in wine with a pair employed in houses brimful of pedagogues, conversation inevitably turns to educational matters. I couldn’t contribute to the discourse, but a brief bit of earwigging revealed that many state schools are currently spreading themselves a bit thin. 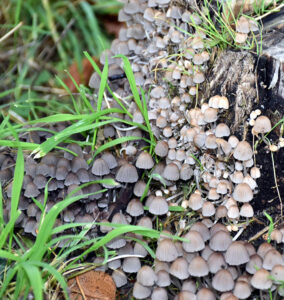 It can be both a rewarding and stressful occupation working to help educate the next generation and by way of succour and the current cult of mindfulness Maisie has taken to using something called a PAP or possibly an APP, I don’t remember, but no matter, the PAP plays soothing sounds from her clever phone directly to her ears. It’s the sort of stuff that Blue Peter assessed in the 1970s but discarded in order to promote flying cars and hover shoes (Bleep & Booster Blue Peter Annual 1974) At the time Punk was imminent and notions of soothing sounds were soon dismissed. Anyway, turns out that one of the soothing sounds on said PAP is rain falling on a roof. 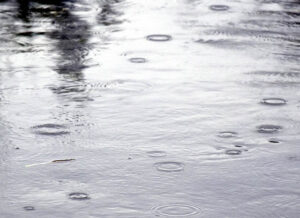 I have since acquired this magical item entitled PAP and have employed it constantly throughout the week and it is indeed soothing.

Call me out as a Shaman, and yes, the Juju wood (foreign lingo alert, button pushing paladins – SAE’s to the address below) but it has not stopped raining since I downloaded this magical thing.

This APP/PAP can make it rain without the requirement for dancing or animal sacrifice. 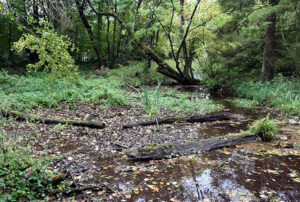 If we can all agree to download this app and listen to the “rainfall” track for ten to twenty hours a week these springs should start running again and all will be well on the chalk streams next year.

Chalk streams just went digital and I may now be a smart river keeper.

You heard it here first folks, although further evidence may be required.

Hover shoes indeed. All sensible people of the seventies agree that monorails were the future of getting from A to B.

Trout fishing has finished here now and it’s time to jump in the river and make ready for high winter flows (crosses fingers while quietly invoking forces of PAP) I’ve been pulling cress for much of the day which has dropped the level on some of the shallows by a critical few inches and also weakened my shoulders. Needless to say heron and egret stand primed for an easy meal (fish on shallows. not me prone with busted shoulders) and today I saw our first cormorant of the autumn filling its gizzard with silver fish on the flight pond.

Trees continue to be attended to and the trunk of the large ash that topples across the mill stream has now been dealt with. We drained the Mill stream to make the task easier but it is a big chunk of ash that has been sliced up with a few big chunks manoeuvred to pinch the flow should we ever have enough water to run the Mill stream properly again. While drained down an old hatch that was once used to push water around the meadow between the mill stream and main river was exposed. There are four in all on the mill stream, all now no longer in use. It is a man-made channel formed centuries ago to drive the wheel at the Mill.

Gluten freesters would have welcomed a summer sojourn in this environs through the last decade as there has not been enough water to spin a wheel to grind wheat to form flour. Twenty years ago the mill stream supported ranunculus and numerous entries in the fishing book in the “where caught column” cited the Mill Stream.

There are no entries for fish caught in the Mill Stream during the last four years.

I know I go on about it, but this trashing of the aquifers is happening by stealth on our watch everybody. It might be time for a few more people to start jumping up and down and shaking a fist about it. (further invocation of forces of Pap, crosses toes for rain)

Oh yes, why has high end salt now assumed a pink hue and is sourced from the Himalaya?

Is this the new trade deals thing kicking in?

In other news William has a job. In two weeks he moves to the capital city of our glorious nation to take up a planning post with The London Legacy Development Corporation. Based in the QE2 Olympic Park it should be an interesting gig delivering what is promised to be ” a new East London – one where diversity and cultural vibrancy meet economic growth and the city’s newest, cleanest and most sustainable communities”

Well if that’s all deliverable, I’m in. 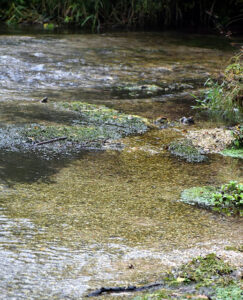 I was a little late to Plum, but crikes he could bounce a word. I’d read of his time in occupied France and yes, in times of war, he was possibly a tad naive. But to me he didn’t come across as a man of war and I’d fund a few bricks for a statue of him, pipe in hand at the typewriter. It would have to have the proportions of the Angel of the North and be sited on an appropriate knoll in the celebrated Vale of Blandings where the Severn gleams in the distance and the Wrekin can clearly be seen. A floor tile in a metropolitan church doesn’t seem to do him justice.

Percy Jeeves by the way, a former Warwickshire cricketer who died at High Wood on the Somme whose name is on the Thiepval memorial and was subsequently immortalised by Wodehouse who once liked the look of his bowling at Cheltenham in the summer of 1913.

Mushrooms are good this year, if a little late. Here’s this mornings harvest. 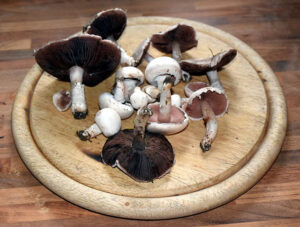 Currently picking a pound or so a week from several secret sources that even GCHQ are unaware of.

I know when I am being followed – spider senses tingle.

To finish, and with a nod to Daniel Day Lewis, here’s one of my left foot. 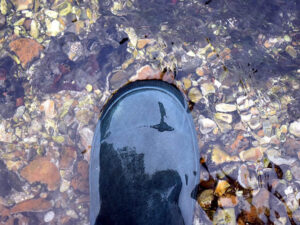 I’m standing on some spawning gravels that I would normally be tickling up with a rake and tin at this time of year. These gravels have been used by brown trout for spawning every year that I have been falling in and out of this river (currently twenty seven).

Ten inches of water is a minimum requirement for trout to dig a redd.

Wither the poor folk of Wales who currently suffer eels on the sofa following flooding, but Welsh rivers react in a different way following rain to chalk streams.

It takes an awful lot of rain and quite a bit of time for a chalk stream to rise ten inches.

For the allegorical among you who may may draw their water from a source other than ground water, the boot is an abandoned village replete with church and out buildings, the water is a depleted reservoir,

I hope that helps.

Pours large drink, reaches for PAP and consults book of enlightenment on how best to make it rain in the South of England in the following four five months.