A major engineering project helping salmon return to what was once one of Britain’s most polluted river systems, has achieved a historic success  after a young salmon was discovered in the River Dearne, South Yorkshire.

An Environment Agency fish survey team spotted the 14cm juvenile when carrying out routine checks last week. The discovery is the first evidence of salmon spawning in the river, which is a tributary of the River Don, for more than 150 years.

Once in abundance, salmon populations began to dwindle with the growth of industry. Weirs which were built to power industry or provide deep water for boats also acted as barriers to the fish reaching their spawning grounds. By the mid 19th Century salmon were all but gone from South Yorkshire’s rivers.

Last year the construction of a fish pass was completed at Sprotbrough Weir opening up 55 kilometres of the River Don – almost half the length of the river – to salmon and other migratory fish.

“Our rivers are the healthiest for more than 20 years and otters, salmon and other wildlife are returning for the first time since the industrial revolution. But there is still more to be done. The construction of the fish pass at Sprotbrough Weir is a significant step in getting salmon back to rivers across South Yorkshire.

The River Don already supports a healthy population of coarse fish, and adult salmon have been caught in the river in the recent past, but the discovery of this juvenile salmon in the River Dearne is hugely exciting. The size of the fish indicates that it was born in early 2014, which means that its parents probably used the fish pass at Sprotbrough Weir shortly after it opened.”

The fish pass at Sprotbrough also allows coarse fish living downstream of the weir, like barbel, to reach their spawning grounds further upstream. It reconnects the rivers Don and Dearne back with the Humber Estuary and is part of our grander plan to create ‘fish highways’ providing free passage for fish between the sea and the upper reaches of rivers. 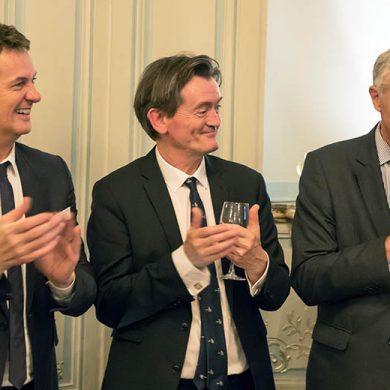