The theme of the evening was ‘Game Changers: Women in Wild Atlantic Salmon and Environmental Conservation’ and angling icon and champion caster Joan Wulff was Honorary Chair and recognized the significant role of women in conservation.

Named ‘Hero for the Planet’ by Time Magazine for her ground breaking work to save the Everglades, Mary Barley’s environmental awakening in the 1990s originally stemmed from concerns about habitat degradation and soon grew to centre on clean water. Barley’s passion for the natural world and its precious resources, ecosystem restoration and clean water is equally manifested by her love of fly-fishing and wild Atlantic salmon. Her combined interests and pursuits led her to join ASF in 2004 and fight for wild Atlantic salmon conservation.

“Women understand that healing the planet will take generations,” said Barley. “We are persistent, insistent, organized and determined. Our voices will and have made a difference.”

During the evening, three trips were auctioned to benefit members of Project Healing Waters Fly Fishing, a program which serves military personnel who have been wounded, injured or disabled by assisting with healing and recovery through fly fishing and fly tying.

“We women have a responsibility to protect, defend, nurture and restore our beautiful Earth,” said Nancy Phipps, dinner co-chair. “My personal passion for the wild Atlantic salmon has guided my life’s work, and led me in unanticipated and fulfilling directions. Women are standing up and making a difference.”

This year’s New York dinner also included a silent, live and online auction as well as a Paddle Raise to support the restoration of Atlantic salmon spawning habitat in Maine. 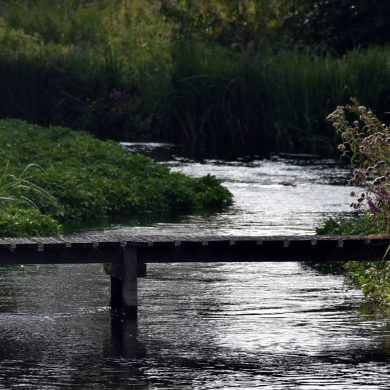