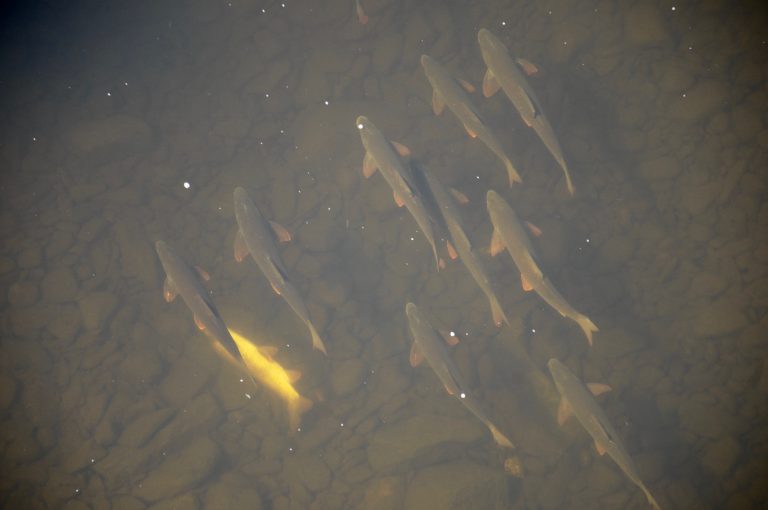 I’m fascinated by all the posts that come in, but the recent one mentioning Tenkara really caught my eye. Personally, I first became aware of its existence at a Game Fair many years ago, when it featured in one of the demos that took place. I was mildly interested, but sort of wrote it off as a method for small fish, and not unlike the way we had fished here in the UK back in the 16th and 17th Centuries. Now it occurs to me that my mates and I have been fishing a sort of Tenkara-derivation for roach and chub for at least five years, if not more. Let me explain.

If you take our Eastern rivers in the summer when the flow is non-existent, the depths minimal, and the clarity startling, roach are almost impossible to catch on any normal method. A feeder or a float scares the bejeezus out of them, and they are gone in seconds. So what we have been doing is to use a 14ft float rod, set up with 3lb line, no float, and size 16/18 hook with a grain of corn as bait. We might in a wind add a No 4 shot, or very occasionally, a BB 18 inches up from the hook. I have tried using a pole, but even a light one I personally find just a tad too long and cumbersome.

Polaroids, breathable chesties, and lots of energy and patience are vital, and what we do is stalk the river for as long as it takes to find any fish that we might want. We obviously have favourite runs, but this can take an hour even so. The key is to watch the roach intently and work out their patrol route. When we have identified a piece of clean gravel or sand that they like to go back to, we place the corn there, once they have moved off, and we wait for their return. If you do everything right, 75% of the time you will get a pick-up and a fish, but the shoal will scatter for the day. These are the basic rules, and there are times you have bend them and improvise, but you get the gist. I’d go as far as saying this is the ONLY way of catching roach in these conditions, and if the weather is wet or windy, we’ll do something else!

We have equal success with low-water chub, which are even flightier than the roach. We have completely discarded usual baits for chub in these conditions, simply because they are terrified of them a lot of the time. We might step up line strength a little and use a bigger hook. Best baits are a dead frog, a dead mouse, a small dead fish – gudgeon especially – a prawn or double lobworm. I’ve seen bad, rule-breaking boys use dead signal crayfish to startling effect, but I wouldn’t dream of recommending these of course. It seems to me that the advantage of what we are doing has over Tenkara proper is that we do have a reel to give line if needed. You rarely need to use the reel for roach, unless the fish is 1.08 or so, but a six pound chub is a different proposition.

Now we come to barbel, and I confess I have never really used this exact technique for them… though I have come close on the summer Wensum. If we look at the Wye, say, Summer 2020 saw it very low and clear at times, and Enoka (wife) and I couldn’t buy a bite, whatever we did. When it rained, and the river rose a little and coloured, it was a different story, but most of the time we watched an untroubled rod tip. I have been convinced for years that the splash factor generated by a lead, feeder, or even float on the line is the culprit. A bait, or fly, placed close to fish with no splash has to be the key in these killer conditions?

Many, many times I have watched Wye and Wensum barbel eagerly mop up pellets in quick water, even digging them out from amongst the stones. However, any sight of a lead will move them away. How about using the 14/15ft rod and simply bouncing a 12mm or 15mm pellet down the swim, much as you do a nymph with the Czech technique? Worms, dead fish or boilies would probably oblige as well?

In my long, long experience, I’d say summer fishing on low, clear rivers is ruined by fishing overly-heavy. Approaches that are half-fly, half-coarse, and allow you to put a bait on the fish with minimal disruption provide at least some of the answer. I find this truly intriguing, because there are no rules and you are making it up as you go along. And, of course, a lot of the time, you are close enough to see the taking fish… which has to be the most exciting moment in our sport?? 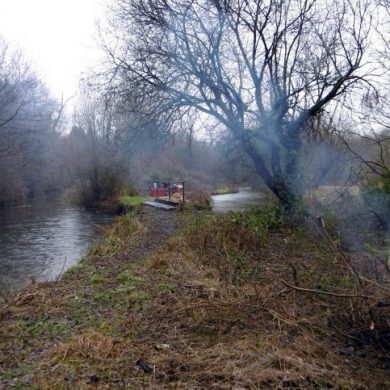 Diary of a Riverkeeper on the River Test
This website uses cookies to improve your experience. We'll assume you're ok with this, but you can opt-out if you wish.Accept Reject Read More
Cookies Policy