“This is a tremendous success for these highly migratory species,” National Coalition for Marine Conservation (NCMC) President Ken Hinman said. “Marlin, sailfish, and spearfish do not know country boundaries and travel through three of the planet’s oceans. Giving them greater protection in the United States sets the stage for better protection worldwide.”

With the largest buyer out of the market, the NCMC and International Game Fish Association (IGFA), who championed the bill, will now turn their attention to the international challenges facing these imperiled species. And with populations of three species of marlin having declined by more than 50%, their efforts come not a moment too soon.

“Recreational anglers and ocean conservationists have been the primary supporters behind the Billfish Conservation Act,” IGFA President Rob Kramer commented, “and I am confident that with this strong step by the United States, we will be able to raise support for more robust measures elsewhere.”

“We have sound science that indicates that billfish are not doing well on a global level,” IGFA Conservation Director Jason Schratwieser added. “Better international protection for these fish benefits open ocean ecosystems and recreational anglers around the world.”

The legislation prohibits the importation of all billfish (marlin, sailfish and spearfish) in the United States, while still allowing for traditional fisheries within the State of Hawaii and the Pacific Insular Area.  Swordfish are not included in the prohibition. Marlin, sailfish and spearfish, collectively called billfish, are some of the world’s most majestic marine fish.  They are apex predators that play a critical role in maintaining healthy ocean ecosystems.   Billfish are also highly esteemed by recreational anglers the world over, and catch-and-release fisheries for these species support many marine jobs and generate billions of dollars to the U.S. economy.

Unfortunately, the world’s billfish stocks are seriously imperiled from non-U.S. commercial fishing. Billfish are primarily caught as by-catch in commercial tuna and swordfish fisheries, but the by-catch is harvested and sold internationally, with the United States serving as the world’s largest importer of billfish.

There are many sustainable alternatives for restaurants and retailers to offer in place of billfish; thus most restaurants have taken marlin and other billfish off the menu. 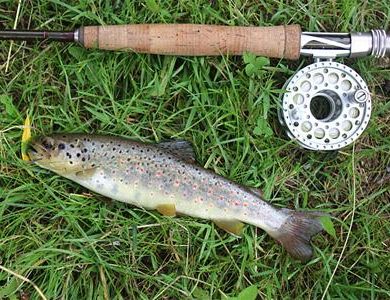 Fishing on the Frontier – Part 50: Coming Full Circle
This website uses cookies to improve your experience. We'll assume you're ok with this, but you can opt-out if you wish.Accept Reject Read More
Cookies Policy