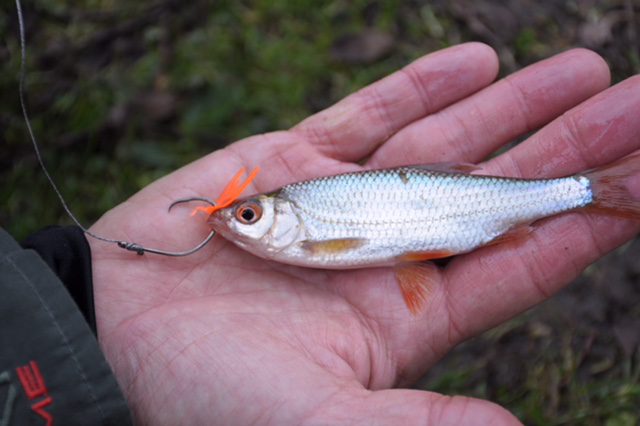 I’m well aware that circle hooks have been discussed in the past on the Fishing Magic forums and I don’t want to plough old ground. However, the fact remains that pike care is as live an issue as it ever was and that with the pike season now in full swing, you and I both know that pike will suffer from deep hooking and bad dental work. The pike deaths that this winter will witness are something we should be doing something about as responsible anglers. Surely? Probably the main cause of pike damage is the problem of inexperienced anglers trying to remove multiple treble hooks from a pike’s tooth filled mouth. The possibilities of fatal results are immense. The issue has long been discussed and I was first really aware of it in the 1980s when Vic Bellars and Martyn Page pioneered their VB double hooks, which undoubtedly saved fish lives.

Experienced pike anglers have long discussed the pros and cons of circle hooks – and I have contacted several of my very successful friends before writing this. But my point is not really anything to do with pro pikers but rather concerns the far larger number of raw pike anglers that have a few sessions most winters. It is this level of angling activity that probably causes the real harm to pike populations and it is here that circle hooks might make a difference if they had more exposure. Most winters, predator pal Robbie Northman and myself have a few visits to the tidal Wensum in Norwich city limits and the fish damage we see is shocking. On occasion, I have watched Robbie remove up to EIGHT abandoned wire traces from a single pike. I’d say it is rare to catch a pike without at least one trace rusting in its mouth somewhere. This is the reality and this is something that wider use of circles might well alleviate.

We all know there is nothing magic about circle hook use. You put the hook into a bait in the head, back or tail root and present it in the normal way with the usual efficient run indication methods. When a run occurs, you do not strike in the usual way but keep winding down till the line gets tighter and tighter and you simply lift the rod tip and draw the hook into the fish. The concept is that the circle hook point will find its own lodging point, generally in the scissors or the edge of the jaw where it can be easily removed – even by a novice if he has decent tools.

I know that if you are experienced you will be listing the drawbacks to circle hooks by now, most commonly that the point can bounce around in a pike’s mouth, ripping and tearing as it does so. BUT I am writing this at this stage very largely on the back of the experiences of my regular piking partner Simon Ratcliffe, who has been using circles almost exclusively for the past two winters.

I have to say that ALL of Simon’s many fish have been landed with the circle visible somewhere on the rim of the jaw and so easily taken out as a result. I add that Simon has 100% not lost any more fish in the fight than the rest of using more conventional trebles. I would also say that without doubt, during the period, he has actually landed significantly more big pike especially than any of the rest of us. I think there are good reasons for this – which I will return to in Part 2 of this piece.

For the record, Simon has tried Trokar Magnum circles, Eagle Claws, Owners, Mustad Demons and is now happy with Fox Rage patterns, generally in 1/0 or 2/0s. He uses soft, braided wire traces 18 inches long at least. He hits runs as fast as would with convention trebles and generally uses 4 to 6 inch baits, hooked in the head.

So, my point is this. If more inexperienced pikers used circles, we probably would see less damage as a result of unhooking. If more experienced pike anglers used them, we just might see more good fish landed as result…see my follow up soon. And feel free to disagree in the meantime because many of us feel this is an important piking concern and that anything that saves the lives of pike is worth investigating.

Thank you for listening!

Start typing to see results or hit ESC to close
salmon fly fishing chub roach pike
See all results
More Stories
Obsession; A Novice's Tale of Florida Redfish
This website uses cookies to improve your experience. We'll assume you're ok with this, but you can opt-out if you wish.Accept Reject Read More
Cookies Policy