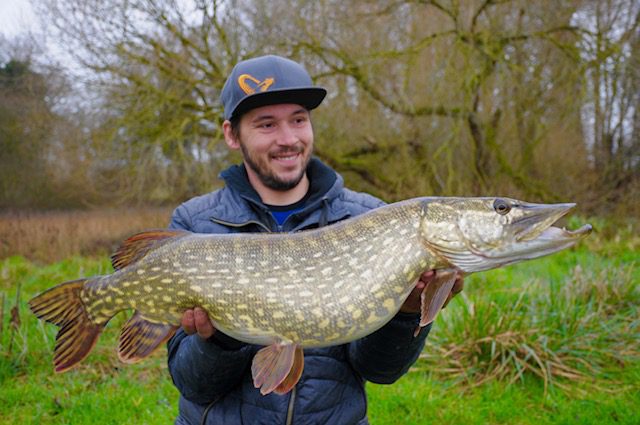 My very first cast into Ireland’s massive lough Erne landed me a twenty-five-pound pike. That was two decades ago and despite endless trips back there I’ve never equalled it. Not come close in fact. To make the story worse, even the numbers of fish have plummeted along with the average size and the condition of those I have caught. It’s woeful, especially when you think much of this is simply down to overfishing and lack of unhooking and aftercare skills. The old saying is that big pike especially have no predator but man and even after the otter recovery, that in large part is true. Find a virgin, unfished water and you will find pike: after that water has been pressured, you’ll find smaller, often damaged pike. This is heartbreaking, all the more so as it is avoidable if only every pike angler knew how to deal with pike on the bank.

The 1970s was the breakthrough era. I was too little to catch pike in the 1950s but I routinely saw them attacked with gaffs and gags and generally hacked to death thereafter. Twenty years on, rigs and handling techniques had improved and so had piking philosophy. The position of pike within the food chain had been recognised and their worth was even valued in trout waters where the big females started to be returned in order to cull the jacks. Today, most of those revolutionary advances are enshrined in modern pike practise but not everyone is an expert. There are novices coming into pike fishing and even those experienced anglers who have never tangled with them before. It is generally recognised that late autumn is the start of the pike season proper and I’d be failing in my duty if I did not yet again go through the rules of accepted modern practice. I can only apologise for boring members of the Pike Anglers’ Club but I am sure they will accept the need.

You must not go piking on your own until you are happy to deal with even a deep hooked pike. Attend a pike handling course or arrange trips with a responsible piker. Hire a guy like Robbie Northman to take you out and ask him to teach you the ropes.

You mustn’t go out without all the unhooking kit that you will need. That includes a good unhooking mat and strong, well oiled, long nose pliers. Take scissors and wire cutters and avoid a soft micro mesh landing net-pike revolve in them and the hooks fly everywhere. A bucket is useful in case you need to keep a fish dowsed during a longish operation.

You must not leave your rods unattended whilst you wander off for a chat or cuppa. When you get a run, strike very quickly and make sure your bite indication techniques are up to scratch. If you do miss a run by fast striking, chances are the fish will be a jack anyway.

You should use traces of 18 inches at least. Think about going barbless. Above all, think about a single treble in a smaller bait and investigate the use on modern circle single hooks. I see a lot of these in action and they are effective and very kind on the fish.

Either lift a beaten pike out by hand or land it in a modern rubberised predator net, built for the purpose. If the hook is not in the outside of the jaw where it can be flipped out, lay the pike on the mat on its back. Straddle it firmly between your knees so it cannot struggle free but so you are not crushing it. Insert your left hand (I’m right handed) through the gill flap, avoiding the gills themselves and the teeth. You will find a smooth, bony plate where you can lodge your fingers. If you lift your left hand, you will find that the jaws open wide without any unnecessary pressure being needed. The hook(s) should now be clearly visible and easily removed with your pliers. With deep hooked fish there might be complications an expert will show how to deal with but if you are on your rods and strike at the first indication, this should not happen.

If you need to weigh a fish do it in a wetted sling with scales that have already been zeroed. Zip the sides so the fish cannot fall out. If you need to photograph a fish, cradle it exactly as you would a carp, being careful not to crush the internal organs. Avoid the practice we used for years of inserting one hand in the pike’s jaws and lifting the fish that way. it was all too easy to dislocate the jaw, I realise now. See. No one is perfect. Anyone can always learn how to be better.

Pike look big and savage but they are amongst the most fragile of species. Big female pike especially get stressed fast. Look out for them losing colour so that the markings stand out against the drained background of skin. If you sense this happening, act fast and get them back. The best way to return good pike is to keep them in the weigh sling and place this in the margins so that the fish is covered in water and cradled safely. It will lie there in peace until it feels strong enough to glide back unaided to the depths. Avoid touching pike at this juncture as human contact only increases those dangerous stress levels.

If you are witness to an angler struggling with a fish, take over and explain what you are doing and why. In the excitement of dealing with a big fish, treble hooks and traces can come adrift and get lost and forgotten. No matter what is going on around you, keep calm and keep an eye on any discarded hook. Make sure every one is safely collected and accounted for because no angler must be responsible for a walker’s dog going to the vet.

If you have a long piking career, then now and again a pike will die on you. Feel the pain but rationalise it and learn from the mistake you have made. This is our duty. Each and every one of us must take responsibility and make sure this coming winter is as painless for the pike as we can possibly make it. A big thank you for listening.