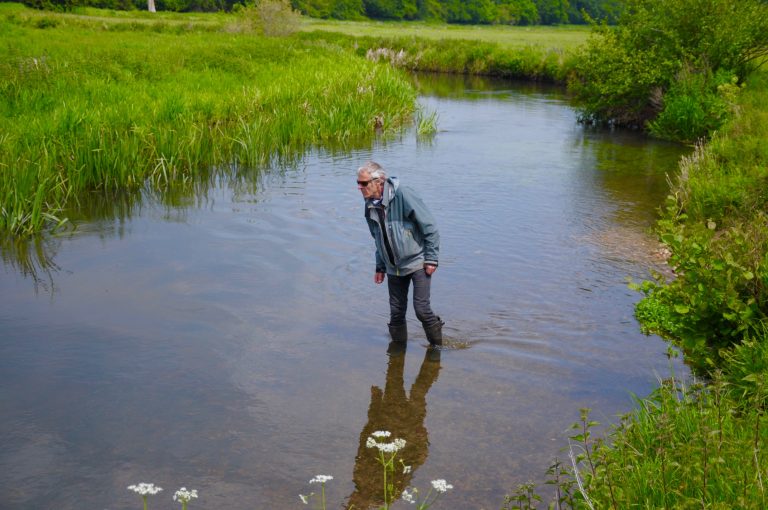 So many unaddressed problems... where has the river gone?
John Bailey

I’m like very many anglers I speak to who agree that Fishing Breaks send the one and only newsletter that isn’t binned on sight. Simon Cooper manages to keep them fresh, relevant, and thought provoking, and if you don’t get them, you perhaps should. Today, 4th June, was one of his best. Like Simon, I’d been approached this week to sign a petition (yet another one) to give the EA more money and powers. “What?”, I cried. Joking surely? No bloody way! Now, ten minutes ago, Simon backs me up in thinking the only good EA is a disbanded EA. My thoughts lie squarely with Wild Trout Trust chief executive Nick Measham when he wrote “The EA turned 25 years old, but our rivers won’t be celebrating”.

More money for the EA? I’ve been and made a cup of coffee, and in the time I have taken to drink it I have come up with these relatively recent examples of how the EA fisheries department have wasted oodles of the stuff back in my East Anglian homeland.

The upper Wensum. The EA enters into a partnership with a landowner to renovate two miles of river. The landowner does one mile, the EA the other. The jobs look equally professional at the finish. The EA spend £180k plus, the landowner, using his own men, less than £10k.

A mid-Wensum mill pool. Historically, weed is removed by hand from a sill there (a ten minute job at most for one man), until it is deemed too dangerous… my mates and I have fished from that sill all our lives without a smidgen of a problem. A bizarre, unfolding electric hoist arrangement is designed and installed over a period of months. The cost is astronomical. Three men have to be on site to use it. EA workers have to go on a regular training course for safety reasons. Privately, the EA has admitted the new contraption poses more dangers than it has solved.

Gravels are to be reinstated on the lower Wensum at Taverham. The farmer reports that four men spend three weeks on site erecting a toilet, posts, tape and warning signs before a stone is laid. He reckons two of his men could have carried these duties out in an afternoon.

A few years back, Off River Spawning Units (ORSUs) were the big thing. The EA, at humongous expense, creates these at Swanton Morley on the mid-Wensum. After two years these were silted up and useless, and today, perhaps six years after the event, you can’t even see where a single penny of the money went.

Disabled fishing platforms on the Wensum at Worthing seemed a good, even if very expensive, idea. A few years on they are collapsed, and so overgrown most can’t even be found any more. In fact, they are a positive danger to anyone now walking the bank.

More powers??? Are they not massively over-officious enough already? A friend wanted to dig a small (less than an acre) pond on some scrub on his land. No flora or fauna of any worth. No flooding risk. But no EA permission, and they swarmed like flies over it. The pond had to be filled in to a maximum depth of a foot or so, and the spoil spread for acres around to an exact depth of two inches. It’s a bog again the last time I saw it. What power they have is either unused or abused, a bizarre mix of bullying and timidity.

An infamous meeting of the Wensum Working Group. The EA report that recent barbel stockings with small barbel have failed, proving the river is no longer a fit habitat. Anglers present report that virtually all the introduced barbel were eaten by cormorants, and they have the electronic tags taken from cormorant roosts to prove it. Once again, the EA refuse to admit there is a problem and that the cormorant issue exists. AND YET, at a fishery meeting at Taverham Mill, EA officials float the idea of building an unbroken network of estuarial lagoons from Lincolnshire to Essex, filling these with fish, and thereby waylaying incoming cormorants from Europe and keeping them there over the winter. Do we really want to give these clowns more money as suggested?

Coffee finished, rant over, but the fact remains if I sat down and complied a complete list of EA cock-ups I alone have witnessed, you’d be reading a very long time. Simon Cooper calls for a ‘Pure Rivers Authority’ or similar, in place of the EA, but would we be saddled with the same boffins, the same crackpot ideas, and the same flagrant disregard for how money is squandered?

I will say I have friends (perhaps not now) who work for the Agency, and who are sensible, and right thinking, and want to do good. Trouble is, they are in the minority and have neither the power nor influence to get this juggernaut back on track. All sensible commentators agree the system is broken, and perhaps this should be our starting point, rather than campaigning for more money to go after bad? 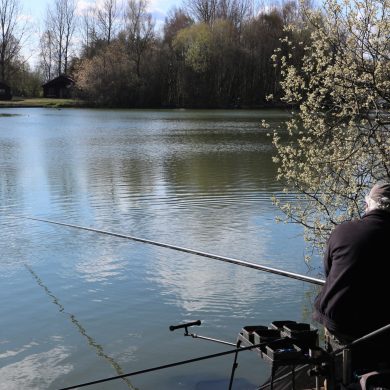