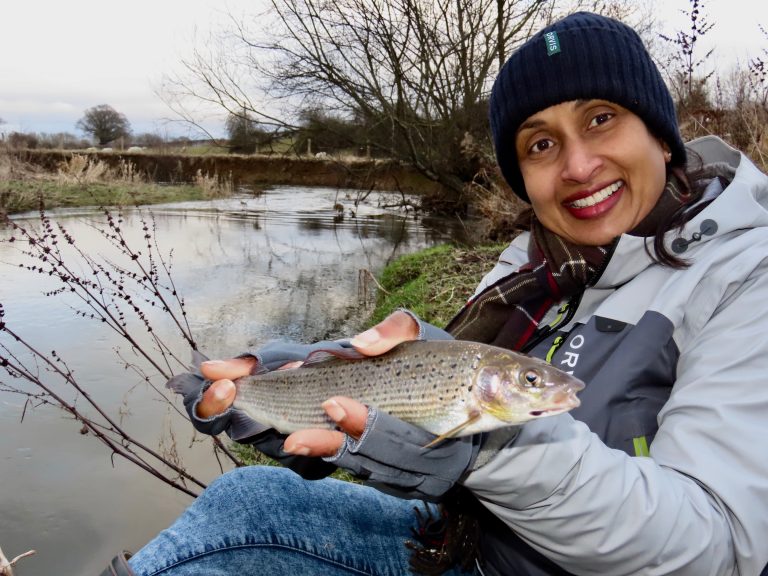 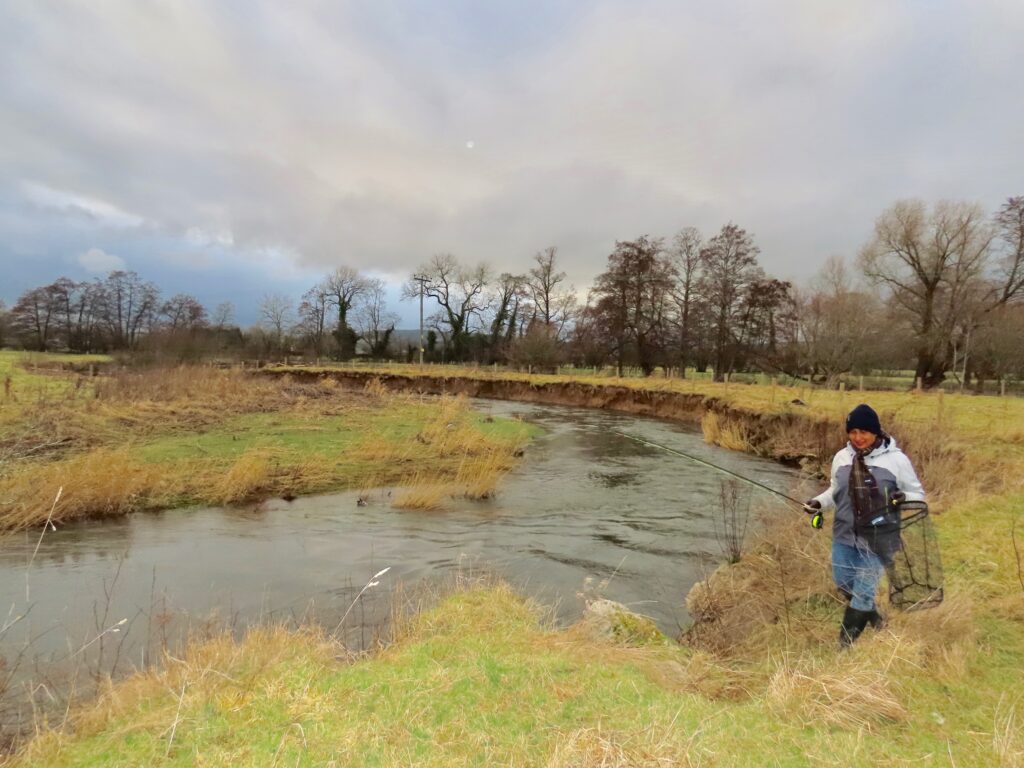 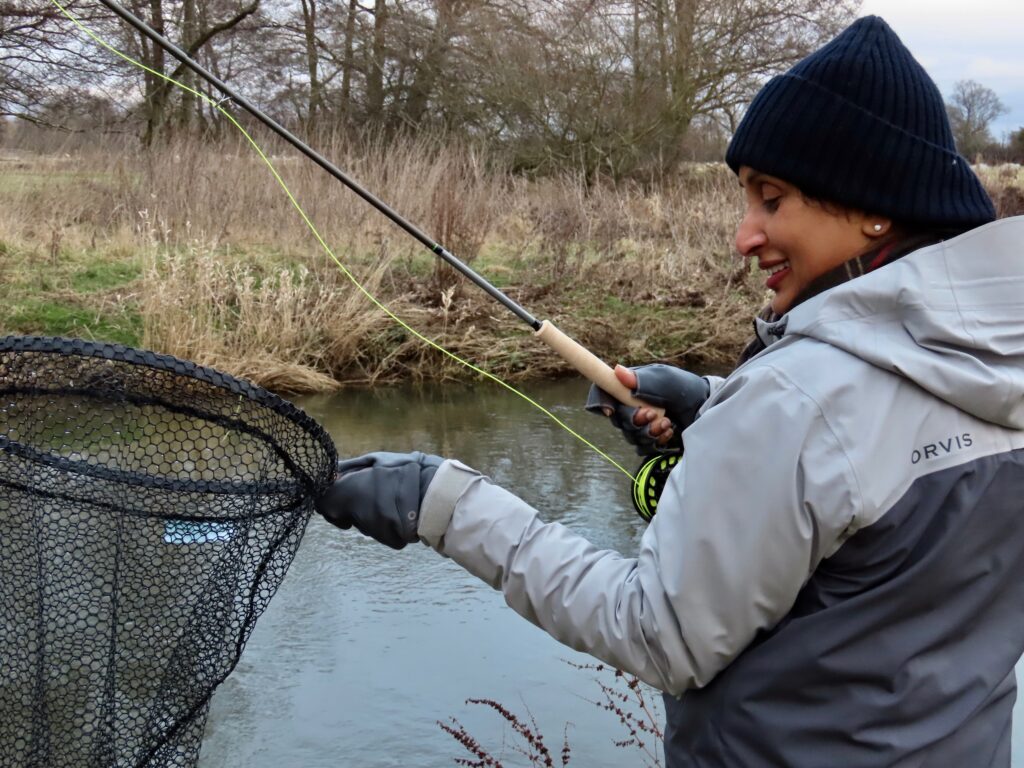 On Monday just gone Enoka’s first grayling came from a tributary of the Wye and fell for a Squirmy Wormy, if that ranks as a fly, which I slightly doubt. But which certainly doesn’t stop me using them. Anyway, she played it well and held it even better. Placating a fresh-caught grayling has proved impossible for many, and goodness knows how many photos have been aborted as a result. We let it rest in the marginal shallows, and after five minutes it made its own mind up and drifted into the current and away.

Enoka thought the fish weighed two pounds, which I cautiously doubted. Eight ounces with a fair wind perhaps. About what I expected, to be honest. All species have waters where they grow bigger than average, of course, but I have always found this more marked with grayling than almost any other fish.

Over many years, I have caught many thousands of grayling of a pound or less from endless rivers in Derbyshire, Yorkshire, Wales, the West Country, and even the so-called Wessex rivers. Yet, every now and again, I have found myself on rivers that have given up monsters… the Tummel, the Frome, the Lambourne, and the Test are good examples.

Is it down to food? Obviously, very big grayling need rich waters, I suppose. It was always considered that some Scottish grayling grow big on a diet of salmon eggs, for example.

Is it down to genetics? There are Derbyshire strains of grayling that appear to have done very well when transported South.

Do stretches of the same river come into prominence, and then fade away with surprising speed? I ask this because of Wye experiences. I have known beats produce “threes” for a year or two, before losing them and holding typical Wye fish of a pound or so thereafter.

Does that mean that you can never write off a river, or a particular beat of a river? Can a year class of grayling come through and do especially well for a short period, before dying away and leaving the water to “normal” fish once more?

Do you just fish for any grayling that might come along? You enjoy every one for the jewel it is but, with luck, every now and again, you strike it lucky with “twos” and even “threes”. 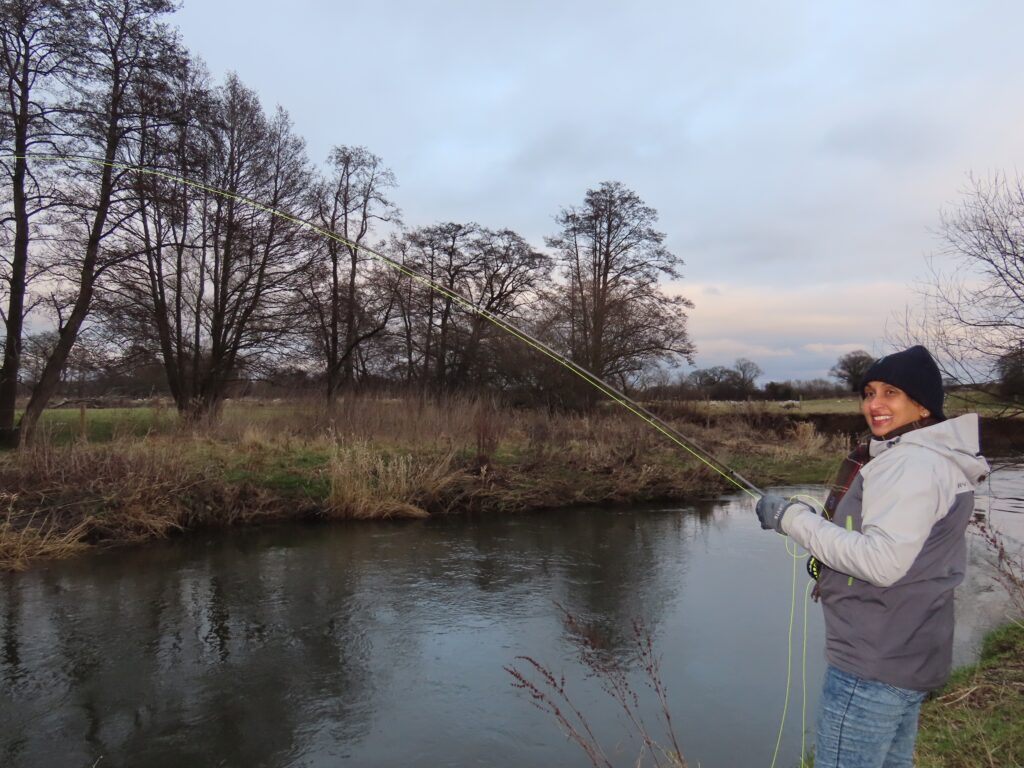 Start typing to see results or hit ESC to close
salmon fly fishing chub roach pike
See all results
More Stories
IGFA Launches New E-membership – Free for a Year!
This website uses cookies to improve your experience. We'll assume you're ok with this, but you can opt-out if you wish.Accept Reject Read More
Cookies Policy