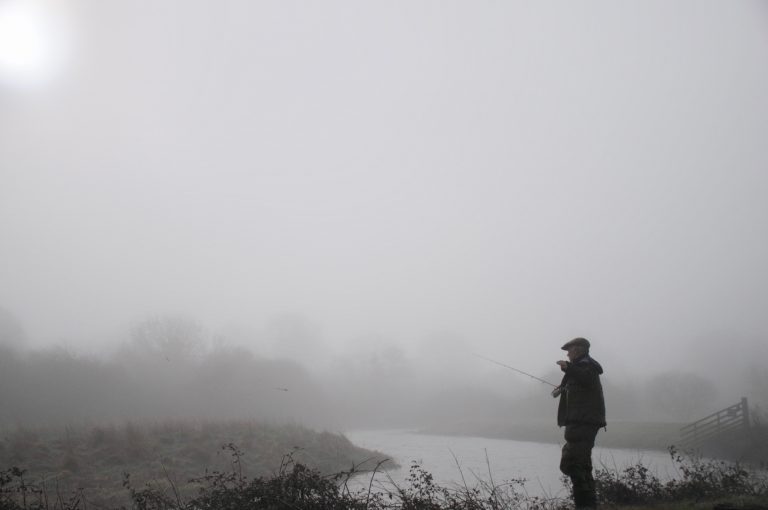 Good to hear back on the grayling issue, and why rivers come and go with seemingly startling rapidity. Perhaps an overriding issue is that these fish are pretty much without exception 100% wild, which is a dodgy claim to fame in these difficult days for rivers.

I’ve just returned from a quick trip to the Welsh Dee, which I adored, without being hugely successful.

That trip, as well as the nearing end of the grayling season, prompted me to have a scan over my UK grayling memories, and put the rivers into some sort of order.

Perhaps a milestone birthday might have had an impact as well, I wonder..? A bit of nonsense to highlight my own inadequacies…

The Frome… 9/10… (I’m aware that scoring is arbitrary, but for the purposes of debate, perhaps of use?)

Where else has given so many big fish over the years? Every yard screams big fish, and as you get up to Dorchester, the valley becomes increasingly Hardyesque.

So many fish over three pounds, I have really lost count. Big fish are not the be-all and end-all but, for once at least, they are good to celebrate.

The Dove… 8/10… Just so many happy winter memories. So clear. Such aware and spooky fish. Dovedale on a frosty morning hard to beat.

The Tay and Tummel… 8/10… Again, a New Year destination throughout the Nineties. The power of those rivers. The majesty of the fish. So dark, so bull-shouldered.

The Derbyshire Derwent… 8/10… Fishing Chatsworth at Christmas, as I did for five consecutive years from 1993 onwards, is as festive as it gets. I never recorded anything big, but the elegance of the river setting I will always remember.

The Lambourn… 8/10… Such clarity. So intimate. Memories too… my first two pound fish in the Eighties, followed by two even bigger fish the same day. Well in my top fifty days ever.

The Barle… 8/10… I had decent numbers of grayling from the Exe in the Eighties, which thrilled me, but one from the Barle, close to Tarr Steps, was the highlight of 1986 for me. That glorious valley and enchanting West Country stream. It weighed ten ounces, no more, but what a warrior!

The Welsh Dee… 8/10… As reported, just fished this, and after a mere half dozen fish, perhaps the score is over the top. But what a delight this river is. Bigger than a chalk stream, not as big as the Tay, I was just intrigued by it from the start. Living two hours or so from it has given spice to my life.

The Wye… 8/10… Because the Wye is so close to my heart I have to mark it highly, and those Welsh beats are breathtakingly beautiful in any weather. A tricky river. Location can be a nightmare. Never had even a two pounder. But I will, and therein lies my challenge.

The Irfon… 8/10… Better not forget the Wye tributaries, and this one for me is just gloriously beautiful and productive both. Every day I have spent here, since 1986, has been an exhausting delight, and a three would just about top my present list of dreams.

The Tweed… 7/10… In my salmon heydays of the late Seventies and Eighties, I fished at Tillmouth most years, and was always delighted to bunk off after grayling when the salmon were dour… which was mostly. Nothing ever very big, but this was before Czech nymphing and I found hitting one inch takes just wild.

The Arrow… 7/10… I’m JUST finding out about this lovely Marches stream and I adore it. So far it reminds me a little of Cheshire’s Dane, where I learned my river fishing, and for that reason alone, it means a lot.

The Nidd and Ure… 7/10… It’s a crime to lump Yorkshire rivers together so I’m sorry, but they tend to meld into one long whole stretching back as far as the late Sixties, when I caught a four ouncer from the Wharfe.

The Test…. 7/10… So many happy days there, and so many grayling seen and caught. What joy… but could it even be a little too accommodating?

The Tees… 6/10… For me, as hard as the Test is easy. Stunning river. Only marked down because of my own failures… like the Annan, another “sixer” for the same reasons.

The Lugg… 0/10… Only because I have yet to fish it for grayling. I’m walking, looking, and next autumn, watch out!