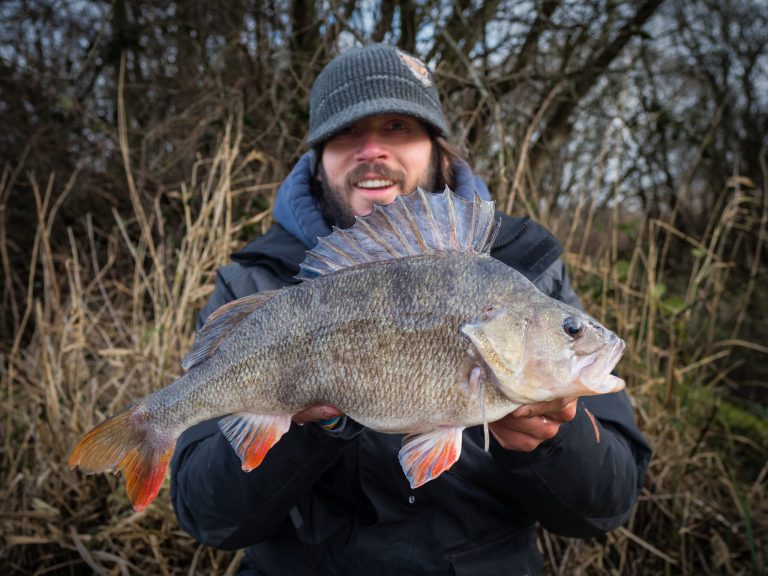 Well here we are… blog 52! One whole year since I began documenting my weekly fishing. To say it’s been a challenge would almost be an understatement. But a challenge I’ve enjoyed throughout. More so than ever I’ve focused on consistency, to catch week in and week out across a multitude of species and venues. Through my efforts I’ve reaped many rewards, understanding lure fishing better than I have ever before. So today I’m going to look back at some of my favourite captures and moments from the past fifty-two weeks. What better way to start than with a brand new special moment, and undoubtedly my greatest catch of 2022?

It was a day like many others this winter. Cold, overcast, breezy, colour muted in dull winter light, and winter chills that cut like a knife. Twenty minutes on the jig, followed by ten minutes regaining movement in the hands. That kind of day! Cast, jig, cast, jig, move, repeat. An endless cycle of perseverance in the elements. But, lure addicts like me endure, itching for the excitement and adrenalin of that hit. And very often it’s only that one hit, when targeting the biggest fish of all.

Hours had passed with no action, moving into yet another spot to continue my search, casting far and grinding my Reaction Crayfish along the bottom. Drag and pause, I found resistance in uneven bottom and felt my lure through the debris. A faint tap, strike, I was in! I immediately knew that this was big! Rod bent double, tight drag failing to contain the deep lunges, what had I hooked? This wasn’t running like a pike, yet felt too heavy to be a perch. I became more nervous with every thumping lunge that flexed the entire Ultralight rod. Denial wore off with the next set of knee-weakening runs, as the fish began to flank towards cover.

This felt like a perch! I steered the fish towards me as it began to tire, my suspicion soon to be confirmed… Moments later it broke the surface, a behemoth! A giant! I lost my freaking mind! This was surely a PB, a high 4, maybe bigger, I couldn’t tell in the excitement as I scrambled for the net. Agonising moments passed as I inched the lightly hooked fish along the surface toward my waiting net, fearful of the slightest mistake. One well-timed scoop and she was in.

I set my eyes upon the biggest framed perch I’d ever caught. A true nomadic old giant. By proportion alone she should have been a PB, but her old frame didn’t carry quite the weight of a younger fish, turning the scales to a whopping 4lb 1oz. Up there amongst some of my biggest river perch. I released her strong and fit, hopeful she passes on those amazing genetics in just another month or so.

It’s quite fitting that I follow up that amazing river perch with another, caught just a few weeks into my writing journey. This catch also blew me away. Being my first 4 from that river system and setting a new PB. It was the day of the jacks, with many a small pike hammering the lures. The sun broke through, inspiring me to try one of the new Savage Gear 10cm Craft Shads in an amber motor oil. A choice which paid off when I hooked into a powerful fish. Believing it to be another pike, I played it without much caution, receiving a fright when a huge flank broke the surface. To this day I consider this one to be one of the most beautiful perch I’ve caught, both big and immaculate.

Weeks later I began my trout campaign. My aim to catch my biggest ever wild brown from Norfolk chalk. This search led me to places seldom fished, searching vast areas of river with streamers. Small browns and wintered stockies made regular appearances when finally, I connected with something special. A fish that ran onto backing and through two root systems, leading me on one amazing pursuit. Strong line and perseverance, I freed the fish, eventually netting an amazing prize. A Norfolk chalk stream wild brown trout over 4lbs.

As the weather began to warm and a new species crossed my mind… bass. Although May’s lingering algae bloom left the Anglian coast looking like a muddy stew, I couldn’t resist the temptation. Waiting for the perfect weather front I set out in search of my first bass of the year. The water clarity filled me with doubt, but despite the odds we found fish. I soon banked a schoolie. Although, content with one I was soon rewarded when a different league of fish smashed the lure. The Summer proved tough, with good numbers but few big ones. The season ended with the biggest being the second fish of the year.

Bass blues were soon broken up by summer chub, and a campaign to catch a whopper. I spent hours walking and watching a very low stock river, when finally, I spotted two mammoth fish. Making a well-placed cast with a crank bait I soon hooked up, losing the fish mere seconds into the fight. However, I was granted a second chance on my return. Wobbling a goby crank along the surface, a mammoth chub emerged, engulfing the lure. An incredible fish, a summer mid-6 with a two-tone colouration.

There are many moments I’d love to share and not enough words. But one truly special memory is one spent with friends. My PB chub with a happily smiling trio. John Bailey, Enoka and I.

From sessions with Ben, Andy and Ieva and so many more, to visiting friends like Joe from the USA. Friends really do make the most enriched fishing situations.

Making new ones on the set of Mortimer and Whitehouse was certainly a special moment.

I of course have to give thanks to Savage Gear, Lowrance and Fishing Magic for helping me achieve my angling dreams.

And a special thanks to my readers too. I look forward to covering the next 52 weeks of fishing and wish you a rewarding year ahead. 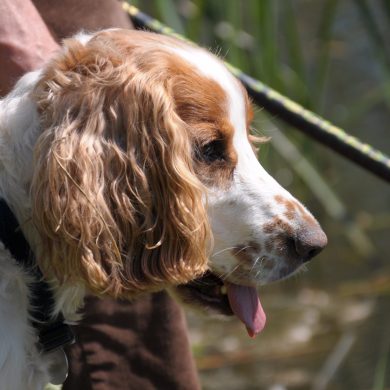