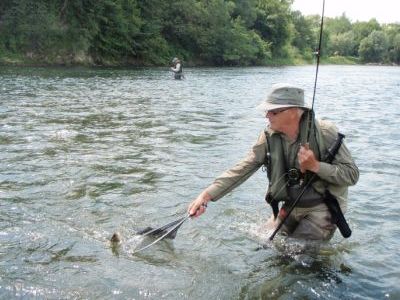 Fishing on the Frontier – Part 31

Jeremy Lucas returns with his popular series about the leading edge of fly fishing development and what we can all learn from it.

It has been a while since I wrote this column, particularly after promising to report back from the World Championship on the San River, Poland.  There is, actually, a huge amount to relate from this fantastic event, and it has been a quandary as to just where to start.  I think the best thing to do is to make a start and relay the various bits and pieces learned in forthcoming articles.

As readers of this series will know, I was on the San coaching/guiding the Australian National Team, a great bunch of individual anglers who gelled perfectly into a real team.  And here, really, was the first lesson, because I saw teams out there which were not, finally, teams at all, but collections of individuals with some vague common cause – which in all such cases, missed the mark.  The Australians were simply magnificent, using individual skills with excellent team attitude and a deft touch in management by both Royce Baxter (Manager) and Peter Dixon (Captain).  This was telling.  In all cases I witnessed, those teams without such a blend of the above, finished out of the top ten. I was in a very good position to make such observations, for the first time being involved in a major championship without actually competing, and thus afforded a completely different, and far more balanced, perspective.

As reported, the spring fly hatches were disappointing, and throughout the practice period in the weeks leading up to the championship, the water was mostly high and always very cold, hovering around seven Celcius, and feeling colder than this!  The two most significant invertebrates were danica mayfly, which were mostly ignored by trout and completely ignored by grayling – to the puzzlement of all of us – and various caddis, which were avidly taken by both species, though this was way off the potential that the San can achieve when smaller upwings hatch in numbers.

Practice had been good enough, however, such that we focussed on three main methods, dependent on prevailing conditions.  Double nymph on a semi-leader to hand rig was effective when few or no fish were showing.  In streamier water up to perhaps three feet deep, duo rig, or nymph under dry as the Aussies call it, was effective, particularly with a caddis imitation as the dry fly, and a small bead headed PTN on point about three feet below the dry.  Top choice, however, for me and every successful competitor I observed, on nearly every river session, was single dry fly.  I noticed, also, that most competitors, including the Poles, set up streamer rigs, although in the event few used this approach for more than 10 minutes in any river session.

As an international superviser, I observed closely the team Poland competitors on Sector IV (San River), and therefore was able to see quite a lot of what was happening on neighbouring pegs up and down stream.  This sector also fished the best of the three river sectors, so there was always plenty to see.  In all cases, it was obvious that team Poland had a team plan, because the approach was identical throughout.  Double nymph on long leader was used as a starting point with a very quick switch to dry caddis, often within ten minutes.  In the first four sessions, with the river very low (as the hydoelectric dam organisation closed off all turbine water release throughout the championship), rising fish were observed – seldom in huge numbers, except for one lucky Frenchman who had a bank to bank grayling rise throughout the duration of his session, immediately below the Polish competitor who had virtually nothing rising anywhere on his water!  My Polish competitor, his controller and I were exasperated by this, actually, because the Frenchman caught nine fish from his peg (on a mixture of single dry and duo rig) and we all thought he should have been deep into double figures given the number of fish surrounding him.

The pattern was as follows: double nymph usually produced one or two fish within the first 15-20 minutes, and then dried up.  Fish were seen rising and the competitor swapped rods for the dry caddis rig.  This usually produced the most fish, and was fished for longest in all sessions observed, and of those I heard about in detail.  Some competitors spent between half an hour and an hour on duo rig, again using a caddis, with variable results, but all tended to revert to double nymph for a period, finishing on dry caddis or, in some cases, a small single plume tip variant, to pick up valuable, late session fish that frankly would not have fallen to anything other than subtly presented dry fly.

You will already, if you are interested in such things, be familiar with the way these championships ended, but I can perhaps add some colour to the otherwise monochrome results sheet.  One thing is for sure, the coveted top 10 positions were hugely deserved, by superbly organised teams.  With 28 nations fielding teams in this 30th FIPS Mouche World Championship, fiercely contested, a top 10 really made a statement.  One might have predicted the top four, though possibly not in the order they finished: Czech, France, Slovakia and Poland.  Three of these are, after all, probably the top three teams in the world, particularly on rivers.  Fifth placed South Africa, however, had a refreshing and stunning result.  This team all had session wins on the difficult lake sectors, and certainly performed adequately – even well – on the river.  New Zealand and Australia also produced outstanding results.  I mean, put this in perspective – three non-European teams, with very little grayling experience (or in some cases none whatsoever), on the San River – Europe’s premier grayling venue – finishing fifth among the top European teams, and displacing many of these from the top 10.  If this does not make a pretty profound statement about preparation and management, then nothing does.  See it like this: everyone selected to represent their country at this level is a top angler, with all the skills and strong competitive spirit.  So, the significant variable here is management, gelling that team of individuals into a competitive force.  Make it into the top 10 in such company, and you can call it a success.  Outside and, well, you’re outside and there can be no excuses.

Having said this, however, I was very disappointed for some individuals who drew simply dreadful pegs.  Howard Croston (England) was one of these who drew three awful river sections.  There is nothing one can really do about this, other than save the dreaded blank (which Howard managed to do on two of these pegs).  Throughout the team, however, and certainly through a championship, the draw usually evens out, making as level a playing field as is possible in the river competition (as opposed to lake, which is very different).  To illustrate this, John Horsey (England), drew rather better pegs, and certainly made the most of these, ending a staggering third overall.  At one stage I thought he had a real chance of becoming World Champion, but reaching the podium is outstanding.

Analysing the results, in the light of talking to the competitors themselves, the picture gradually becomes more focused.  Did the South Africans have a method; did all the top ten teams truly earn their positions; was the 30th FIPS World championship the landmark event it was billed to be; and did we all come away from Europe’s greatest mixed trout and grayling river having learned a great deal in this extraordinary sport of ours.  The answer to all the above is a resounding yes, and I shall be explaining why, adding the colour, in future postings. 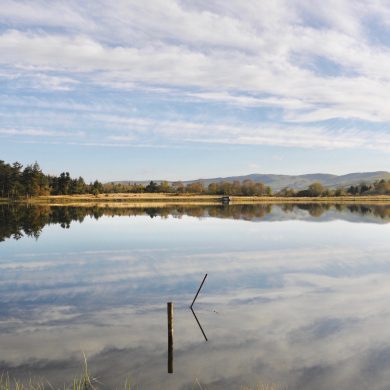 Gone Fishing: The Consultant’s View – Welsh Wild Carp
This website uses cookies to improve your experience. We'll assume you're ok with this, but you can opt-out if you wish.Accept Reject Read More
Cookies Policy