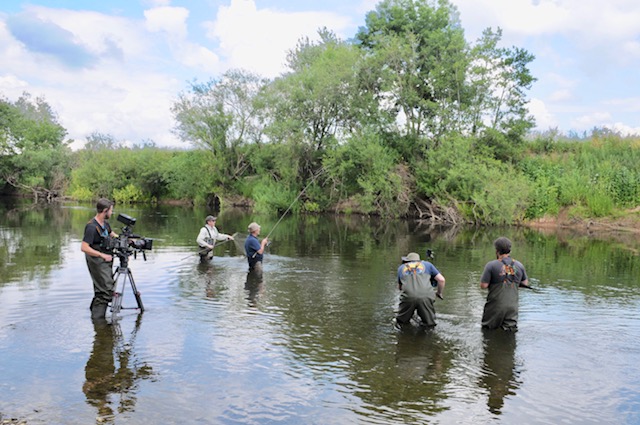 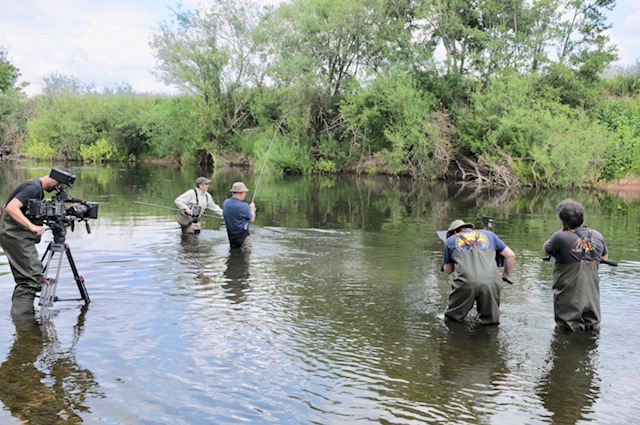 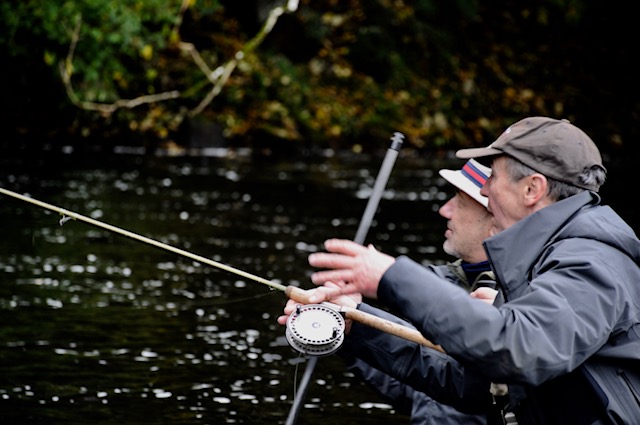 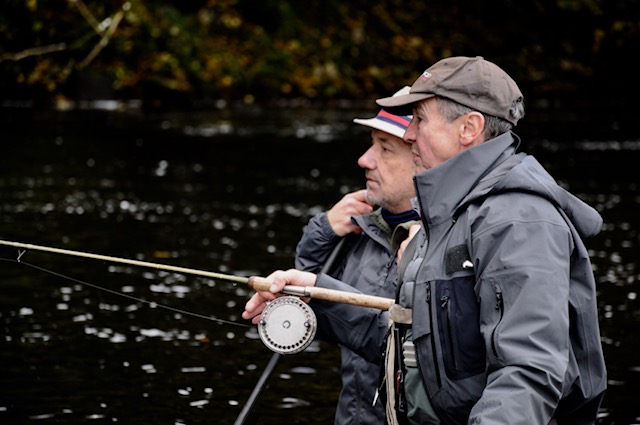 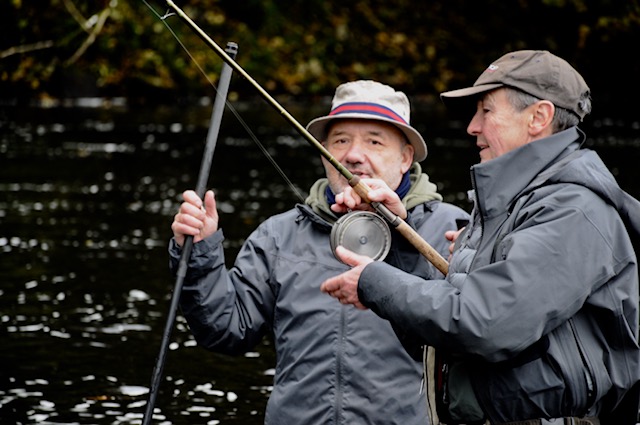 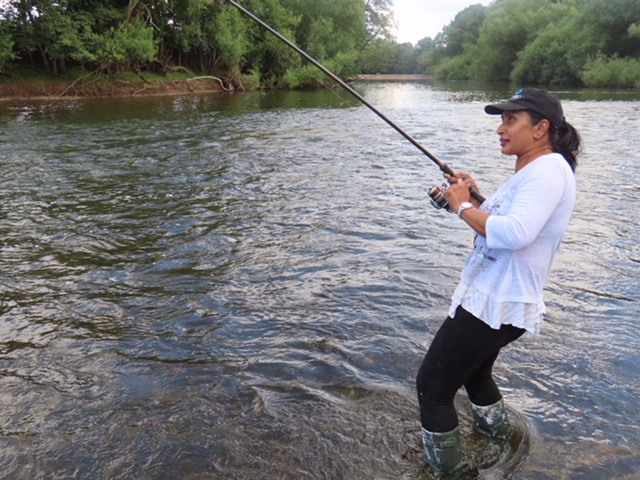 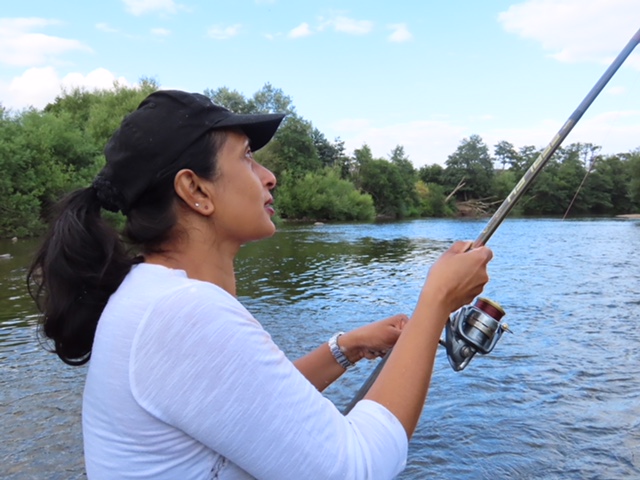 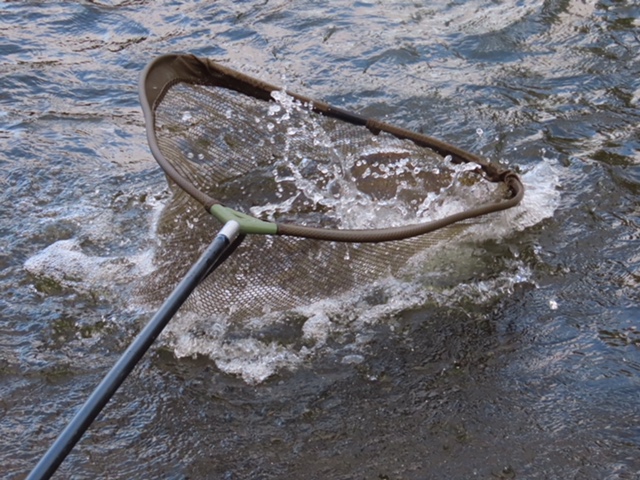 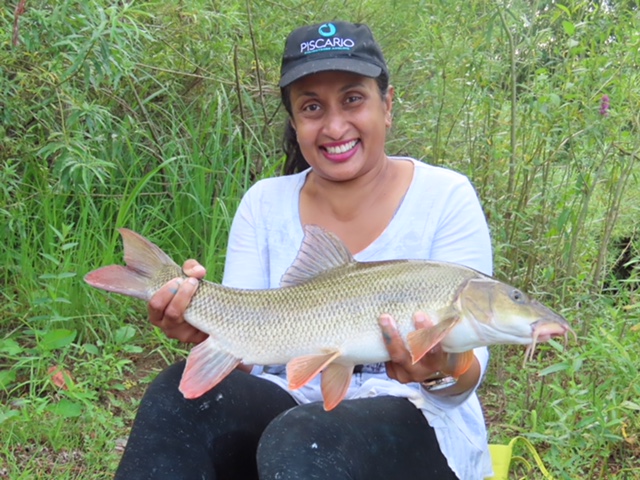 Perhaps this is shameful publicity for the upcoming series of Mortimer and Whitehouse: Gone Fishing that’s on its way to BBC2 very soon, but there is at least one message in it wanting to be explored.

A catch-phrase of the show has become Paul’s plea to Bob, whenever the latter is into a decent fish. “Don’t wind, you moron, don’t wind” has become an instruction that anyone close to the show has come to recognise.

It’s funny, in a tense sort of way, but it is very pertinent as well. The fact that there are generally cameras around when Bob is playing a fish only means that the onus on landing it is substantially increased, but Whitehouse appreciates a deeper truth. If you put a hook into a good fish (any fish come to that) you really have a duty to land it. But how do you teach the actual playing of a fish to a youngster or a novice?

This dilemma was brought home to me last night when darling wife Enoka was playing her third ever barbel, and I found myself doing a Whitehouse. Barking instructions only leads to confusion, irritability, and increases the chances of losing the fish.

But how do you pass on advice on playing an angry, sizeable fish when there are so many considerations and pitfalls? Anyone over the age of fifty or sixty will remember that we started our fishing small and worked up the size scale over years, if not decades.

In the Fifties, I was catching gudgeon. In the Sixties, roach and small brownies. In the Seventies, tench and carp. In the Eighties, salmon, sea trout and barbel. In the Nineties, mahseer, taimen and even a sturgeon or two.

Today, Bob, Enoka, and a million others want to begin with big ‘uns that pull your arm off but they don’t have the grounding to bring these fish to the net.

I recognised this first donkey’s years back when I ran school angling clubs. It’s no use telling a bright lad doing his A levels that we’ll spend a year catching dace, and if he progresses we’ll move on to perch. Today, everyone wants to net Whackers from the start, so how do you begin to coach this… for the good of fisher and fish alike?

After decades of teaching and guiding I still have no more of a clue than Whitehouse does on how to accomplish this, and I can offer only vague observations made over years on the front line.

In my experience of watching fish lost, most go that way because clutches are set wrongly. I always like a comparatively loose clutch because you can tighten more quickly than loosen off. By the time you do that, it is frequently too late. Cheaper reels have less reliable clutches, and I always check these every hour or so, especially in rain, cold and sun… which is most of the time.

In large part, this is why I like playing fish on centre pins and fly reels simply because you are in charge, rather than gearing made in China somewhere. Pin control might take a tad longer to learn but in the end it is worth the effort, and whilst pins do not do for every situation, they are good to go to whenever possible.

The old cliché of letting the rod do the work hasn’t been invalidated by time. Many half-experienced anglers allow a rod to be flat lined, and once it is anywhere near horizontal to the water you are in big trouble. We all know that, and that is why you so often see Whitehouse with his hand above Bob’s rod butt, pushing it higher. But equally, we all know too that you must not have the rod so high the bend goes out of it. Blimey… getting confused myself here.

One “skill” that many of us overlook is that of “pumping” a fish, especially a really big one. I confess I hadn’t focused on pumping ’till I began to fish in India where the guides made me realise that this was the only way to lift a huge mahseer from the bowels of a river like the Ganges.

Slowly, gently, lift the rod – and the fish – and then reel line in swiftly and smoothly as you lower the tip, and repeat the process again and again ’till you have him by the bank. It’s hugely satisfying, endlessly efficient, and of course a technique you can scale down for a barbel, a salmon, or a big carp.

In my guiding life, after clutch settings, I’d say most fish are lost because anglers, even good ones, do not have confidence in their tackle and, more importantly, in themselves. We all know that if tackle is “balanced’ it is notoriously hard to break the line, even fine ones, but that knowledge is often jettisoned in the white heat of battle.

I’d say it is better to be broken or have a hook pull than to let a fish win the tug of war and bury itself in a snag where real harm can ensue. I haven’t seen many good fish landed by being timid. (Even if you are coaxing a fish, or walking it, or playing it with gentle hands, that is not the same as being timid in my book.) And never give up on a fish. There are endless ways of getting a fish out of a snag, and recently I saw Paul work for twenty minutes to get a fish out and on the move again for Bob. Top angling, no doubt.

So, certainly not an A-to-Z of How To Land Fish, but perhaps food for thought – especially as I believe the angling trade has designated this August as Take a Friend Fishing Month, or something like that. This IS the holiday month. Perhaps now is the time to take a friend/son/daughter/or whoever fishing in whatever discipline that you like.

Especially as we have Mortimer out there showing how it should be done. 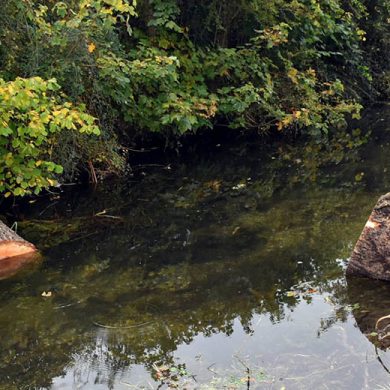 With my left foot, Thierry Henry would be complete
This website uses cookies to improve your experience. We'll assume you're ok with this, but you can opt-out if you wish.Accept Reject Read More
Cookies Policy