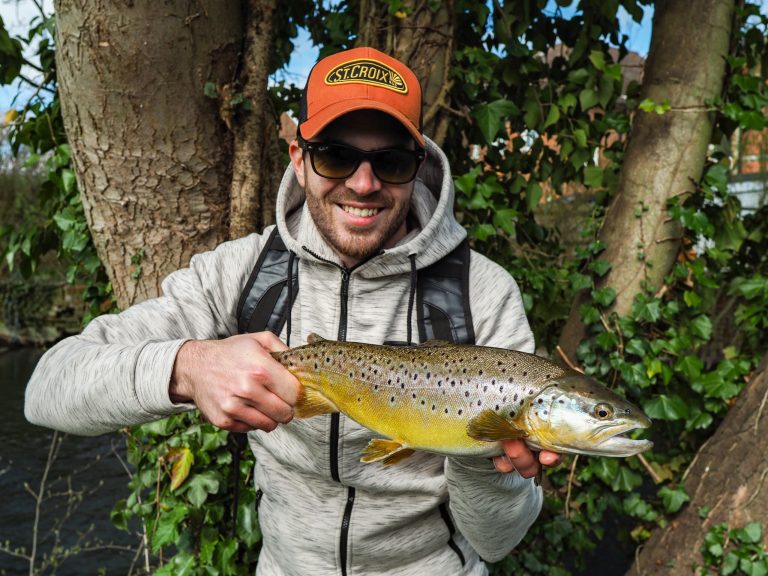 THE FLY vs THE LURE

Trout on lures. It’s not something I’ve done before. In the past I’ve caught the occasional trout on lures as by-catches, while targeting other species. But I’ve never attempted to catch one by design. It’s something I’ve been keen to try but haven’t, due to location. Home for me is East Anglia, and while we have small populations of trout, our regional by-laws allow the use of artificial fly only. So over the last few years I’ve become addicted to fly fishing. Searching out small streams and overgrown river sections, in pursuit of wild trout. Last year I spotted some particularly large fish, possibly well-established stockies, but monsters none the less. I knew that the best way to target these large predatory fish early in the season would be with streamers. But before tackling that mission I planned on learning more about lure fishing for trout, and combining the two tactics.

A change of venue was needed, so I got together with my good friends Rob and Sam, aka the Twins. They kindly took me to a few of their locals where lure fishing for trout is allowed. I was keen to have a go at a new tactic, but first I wanted to see just how effective it was next to fly fishing. We met on the bank early with plans to tackle an urban venue, holding a mix of both stocked and wild fish. It was a cold, crisp morning and bites proved difficult to find, but as the daytime temperatures began to rise, the fish became more active. It was a slow start for the twins on lure tactics, so I persevered with the fly. After a few fly changes and a conversation with a local fly angler, I decided to try a Black Skull Head Woolly Bugger on an intermediate line. I worked through each swim, heading upstream, working the fly with short quick strips. It wasn’t long before I hooked my first fish of the day. The take was subtle but the fight that followed was amazing. The fish took off downstream like a rocket. Despite using a fairly sturdy 5wt set-up, I struggled to turn the fish and soon realized I’d been following it for at least 60yds. Finally, the fish began to tire and after a few more speedy runs it was in the net. My first trout of the day.

TIME FOR A SAVAGE GEAR MAYFLY

I continued to fish through the morning managing a couple of follows, another banked fish, and one lost at the net. It was proving to be a productive day, meanwhile the twins had been struggling to convert follows into takes with their crankbaits and micro spoons. I really thought that the lures would be by far the most effective tactic, but perhaps due to conditions they weren’t responding to a more aggressive approach. With lunch approaching, it was time to explore our findings and experiment. The twins had tried micro soft plastics with little success, but I had also struggled with streamers, outside of dark black or brown colours. In my backpack I had some 50mm Savage Gear PVC Mayfly. A micro soft plastic, not too different in profile to a small Woolly Bugger or Damsel. Even better, they were in black. I gave a few to the twins to try on their tiny 0.8g jig heads. They fished them through much like a euro nymphing rig. Casting upstream, allowing them to bump the bottom, maintaining perfect contact, all while imparting micro-movements. They fished them through the flow, allowing them to lift and hang at the end of the run, very soon they produced some quality fish. The tables were turned, and this time I was getting thrashed. Both Rob and Sam managed some real beauties up to the 4lb mark. The direct contact of micro braid on a delicate rod set-up made a real difference. The success of the lure-nymphing approach persuaded me to mix up my tactics and try a bit of nymphing myself.

I set up a team of nymphs under a New Zealand wool indicator and glanced through the fly box. I picked a tungsten Shrimp as the point fly to get the rig down, and French Nymph on the dropper as the black and red theme had proved effective already today. There had been a few olives hatching, so I was quite confident in my choice. It wasn’t long before the indicator buried and I hooked into a quality fish. Plodding upstream steadily I took it slow, conscious of the much finer hook and light tippet. A change of direction and fast downstream run raised my blood pressure quickly! The hook held and the final fish of the day was in the net. A few quick pics and another great fish released.

A great day had come to an end with all of us enjoying some awesome, urban trout action. The fly had paved the way finding the winning tactic on the day. But once mastered, the lure had been so efficient in picking apart a swim. I left the water keen to return and have a go at targeting them on lures myself.

Stay tuned for next week’s blog, and Day 2 of my trout fishing adventure. The lure rods come out and the trout are ferocious. 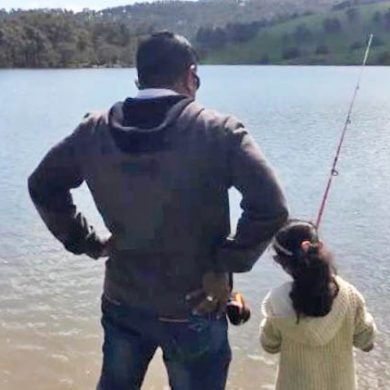 Kids All Over the World Are Trying Fishing
This website uses cookies to improve your experience. We'll assume you're ok with this, but you can opt-out if you wish.Accept Reject Read More
Cookies Policy