Fly Fishing in Europe – Perch and Fly is Worth a Try!

Since my childhood, I have fished for perch, the common name for fish of the genus Perca, and freshwater game fish belonging to the family Percidae. Embued with shimmering shades of colours like a Chagall lithograph this is by far the best time to try some great fly rod fishing for them. In my area, big perch are nicknamed “hunchbacks” because of their silhouette when they reach a respectable size.

I was just a kid when I had my first encounter with this wonderful “zebra” fish as I followed my father in his quest for pike. During a conversation at the water’s edge, an old angler who nearly always fished the same pool proudly handed me a huge one, which was around four pounds. The specimen had swallowed a small bleak hooked under a red float. This beautiful fish, probably one of the most colorful freshwater species, fascinated me.

When nature smiles like the lithographs of Marc Chagall, it is hard not to take your fly-fishing rod to go and enjoy it. As so often in the winter season, the banks are deserted, only a few mallards nervously avoiding the hunters are around for company. In this sector, the river divides into two separate arms. One is very crowded with branches brought by the floods of autumn, a top venue for perch. To cast a fly to these “zebra” devils, it is necessary to locate schools of small fish that they feed on in winter. According to my experience, there’s a favouritism for small bleak, which is by far their preferred prey probably because of their incredible brilliance in the water.

To fish this water I’m tackled up with a 9 foot rod and a clear intermediate number 6 line. My long leader ends with a size 8 fry imitation. A first splash along a dead tree caught my attention. A few bleak shot out of the water like little silver arrows. I wade in the water slowly and carefully to clear my back cast and my little fry falls close to the obstacle. I would strip twice quickly and the line tightens suddenly. The bend of my rod is now impressive, and my line slips at full speed but a couple of minutes later a good perch glides into the net followed by two others who wonder what happens to their peers. This fish is beautiful, adorned with gold and copper, a marvel of nature that goes back a little further down the bank not to scare all the school.

As there are no other bites, I decide to change for my “upside down” streamer, a kind of big Crazy Charlie with more weight in the dressing. A large splash broke the surface on my left along the riverbank. My fly falls in the middle of this chase and the line stretches away quickly. On the first retrieve, a nice perch is on! A big perch with orange fins can be admired a few seconds for the camera before returning to the water. I noticed that during the chases, the fly must be animated in fast jerks while in the interval between the perch attacks a meticulous figure of eight retrieve often makes the difference. Very often the first captures are not the biggest, they are due to small ones that chase fry fish on the surface. The largest perch await their prey safe from boulders or in the dead woods that haunt the area.

That morning I caught a good dozen perch with great pleasure. Perch are an excellent sport fish and they can be caught with a variety of methods, but with a fly rod it’s one of my favorite species. Maybe it is just because of their hardy nature or aggressive attitude, but perch fishing with a fly is becoming one of Europe’s most popular sport fishing opportunities.

Perch are a largely territorial and an aggressive species. On my last trip to the Swedish Lapland, fishing the surface with poppers was a very effective technique for covering large amounts of water and catching good numbers of quality fish. It is time for you to give it a try…

My fishing tackle for perch: 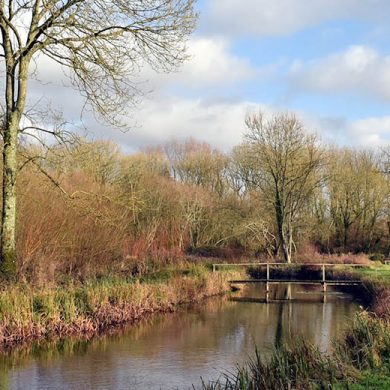 A Dark Office Party, Shortages and Being Kind.
This website uses cookies to improve your experience. We'll assume you're ok with this, but you can opt-out if you wish.Accept Reject Read More
Cookies Policy