Fish&Fly have been promoting the ‘Million Dollar Fish’ initiative that is taking part across Australia’s Northern Territory (or ‘Top End’ as it is known) and although the main prize fish has yet to be caught some terrific prize specimens have been landed, topped by an amazing double capture that has netted Nathan Neave a cool 20,000 Australian Dollars.

A Top End fisherman — against incredible odds — has caught his second $10,000 tagged barramundi in a secret fishing spot off Darwin Harbour.

Nathan Neave netted his first prize barra on New Year’s Eve, and the lucky 19-year-old pulled another $10,000 fish out of the water this month!

“I didn’t even think I would catch one of the fish let alone two,” Mr Neave said about his success in the NT Government’s Million Dollar Fish competition.

Expert tagger Bill Sawynok, who spent two months catching, tagging and releasing the prized barramundi in locations across the Top End last year, said the odds of someone catching two fish was huge.

“It’s like winning lotto, and what are the chances of someone winning gold lotto twice,” Mr Sawynok said. 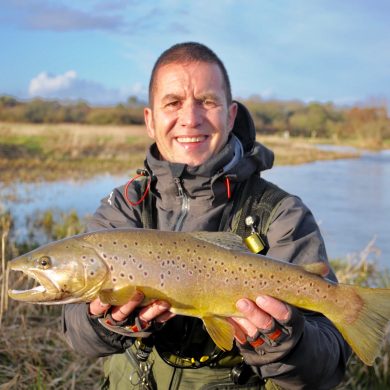