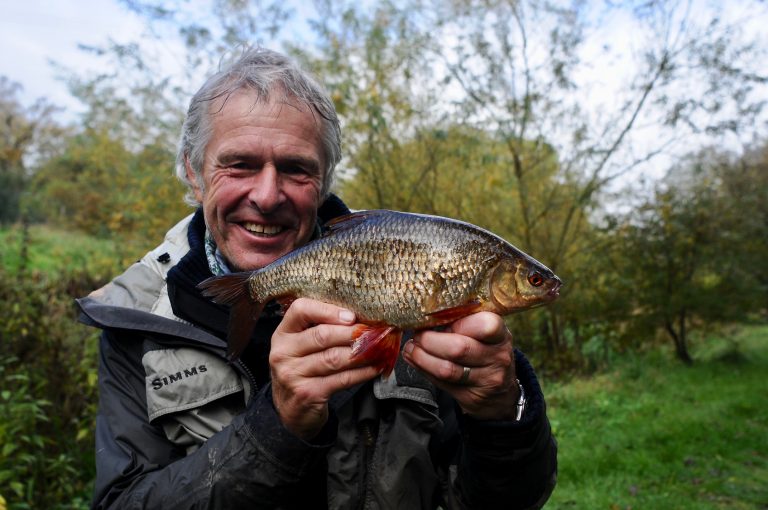 As a bit of a birder, I was fascinated by the recent spat over in New York over the snowy owl that turned up in Central Park. David Barrett thought this was an excellent thing (naturally), and advertised the fact on his Manhattan Bird Alert site. Ken Chaya of the Linnaean Society of New York angrily decried this move, citing it as creating a “flash mob” of bird paparazzi. Judging by the comments, there is no doubt that many New Yorkers took succour from seeing the owl, and other species, during this difficult winter. But equally, what was therapeutic for them in all probability was not balm to the soul of the owl. Basically, the row centred on whether you help the people or you protect the birds.

Just as I was pondering this one, a near-equivalent in the fishing world popped up too. A great friend of mine (everyone will be nameless in this piece) caught a clonking great chub, a fish so big he wanted to preserve the anonymity of its place of capture lest an army of chubbers descended. His motives I know were completely sincere. He was thinking of the fish and wanting to minimise the chance of further stress, so he changed the name of the river where he caught it for the press reports. This is all fine and dandy, but for the fact that this chub was recognised by a previous captor who subsequently hit the roof over what he felt was gross deception. Now, I am puzzled by much of this. I see why my friend wanted to make mention of the fish, both for personal reasons, but also because it was a fish of historic note. I also sympathise with his desire not to lead other anglers to the fish’s door. I’m unsure why the previous captor should be so angry about this. Does he want that fish to be targeted repeatedly? Is he outraged morally? Is he simply miffed his giant is not now his triumph alone?

EVERYONE WAS AT IT

Back in the Seventies, when I was a young Turk on the specimen scene, this sort of thing happened all the time, and was completely par for the big fish course. Everyone was at it. This was the era of secret waters, secret baits, secret rigs, and secret squirrel even. John Wilson gave me a bollocking for revealing the fact I caught one of my first big roach from the Wensum near Norwich. Thereafter, he insisted we did what my chub friend has just done, and report roach, but slightly mislead on the river of their capture. In the end this became nonsense. We caught big roach from all the Norfolk rivers, so it became futile to protect any one of them above others. We were young, silly men, but that is what we all did back than. Sometimes it was cruel. I bitterly regret lying to a friend about the venue of some big perch I was catching in the early Eighties. I denied they came from an estate lake he mentioned, and then a year later the photos of them unmistakably caught there were published in a book written by me and Roger Miller. There was no excuse for that, apart from a selfishness I have regretted for forty years.

Until 2019, I had believed this type of behaviour had largely subsided this century. I thought the internet had created a measure of transparency that had punctured the secrecy bubble. Also, personally, I had increasingly withdrawn from the “scene”, and had really devoted myself to exclusive waters where I could fish in serenity. This fool’s paradise was exploded when I guided a client to the capture of the present record grayling, and my serenity was shattered forever. When the capture of this fish was aired, I lost two very dear friends who regularly fished the same river with me. The captor and I had gone to great lengths not to name the river, or the location along it, but this was not good enough for my friends, with whom I have not talked since. I can sort of sympathise, but I don’t know what else I could have done. They knew I was guiding on the river, and that a very big fish was on the cards. I believe there is a duty to history to inform of big and record fish and, anyway, that decision was rather that of my client than of mine alone.

Fishing has always been beset by moral dilemmas. False weights. False record claims. There wasn’t a long-running column in one of the magazines called “Snide Rumours and Dirty Lies” for nothing. For my part, I believe it is sometimes justifiable to be hazy about where a big fish is caught from, but I do believe angling history depends on the capture of these big fish being recorded. In Norfolk, I can immediately think of the location of a very big wild brown trout in a tiny chalkstream. There is a potential record barbel still in one stretch of the Wensum. Had I been around the capture of either of these fish, I’d want the world to be told the “hows” of the case, but not the exact “wheres”. Am I being selfish? Am I wanting my fishcake and eat it? Am I simply shielding trophy fish, whose desirability makes them vulnerable? That Owl, that Chub, that Grayling… where does the right way lie? You tell me!

Start typing to see results or hit ESC to close
salmon fly fishing chub roach pike
See all results
More Stories
Atlantic Salmon Record Season on Ponoi
This website uses cookies to improve your experience. We'll assume you're ok with this, but you can opt-out if you wish.Accept Reject Read More
Cookies Policy