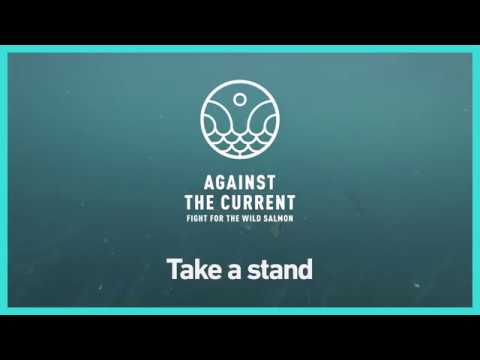 Iceland’s Parliament is preparing to consider a bill that would give the world’s largest aquaculture corporations unfettered access to the country’s famously pristine rivers and fjords, with dire consequences for the environment and local aquatic life.

These companies want to import a cheap and destructive method of salmon farming called open-pen net farming, or “uncontained aquaculture.” Barred from expanding in their home country, they need new territory to exploit—and Iceland’s unspoiled waters and lax oversight make it the perfect target.

But in true Icelandic spirit, environmentalists, business owners, and residents are demanding a stop to the bill, demanding a thorough environmental review and consideration of sustainable alternatives. They need your help. Can you show your support by signing their petition? Let Parliament know the world is watching!

Why is uncontained aquaculture harmful?

2. Lice & disease. High densities of trapped fish are vulnerable to infestation by disease and parasites. Sea lice is the biggest threat. They feed on the mucus, blood, and skin of salmon, eating fins, eroding skin, and causing constant bleeding and deep open wounds—even death. They also attack wild baby salmon migrating to sea. These lice are typically removed before coming to market, so consumers don’t even know their food was infested.

I’ve personally witnessed the damage to our oceans that open net salmon farms have caused in the U.S., Canada, Chile and Norway. They are also producing a toxic product that should never be eaten by humans or even our pets. We already know that there are better ways to farm, but will we have the imagination and courage to do the right thing for our home planet?

But with wild salmon populations in danger, how else can we meet the increasing demand for protein and food?

There are other safer and better alternatives, like closed containment and land-based farming. These systems force aquaculture companies to deal with waste, chemical runoffs, diseases and parasites, without contaminating local ecosystems. And there’s no escapes, so wild salmon populations have a chance at surviving without interference from man-made technologies.

#AgainstTheCurrent seeks to reverse the trend of destroying nature to cheaply produce fish. Tell Iceland’s Parliament to freeze expansion of uncontained aquaculture while it creates a regulatory regime in harmony with nature, one that prevents the spread of pollution, disease, and genetic destruction.

Iceland can be a leader in sustainable aquaculture. Sign the petition via the button below and spread the word!